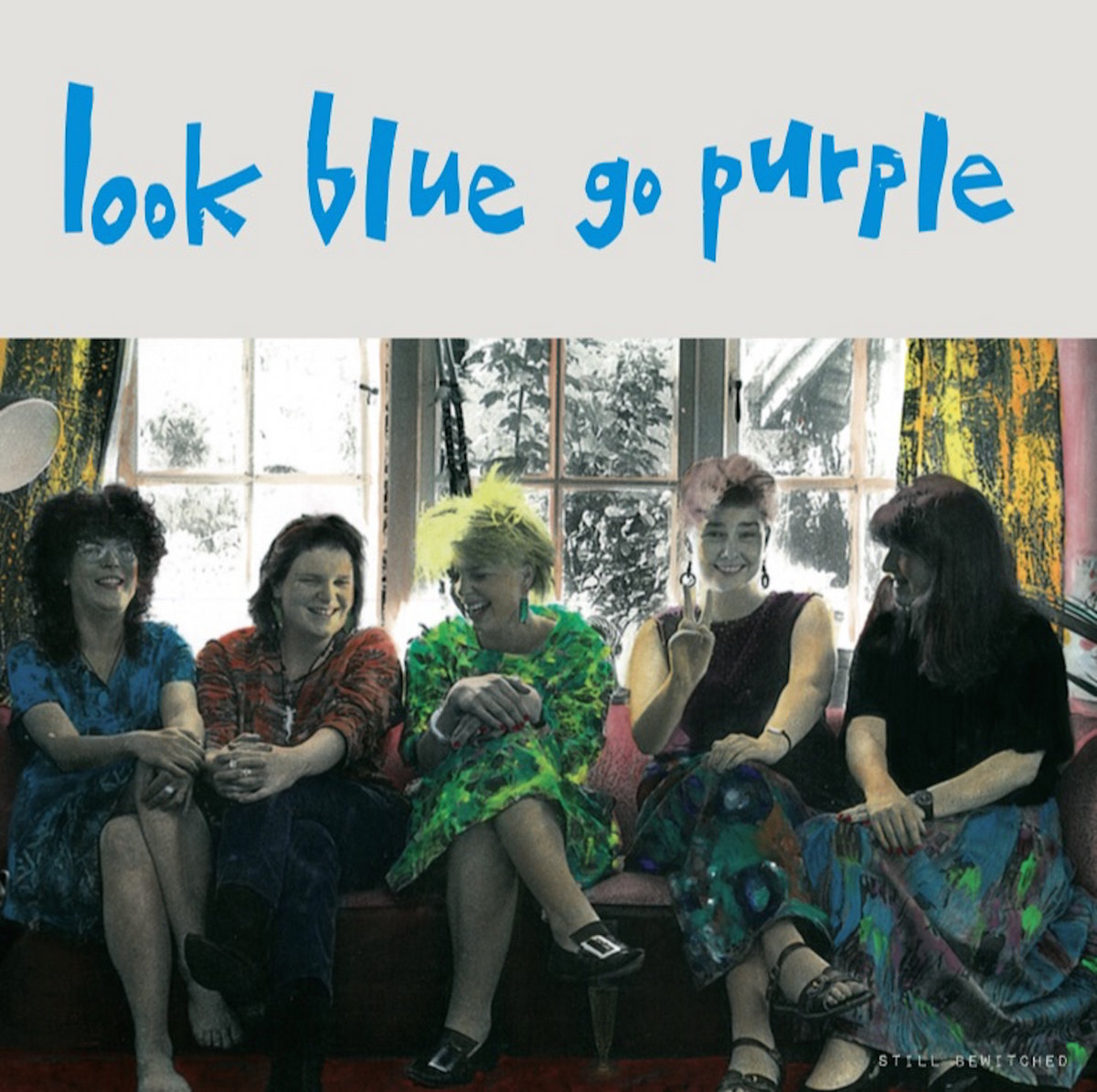 Bandcamp for Bewitched
Flying Nun Records
Omnian Music Group page for Bewitched
Posted by Rocksteady74 (Scott) at 5/05/2017 No comments: Links to this post 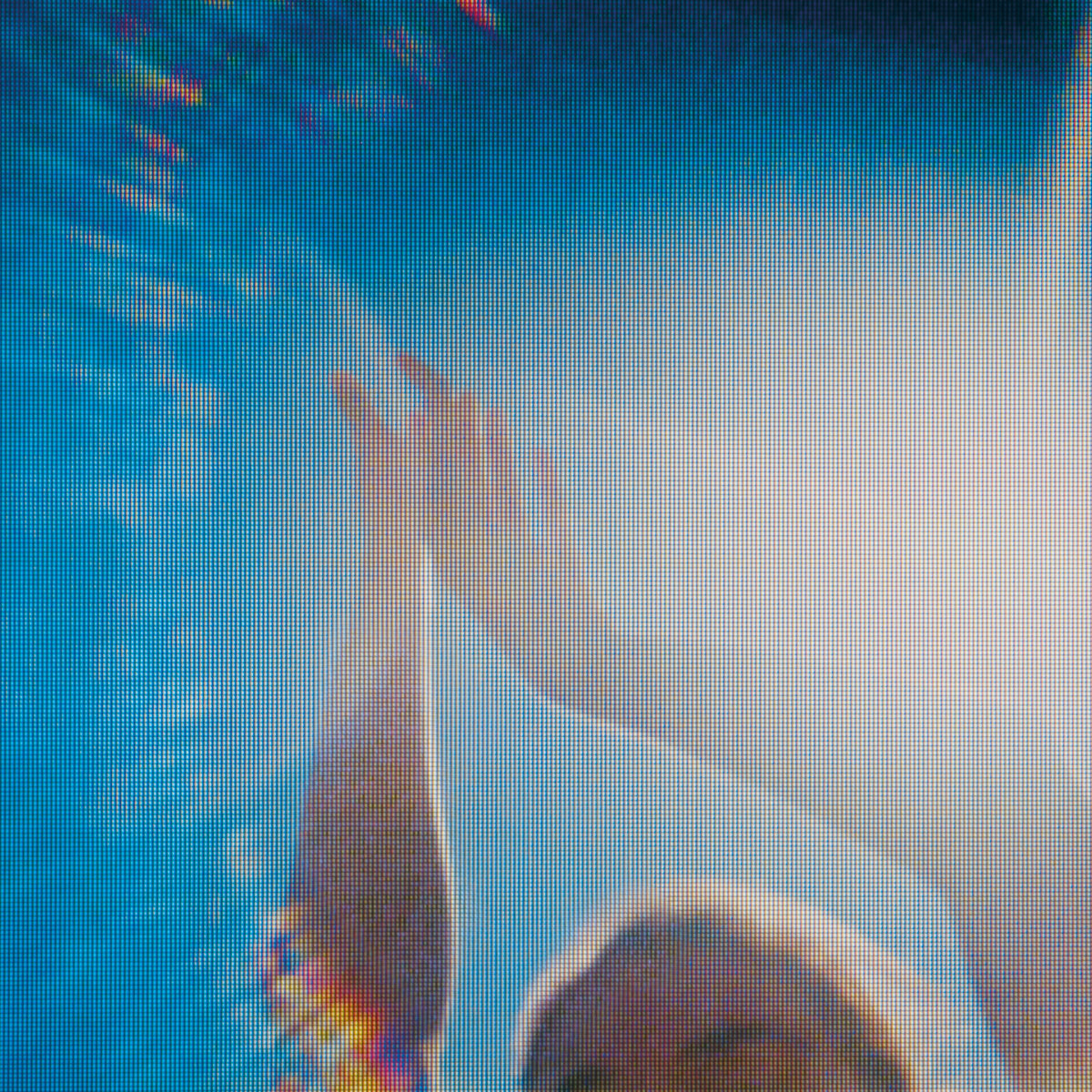 Amelia Murray seems unassuming, and that is great.  But to be honest, we think she has every right to be a bit full of herself right now.  In her superwoman guise as Fazerdaze, the mid-twenties musician from Auckland, New Zealand has a debut album out on Flying Nun, and a bright future.  The album is named Morningside, for the suburb where she lives.  Its songs are dreampop and shoegaze pop, with a warm vibe and a focus on youthful matters.  It is a slightly more robust version of bedroom pop, with a sunny summer morning sheen that makes even the concerns of the young feel like things ultimately will be OK.

The listener notices the intimacy, the affecting vocals -- probing but ultimately reassuring, the dynamism of the rhythm section.  But what impresses us most is Murray's ability to write and perform songs that so seamlessly combine a sense of youthful innocence with maturity of execution.  It all goes down so easily that the perfection isn't readily apparent.  And that is why it is perfection.

Morningside is out today.  Check the Bandcamp link below.

Djustin has an unusual working arrangement that produces smashing results.  One member of the duo is Sweden's Johan Angergård, of Club 8 and The Legends, among other projects.  The other member is Detroit-based Rose Suau, of Shoestrings and Invisible Twin.  Johan writes the music and sends it to Rose, who then writes the lyrics she will sing.  Just reading that description, one might be tempted to assume that the results tend towards the stiff and two-dimensional, even if perfectly functional.  Astoundingly, the truth is exactly opposite.  Djustin has now released their debut album, titled Voyagers, and it is everything you could ask for in an electro pop/house album.  The music and lyrics mesh organically, as if composed in the same room.  The rhythms are irresistible, the melodies soar, and the vocal sparkle matches the synth runs.  Moreover, the emotional vibe is palpable.   Voyagers is a dance album with evocative lyrical content and a big warm heart to go with the moving feet.

Displaying an arsenal of musical styles that other band can only dream of, the aptly-named The Imagineers conjure eclectic aural treats bearing elements of surf pop, Marricone's spaghetti western soundtracks, David Bowie, and Burt Bacharach, as well as more standard post punk indie rock on their debut LP, Utopian Dreams.  It is cinematic, playful and absorbing, and we highly recommend it to anyone who likes their new music bold, inspired, ambitious and nimble.  Perhaps the best analogy is that we find Utopian Dreams to be a musical set of short stories on various topics, unified by quality writing, superb execution, off-kilter perspective, and a thick Scottish accent.  So for us, it is just about perfect.  This is one of the better surprises of the year so far.

The Glasgow outfit was already well regarded in the UK prior to disbanding in 2013 before ever releasing an album.  Frontman Steven Young then took the opportunity to travel Europe with his guitar, and apparently gathered new energy and inspiration.  Upon his return to Scotland The Imagineers were resurrected with Young, Scott Forsyth (drums/percussion/backing vocals), Lee Ballard (lead guitar/backing vocals), and Marc MacCallum (bass/backing vocals) as its members.

Utopian Dreams is out now via Hit The Light Records. 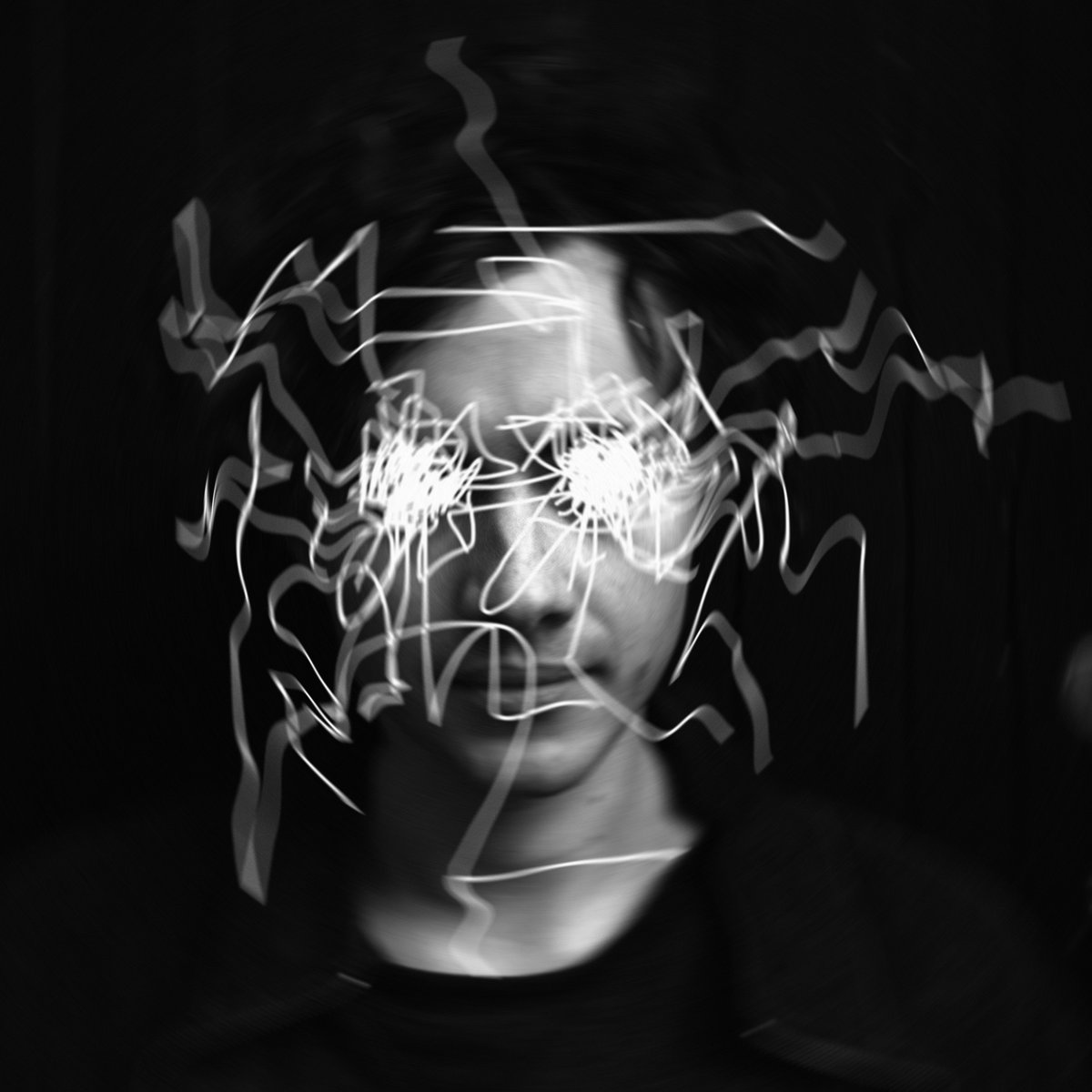 A few years ago we were excited about a Dunedin, New Zealand band called Males.  We have nothing new from that project, but the members have not be idle.  Or, at least, they haven't been idle all of the time.  Take, for example, Richard Ley-Hamilton, Males' chief vocalist.  Richard and his friend Julie have started the label Trace Records.  And because a label needs records to release, they signed a promising new project named Asta Rangu.  Since Asta Rangu is helmed by one Richard Ley-Hamilton, I suspect negotiations were not especially tense.  In any case, happily for us listeners Trace has just released Plasticine, Asta Rangu's debut EP.

Richard is an adventurous and meticulous pop craftsman, and the EP bears witness to his talent.  Richly detailed, hook-filled, melodic and bursting with energy, the five tracks are all different, and all excellent.  We had a debate around the office about which song was best, and decided that we couldn't decide.  So we embedded the entire EP.  We would be remiss if we didn't mention that if you go to the Bandcamp link you will note that the EP is available for a digital download at 'name your price'.  Those of you at the head of the class will know that means you can get it free, but Richard and Trace Records can more easily provide great music if you give them a few dollars.  And then you can tell all your friends that you just went shopping in New Zealand and bought some cool music.  A person could get lucky with a line like that.

One further note is that the excellent New Zealand music blog Pop Lib (link) is highlighting a New Zealand band every day this month, so we suggest that you check it out every few days to find new music.  We certainly intend to do so.

Slowes is a Copenhagen-based duo consisting of Jack Kilburn (vocals) and Anders Hamann (drums).  Their debut six-track EP is titled Times and will be released by Distiller Records on May 26.  They feature well-constructed beats, strong melodies, and themes of love and loss.  Take a taste with the most recently released track "Anymore". 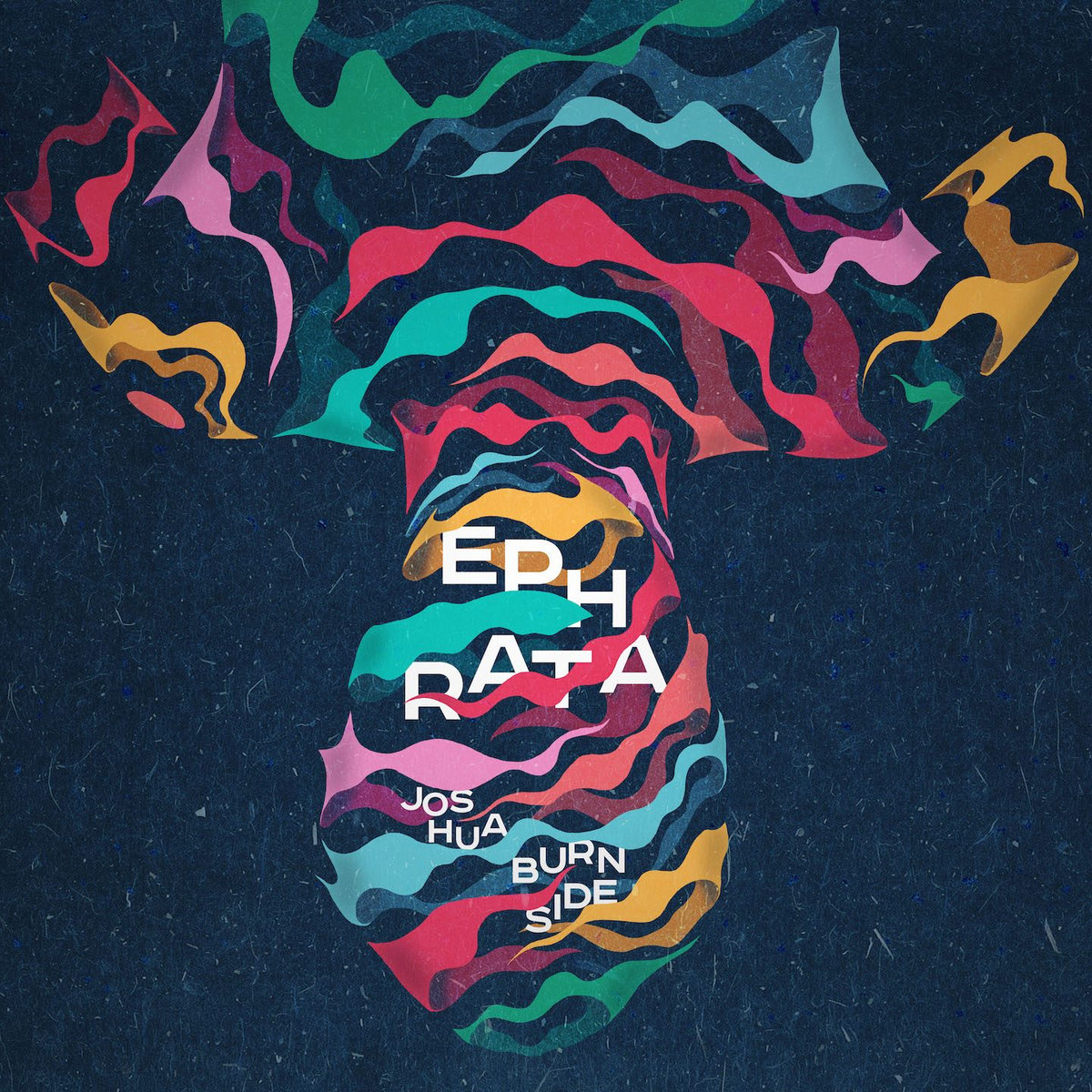 Ephrata is a refreshing combination of Irish folk tradition, modern folktronic touches and contemporary themes.  The work of Northern Irish singer songwriter Joshua Burnside, whose 2013 EP was critically well received, it has the wide scope of an artist who is moving beyond the strictly folk channel of his past work.  Here, Burnside is bold and colorful, embracing Gothic Americana, Eastern European, African and Latin influences.  The themes he chooses to explore are equally wide-ranging, with the principal commonality being the quality of the writing and performances.  For my ears, the highlight songs are "Blood Drive", "Tunnels Pt.2", "Concubine", "26th St.", and "Ephrata", but you may find your fondest moments in the other offerings.

The Americans - The Right Stuff EP

While their new EP is released by London label Loose Music, which focuses on Americana, roots, folk and country music, Los Angeles' The Americans are aptly named.   The Right Stuff EP showcases the band's affinity for country-tinged, bluesy, rock and roll.  You know, the classic stuff that never is completely in fashion any more but never goes out of style.  In their hands, the songs are bold and commanding, with ringing guitars, driving rhythms, and sincere vocals.  The performances and songwriting are tight, and satisfying.

The Americans are Patrick Ferris, Jake Faulkner and Zac Sokolow.  They are playing at London's Seabright Arms on Wednesday, May 3.  The Right Stuff EP is available now.  A full length is planned for later this year.  The band also features in American Epic, an upcoming documentary on American roots music which will be shown on the BBC later this month.

One feels compelled to mention that Mark Lanegan first came into the view of music fans with Ellensburg, Washington's Screaming Trees.  But since that group disbanded Lanegan has distinguished himself with ten solo album (including our current subject, the just released Gargoyle) as well as numerous collaborations with other artists, including PJ Harvey, Moby, Isobel Campbell, and Soulsavers.  Always an affecting vocalist, time and experience has added nuance to his well-weathered baritone, and the fuller range of emotions conveyed now match his songwriting skills to welcome effect.  Lanegan continues to favor collaborations, and here he works with Rob Marshall and Alain Johannes in composition, and also features guest work by Josh Homme, Greg Dulli, and Duke Garwood in recording.  The arrangements show growth as well, embracing synths, motornik rhythms and other electronic touches.  The anthemic mid-tempo scorchers for which he is know are in evidence, but he also slows things down very well on occasion, such as the lovely "Goodbye to Beauty".

Lanegan is one of those remarkable musicians who can continue to learn, grow, and sound fresh decades into his career.  May the number 10 is a charm, because Gargoyle may be the man's finest solo album, and we recommend that you check it out.  It is out now via Heavenly Recordings.

"Shapeshifter" and "Yawn" by Febueder

Hailing from Ascot, UK, Febueder crafts a pop sound founded on rhythmic post punk arrangements and soulful, passionate vocals.  A listener may detect some similarities to Foals and Alt J, but this trio is no knock-off act.  In our opinion, their new single "Shapeshifter", and previous track "Yawn" reveal a band with the right stuff to make an impact.

Febueder is Kieran Godfrey (vocals/guitar/bass/keys/ukulele/cornet/percussion), Samuel Keysell (percussion), and Toby Ingram (bass).  The band is releasing their new EP, From An Album, in mid-month on all tasteful digital platforms.

"All The Time" by Love Dance

Geographically located in Bergen, on the Norwegian coast, and musically located in the sweet, soaring, euphoric synth pop that caused one of my favorite DJs to name her weekly '80s show "Resurrection Radio", Love Dance is here to thrill us with their new single "All The Time".  The duo is Kristopher Straus and Eirik Vestrheim, and you can look forward to an album later this year.  For now, you'll have to be content with this digital gem, available via Shelflife Records.