Afterglow EP is the work of Ponce, a Nashville duo consisting of twin brothers Carson and Michael Ponce.  Dive in and you get synthy dance pop, '80s-style pop rock, and sweet country.  And that is just on the first three songs!  Overall, the EP leans a bit more towards '80s rock than country, but the unifying characteristics are sincere vocals, energetic performances, clean production and, loads of pop in the DNA.  If you are taking a drive this weekend, this could be your perfect soundtrack.  You could be the guy everyone else notices singing in the car while tapping time on the steering wheel.  Yes, that guy ...

Afterglow EP is out today on your favorite digital platform.  Stream "Under The Gun" below, and if you dig it, stream the entire album below that link.

The internet can make reputations quickly, and can forget yesterday's heroes with similar speed.  But the rise of Danish musician Goss is particularly notable.  His first solo effort was about nine months ago, and he already has a debut EP that sounds to our ears like a miniature hits compilation.  His brand of electro pop stands out by reason of his perfectly crafted arrangements, his soulful vocals, and his emphasis on the warmly romantic, rather than the icy and bleak, side of human affairs.  It is a winning combination to be sure, and I'm not worried that he is going to be forgotten any time soon.

We featured a number of the songs on the Healthcare EP a few weeks ago, but today we bring you the baby-making slow burn of "ljotwiyda", as well as a stream of the entire EP.  If you are like us, you are going to listen to it frequently all through the weekend.

We start today bearing the good news that Norway's Sløtface, a punk band with pop smarts, will be releasing Try Not To Freak Out, their debut LP, on September 15 via Propeller Recordings.  We know that September 15 is a long time from now, and Sløtface knows it is a long time for now.  So, out of the kindness of their hearts, they are releasing single "Magazine".  Bounce around to Haley's song about dealing with body image and unrealistic expectations fostered by the media, and enjoy your Friday.

Jade Imagine - What The Fuck Was I Thinking? 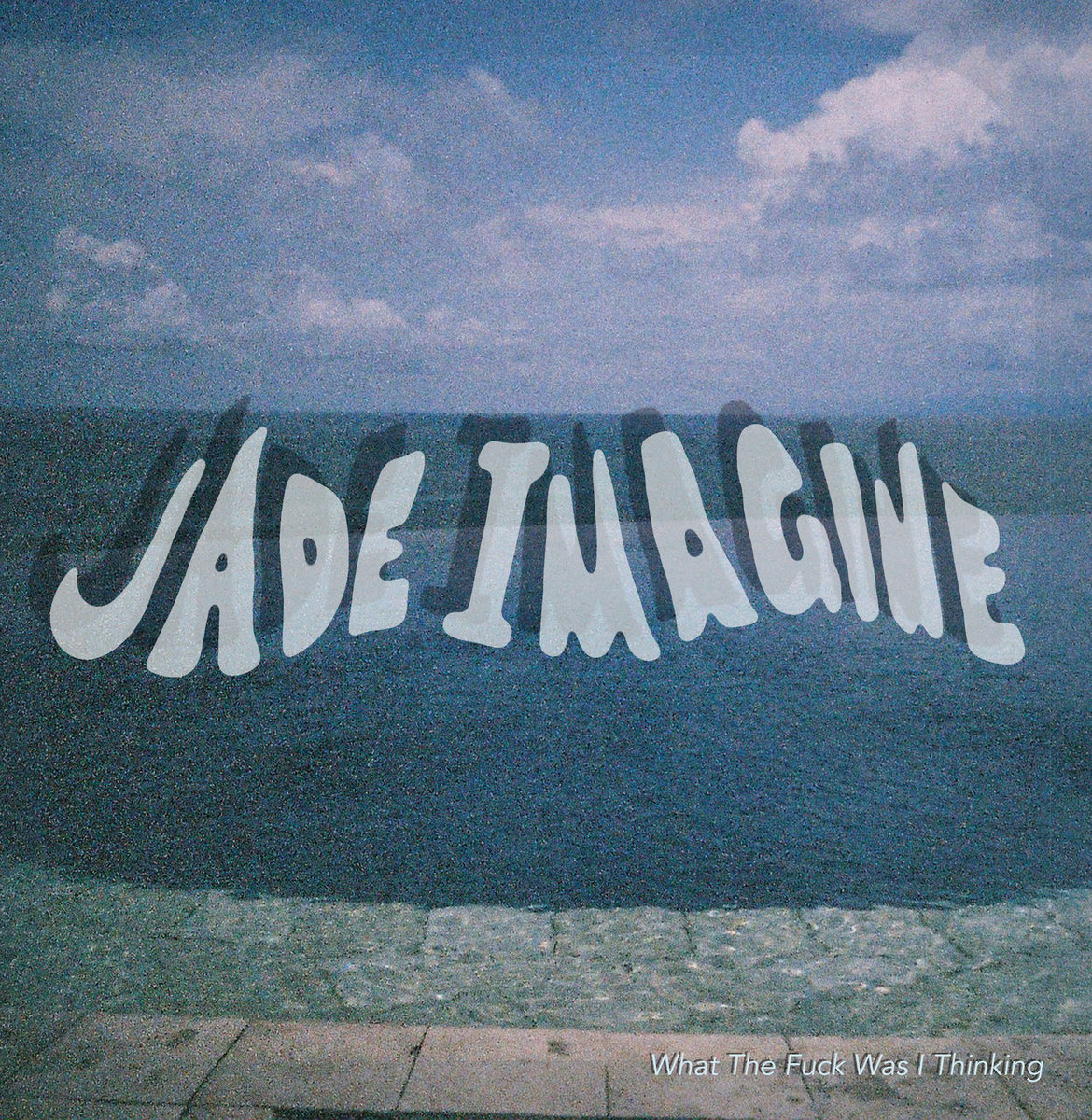 Frank Sinatra sang "regrets? I've had a few ...", and that may be fine for Frank.  But it seems to me that one of my most consistent refrains (usually only muttered internally) is "what the fuck was I thinking".  So you can understand why I felt immediate kinship with Melbourne's Jade Imagine, who are releasing an EP titled, yes, What The Fuck Was I Thinking?.  The record's six songs discuss insomnia, self-administered reality checks, the documentary "Dig", independence, the value of a relaxing walk, and working crappy jobs.  As is the case with any music, the critical point isn't so much the subject matter as the quality of the writing and the performances.  And it is in these critical areas that Jade Imagine shines.  With a style that combines a grunged-up slacker pop with a singer songwriter essence, it is a varied and captivating record.  I've provided a few of my favorites below, but there isn't any filler on this little gem.

Jade Imagine is songwriter Jade McInally, Liam Halliwell, Tim Harvey, and Jen Sholakis, although I understand the cast of characters is not set in stone.  What The Fuck Was I Thinking? is out on April 28 via Courtney Barnett's label, Milk! Records, which we think is a very good fit for their material.

The Fireworks - Dream About You 7" 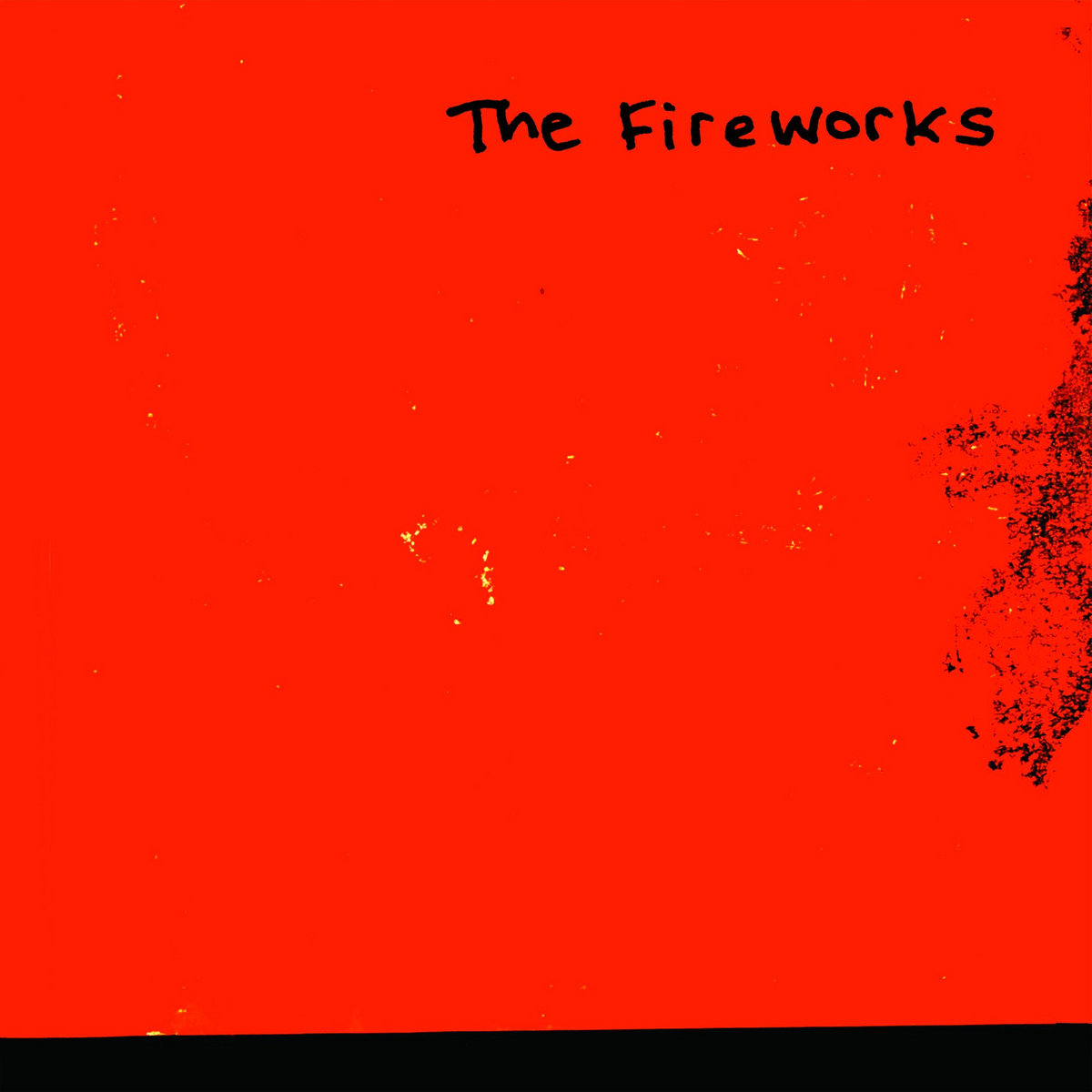 We have always wished that we could celebrate the arrival of a great new record by setting off fireworks in the WYMA headquarters.  But in addition to restrictive fire codes, we have certain budgetary limitations (it is late April and we have consumed our beer budget up through next September).  And that is but one more reason to greet a new release by The Fireworks with great enthusiasm.  Not only does this London band deliver terrific fuzz pop, but the celebratory incendiary devices are their name itself.  So we cue up the record, and we have ... fireworks.

And yes, we now have a new release from The Fireworks - the three-song Dream About You 7".  It is a joint release from Shelflife Records in North America and Opposite Number Records in the UK.  It has the band's trademark fuzz and jangle, and showcases new vocalist Beth Arzy (Trembling Blue Stars/The Luxembourg Signal), while Emma Hall provides backing vocals as her swan song with the group.  Founder Matthew Rimell continues on guitar and vocals.  Isabel Albiol is on bass and Shaun Charman is on drums and additional guitar.  All three songs are memorable earworms, and mark the progress of a band that never fails to deliver, and just keeps getting better.

"My Smile Is Extinct" by Kane Strang

Kane Strang is growing up before our eyes .... um ... ears.  We first discovered his self-released bedroom guitar pop creations a few years ago, and considered him a talent to watch.  We now will get to experience his second album, Two Hearts And No Brains, which will be released at the end of June.  From the aural evidence to date, it seems to us that the Dunedin, New Zealand native isn't abandoning his brand of guitar pop, but refining it in interesting ways.  The blend of retro '60s garage pop, '90s college rock and modern touches is even more seamless, and the execution more assured.  Check out album track "My Smile Is Extinct" below.

Two Hearts And No Brains will be available on vinyl, CD, cassette, and digital formats via Dead Oceans.

Belgian Gertjan Van Hellemont has adopted the name Douglas Firs for his musical creations.  We don't know the origin of the moniker, but the man's influences clearly run to American indie rock, and specifically to worthies such as Neil Young, Wilco, The Band, and Ryan Adams.  The more upbeat songs have a satisfying crunch and a bit of country rock grit.  When dialed down, they deliver a very effective folky sound.

Van Hellemont traveled in Canada and the US last fall, working on songs for a new album.  Our first taste of his new efforts is "Shine 'em up Sadie", inspired the story of an Italian immigrant family in New York in the 1920s.  The song finds Douglas Firs in an upbeat, pop mode, and it is a good sound for them.

Blondage are Esben Norskov Andersen (keys/drums/vocals) and Pernille Smith-Sivertsen (keys/vocals), former members of Rangleklods.  Last year the Danish duo demonstrated their talent for icy, Nordic synth pop.  They are back with "Stoned" -- a breezy, thumping summer jam that should make your poolside playlist for the coming months.

One memorable line from '80s music is found in Murray Head's "One Night In Bangkok", where the narrator responds to various fleshy distractions on offer with "I get my kicks above the waist, Sunshine".  Now, let it be understood that there is nothing about Oliver Tank's self-titled debut album that reminds one of Murray Head, "One Night In Bangkok", or the '80s.  But that is my point.  While much electro pop seems aimed at the listeners feet, or perhaps other parts of the anatomy below the waist, Oliver Tank seems to me to be focused on the space between the ears, and the listener's heart.  There is excitement in the ten tracks, but it is an excitement derived from the details adorning the brooding, ambient creations -- the plunked notes, spare synths, plaintive lyrical lines emerging from the mist.  And those contemplative sections, which are delightful for their own sake, enhance the listener's pleasure in the moments when the pace quickens and the beats become more pronounced.  The Sydney musician has created a debut of which he can be proud, and on which he can build for the future.

For me, the best songs are "Unreal", "Swerve", "Charlene", "Falling", and "Letting Go".  Several are available for streaming below, and you can hear the entire album at the Bandcamp link at the bottom of this post.

Paris-based Adam Naas possesses an affecting, soulful voice with strains of Gospel.  His latest single is "Please Come Back To Me", which was released on Friday, April 21.  It may remind you a bit of one of his early influences, Nina Simone.  And, of course, that is a very good thing of which to remind listeners.  We've also provided a stream of his earlier single, "Fading Away", which further confirms Adam's prodigious talent.

"Destiny Is Upon Us" by JFDR (video)

Jófríður Ákadóttir became known to the music world as a member of Samaris, Gangly and Pascal Pinon, but she also works solo as JFDR.  Her deft combination of arresting vocals, evocative wordplay and delicate soundscapes was well-showcased on her recent album, Brazil.  Today we bring you the video for one of the album tracks, "Destiny Is Upon Us".

When some people hear the term "synth pop", their assumption is that the music will be sweet, a bit fey, and probably blandly canned like a lot of mainstream pop.  Well, that may accurately describe some of the synth pop they encounter in the daytime, but tonight we are welcoming them to the nightshift.  Or, specifically, to Nightshift, the latest album from Johan Angergard in his guise as The Legends.  This synth pop is a knife's edge wrapped in velvet, made for late nights, dark clubs, frenetic dancing, sweaty encounters, passionate clinches, and assignations made and broken.  And throughout, Angergard wields his synths like a ninja wields his knives -- big strokes, little stabs, deft cuts, feints, and the killer thrusts, each precisely and the moment requires.  Like the costumes and makeup denizens of the night employ to create an image, Angergard processes the sounds, fattening the bass, stretching the percussion hits, and running the vocals through a vocoder.

In different hands, all the electronic wizardry could become a distraction.  But in Angergard's hands the focus remains on the songs, and like the sweet hooks and melodies, everything is done in service to making the best possible songs.  And to add depth, and a bit of sugar to sweeten the mix, The Legends enlist guest vocals from Kristina Borg (Red Sleeping Beauty), Elin Berlin (Eternal Death), and Maria Usbeck.  Nightshift is generous in length, and generous and adventurous in spirit.  It should fill your nights well into the summer.

My favorite songs are "Summer In The City", "In Love With Myself", "Space Jam", and the haunting "Cocaine".

Nightshift is out now via Labrador Records.  You can even play it in the daytime.