"Talk About Terry" by Terry

It seems a good time to talk about Terry.  You see, there is a new band down in Melbourne called Terry, and they have released a three song 7" record conveniently titled Talk About Terry, via Upset The Rhythm.  Our musical introduction is via the title track, which you can stream below.  To my ears it has jangling, DIY sound with a few ragged edges and an urgent vibe, which is a sound I like.  The male and female vocals trade off pleasantly, and I'm happy to provide my expert opinion that this is a project form which we'd like to hear quite a bit more.


Order page for "Talk About Terry"
Upset The Rhythm
Posted by Rocksteady74 (Scott) at 1/15/2016 No comments: Links to this post

"River" by The Legendary House Cats

John Girgus, of Aberdeen, Languis, and Non Ultra Joy,  is a legendary cat.  Actually, he's more than that.  He is The Legendary House Cats.  John's focus of late has been dreamy electronic soundscapes with sweet hooks and ear-friendly melodies.  He is offering a cover of "River", a song by '90s British dream pop band Blueboy.  It is available as a free download at the Bandcamp link below (as well as Spotify and iTunes, if you do those things).  The download includes the primary track, an instrumental version, and a radio edit of the primary track.  There is absolutely no reason to not get a copy.  Now.

Today's featured track is a hot song from a cold climate.  "Runimals" is your first taste of the upcoming Talk/Brag LP from Philco Fiction.  The Oslo, Norway duo consists of Turid Alida Solberg and Andreas Lønmo Knudsrød.  Talk/Brag will be out on January 29 via Killing Moon Records, and we will discuss it more around the release date.  For now, feast your ears on the gospel pop of "Runimals".

Inspired And The Sleep - Eyelid Kid 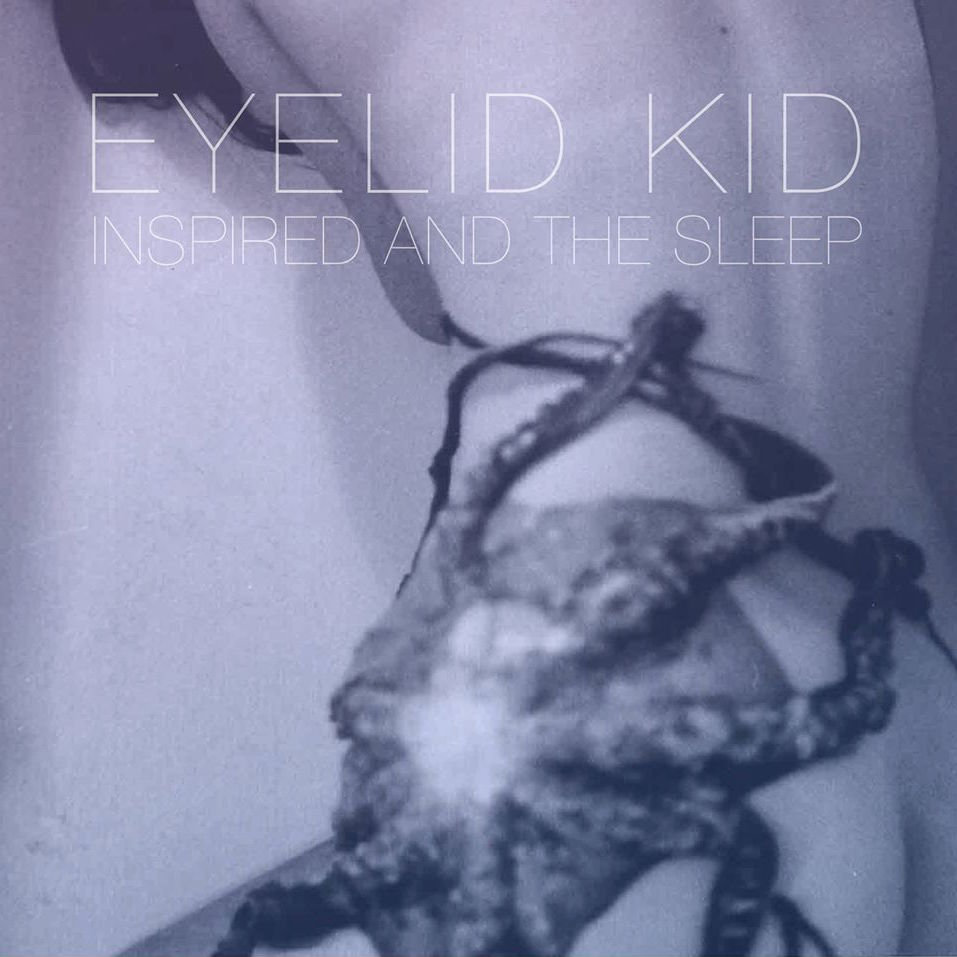 Eyelid Kid is a delightful dream pop EP that found its way to my inbox recently.  Created by San Diego duo Inspired And The Sleep with the help of some talented collaborators, the record is full of psyche-pop frills, clever hooks and an excellent and persistent groove.  Its six tracks will delight and engage you, and the video for "Die Slow" is a visual treat of the highest order (without providing gratuitous nudity).  And the generous creators are offering the EP for the popular 'name your price' at the Bandcamp link below.

Inspired And The Sleep is, at its core, Max Greenhalgh and Bryce Outcault.  Other players are David Mead, Zachary Elliott, Ryan Linvill, and Sarah De La Isla. 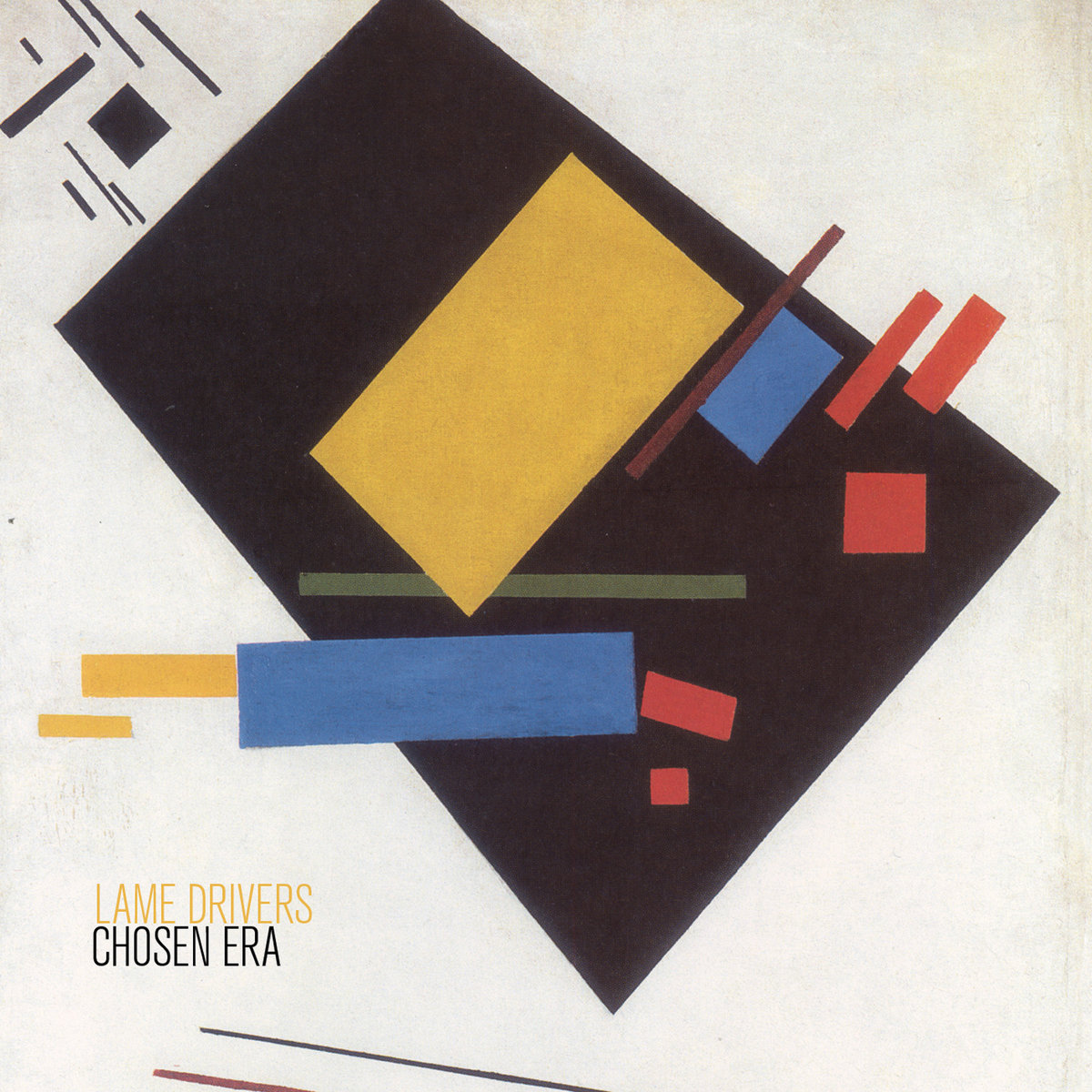 One usually complains about Lame Drivers.  But Jeff Wood, Joe Posner, and Jason Sigal have the power, or powerpop, to change your mind.  Yes indeed, this Brooklyn band delivers powerpop with some punk attitude, psychedelic touches, and garage rock riffs filtered through '90s alt rock tossed in just because they can.  The result on their recent album for Jigsaw Records, Chosen Era, is anything but lame, but probably would be a good soundtrack for driving.  The guitars crackle with attitude while the drums and bass thunder with purpose.  This is one of those records that you simultaneously hear with your ears and feel in your torso.  And while the dominant vibe is energetic fun, the band hits the spot with moody numbers as well, as evidenced by "Slow Detective" below.

Check out a few songs below, or go to the Bandcamp link and take a test drive with the Lame Drivers.  You may just fine yourself choosing Chosen Era.

The year is starting out with some very good releases.  Today's feature is Spilt Milk, the latest LP from the venerable Peter Astor.  Consisting of ten songs that distill the best attributes of Astor's long career in music, from his Creation Records projects The Loft and The Weather Prophets through his varied solo recordings.  If one were required to tag it with a genre name I suppose jangle pop would move towards the head of the list.  But we aren't so constrained, and we find that this work is delightfully more complex that such a label would suggest.  Listen to lead track "Really Something", and appreciate the hints of The Weather Prophets, The Bats, The Go-Betweens and The Velvet Underground.  In fact, the spirit of VU runs through the album, with propulsive, insistent rhythms providing the foundation for Astor's literate and incisive creations.

The poignant and self-effacing "Mr. Music" previously was released as a single, and I've sung its praises here and here.  The sly "My Right Hand" adds an upbeat country rock twist.  The fourth song is the quiet and exquisite "Perfect Life", which always gets at least two replay presses from me.  The first half of the album ends with the chugging "The Getting There".

The second half of the album commences with one of my favorites, "Very Good Lock", which refers to the narrator's penchant for keeping his feelings locked inside.  "Good Enough" is a spiritual cousin to classic country laments.  Spilt Milk closes with three excellent folk pop songs, "There It Goes", "Sleeping Tiger", and "Oh You".  Of the three, "Oh You" probably would win the most votes as one of the album's stronger tracks, but a sign of Astor's consistency as a songwriter is that it wouldn't be a unanimous choice.  For me, this is the kind of album that finds its way into almost permanent rotation in my collection.  The songs are simple, but infused with keen observations and years of experience.

In addition to Peter Astor, the players on the album include James Hoare (Veronica Falls, Ultimate Painting, The Proper Ornaments), who played multiple instruments and recorded the album in his flat, Pam Berry, Jack Hayter, Alison Cotton, Robin Christian, and Susan Milanovic.  When he isn't writing and performing music, Astor teaches, researches and writes about music as a Senior Lecturer at the University of Westminster.  He also has written about the album Blank Generation by Richard Hell and the Voidoids for the Bloomsbury 33 1/3 series.

Spilt Milk is out now via Slumberland Records in North America and Fortuana POP! in UK/Europe.