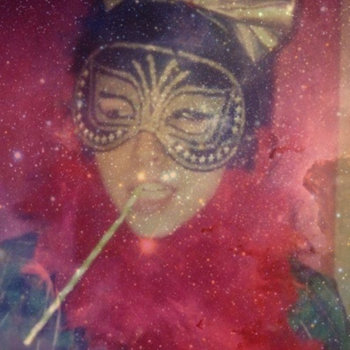 There is so much to like here -- the name, the sub-genre, and most of all, the songs.  The name is Andrew R. Burns & The Tropicanas, hailing from that well known tropical hot spot, Livington, Scotland.  We've heard three of the quartet previously in their guise as alansmithee, but sometimes a change in perspective is needed, and so, with an additional member, they are Andrew R. Burns & The Tropicanas.  As for the genre, the lads call it "dreamslop".  You might call it a blend of dream pop and reverby lo-fi, played with a certain casual relaxed attitude, but dreamslop seems quite adequate and has the benefit of being a shiny new term.

Now for the songs in their debut record, Dreamslop EP.   The three tracks combine exactly the right elements of old and new, and massage my ears like the most skilled courtesan from ancient Rome (there is a bit of license here as even I am not old enough to have been of legal age in ancient Rome).  "Coming Back Down To Erf" begins with thumping percussion, then adds exuberant instrumentation and crooning vocals.  Does the reference to error function in the title have a connection with the repeated chorus?  I don't know or care -- it is a terrific song.  "Stinking Ship" has a sweetly voiced vocal over a shuffling, '60s flavored rhythm and sunny melody.  The final song, "Slackjaw (Sdfk)" is simultaneously wonderful and frustrating.  Wonderful, because it has the most appealing melody of the lot, and a cool vocal that sounds like lead singer for The Lettermen finally broke down and smoked some good weed.  Frustrating because it abruptly ends at the 1:43 mark, just as it was building.  Hey, Tropicanas, you owe me one half of a song!  The proceedings are all a bit woozy and deliberately damaged, but the frayed edges can't obscure that talent and quality.

We have the video for the lead track here, and a Soundcloud embed for the entire EP.  So dive in and enjoy the dreamy slop.  It is great stuff, and if moved to own it, hit the Bandcamp link.


The band is Andrew R. Burns, Joe Murty, Ruaridh Macpherson, and Joe White. They are releasing Dreamslop EP at the end of the month via Glasgow label Flowers In The Dustbin.

Video for "The Departure" from Cats of Transnistria

Cats of Transnistria are Tuomas Alatalo and Henna Emilia Hietamaki.  The Helsinki, Finland duo makes dark and dreamy atmospheric pop.  Their debut record, an EP titled Away for Helsinki label Soliti Music, was released in January.  The band's multi-faceted compositions balance experimental and gentle elements that easily hold the listener's interest.  I highly recommend that you stream all four songs of the EP at the Bandcamp link below.  But first watch the enchanting video for EP track "The Departure".

"All the Stars" from The Shifting Sands

Mike McLeod is a Dunedin, New Zealand musician recording as The Shifting Sands.  His debut LP, Feel, featured here a little over two years ago (review here).  Mike's style adeptly intertwines classic New Zealand guitar pop and his own updated sensibilities, and we like it quite a lot.  Accordingly, we're happy to report that album number two, Cosmic Radio Station, will be released this year.  Meanwhile, we have the record's first single, "All the Stars".  The song is wonderful, but the video is excellent as well.  Enjoy!

A Sudden Burst of Colour - Waves Will Rise On Silent Water 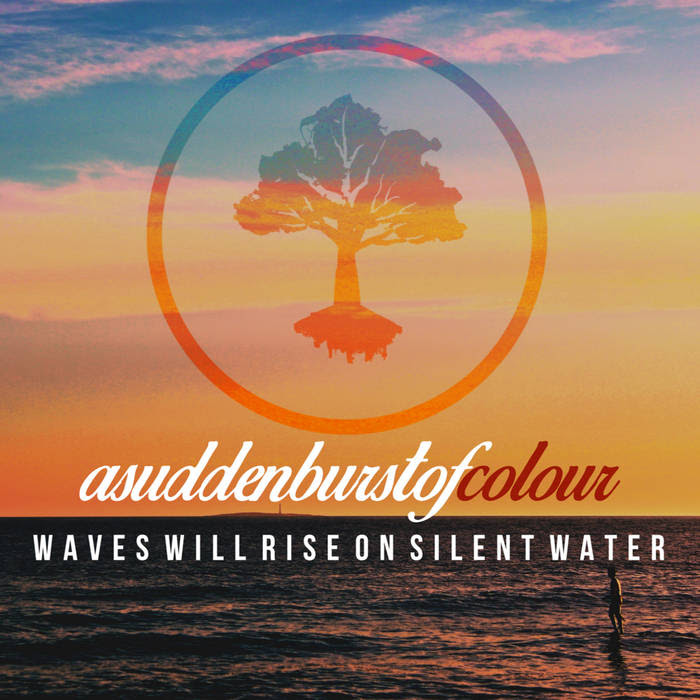 Generally, I like my music with lyrics.  That doesn't mean I study the lyrics, or even can distinguish all of the words.  But I am accustomed to listening to pop music with lyrics, and I don't actively seek out instrumentals (for this discussion, I am excluding techno and dub reggae).  But today I received a lesson about the dangers of being too rigid, because I almost overlooked A Sudden Burst of Colour.  In fact, if it hadn't been of the eye-catching name of the band, I probably wouldn't have listened at all.  It would have been my loss, and, if you rely on me for recommendations in new music, your loss as well.  This four piece from Motherwell, Scotland has crafted a soaring, engaging, multi-layered kaleidoscope of sounds titled Waves Will Rise On Silent Water.  Just four songs (albeit with a 25:30 running time), but I suggest that it will be one of the more thrilling musical journeys you have experienced in a while.  Evocative and intricate, it had me captivated from start to finish.

I've provided a couple of tracks below, but you can stream and buy the entire EP at the Bandcamp link below.  A Sudden Burst of Colour are Luke Duncan (guitar), Callum Brand (guitar), Liam Shaw (drums), and Calum Farquharson (bass). 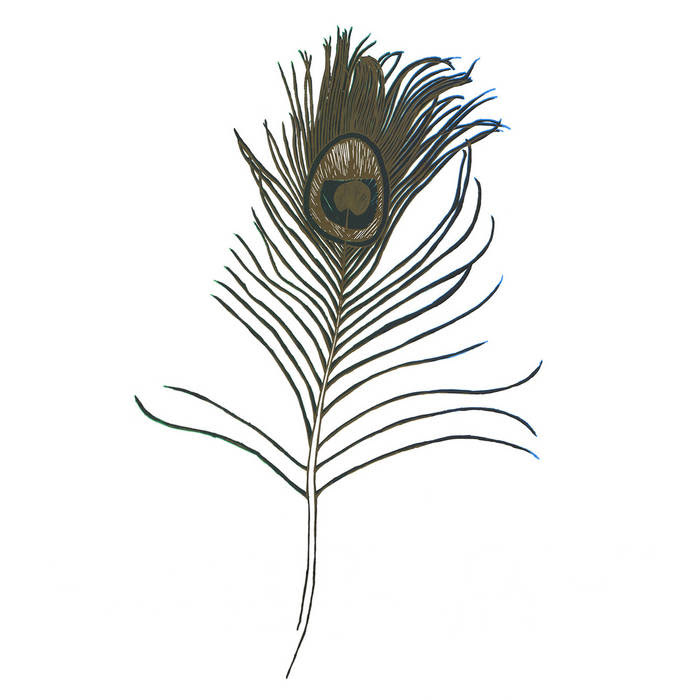 Great Peacock is growing up quite nicely, thank you very much.  Wielding a razor sharp heart-on-our sleeve brand of songwriting to create pop anthems with southern rock and folk accents,  Making Ghosts builds impressively on the band's debut EP to present listeners with a gem that ticks all of the right boxes.  The harmonies are gorgeous and the melodies instantly memorable.  The guitars adeptly shift between crunchy indie rock, country-fried folk and summery tropical pop, with every note perfectly placed.  But most of all, the duo's songwriting skills here are razor sharp.  These songs manage to feel both fresh and like comfortable old friends.  Yes, Blount Floyd and Andrew Nelson are southern born and bred, living in Nashville, but this northern lad finds it easy to connect with these heartfelt tunes.  And I think connection is a major theme with, and behind, Making Ghosts.  Blount and Andrew are telling us stories of their lives and community, and doing it in a manner to which we can relate, and with a delivery that makes us want to hear it again.  The songs are vivid and widescreen, and not tethered to any genre.  Whether you are in the front row, the back row, or at home with headphones on, you are part of Great Peacock's world when you listen to this album.  Honestly, just listening to them makes me feel good about being alive.

Choosing songs to illustrate the album proved to be exceptionally difficult.  I listened to the album again while writing this post, and realized that I was inserting over half the songs, and regretting the omission of the songs I hadn't chosen.  Ultimately, I exercised some restraint, but I'm not happy about it.  So I encourage you to go to the Bandcamp page linked below and play the entire album.


Great Peacock is, in addition to Blount and Andrew, Nick Recio, Ben Cunningham, and Clay Houle.  Making Ghosts is out now via This Is American Music.  It is available in CD and deluxe vinyl formats and as a digital download (see the Bandcamp link for ordering information). In our tireless search for good sounds in popular music, we find ourselves in Singapore, grooving on the self-titled album from Cheating Sounds.  Roots rock, blues, and a touch of country twang blend together in a spicy helping of musical comfort food.  The band draws on additional performers for strings, horns and additional percussion, and secured the production services of Los Angeles-based Manny Nieto for Cheating Sounds, who was flown into Singapore over the course of two years to help shape this self-funded labor of love.

Cheating Sons follows the band's previous LP by four years, but care, dedication and sacrifice is evident in the quality of the result.  The songs benefit from an intricacy of structure and precision in performance all too rare in popular music.  Perhaps I'm a pushover, but for the most part I was sold on the album by the opening track, "Courage, Courage", which I played several times before continuing.  Each succeeding song increased my appreciation until the penultimate offering of Roy Orbison-style wonderfulness, "Honeymoon".  At that point there could be no doubt.  I pulled on my boots, stood up and sang along (my apologies to my wife; my apologies to my dog).  What a lovely album! 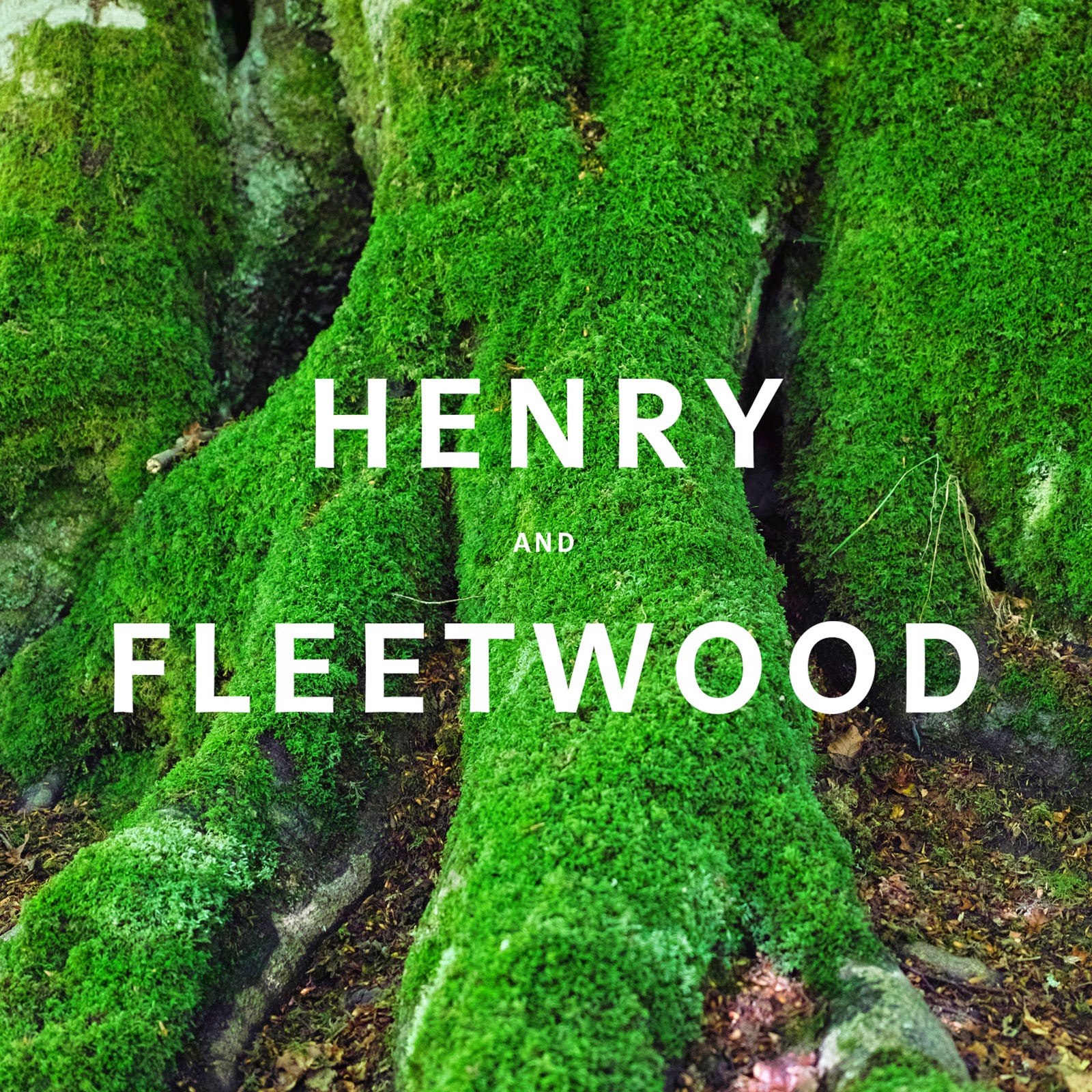 It is a quiet and overcast Sunday afternoon here, and that calls for careful music selection.  Something that delights without needing the volume and pace presented by the soundtracks for my Friday night and Saturday.  Ah, here is just the thing, a little four-song EP titled On The Forest Floor from Scotland's Henry and Fleetwood.  The Scottish duo is comprised of Martin John Henry, singer and guitarist from De Rosa, and Gillian Fleetwood, harpist from State Broadcasters.  For this record, both Martin and Gillian sing.  Martin also plays bass and guitar, and Gillian provides harp and synth.

It seems to me that the focus of the band is creating atmospheric music comprised of textures of sound.  And their music has an impressive ability to evoke emotions from simple melodies and understated vocals.  If one were to compare it to paintings, this EP is more of a set of pastoral landscapes than portraits or urban scenes.  But they are richly colored and satisfyingly detailed.  One rarely knows what brings artists from different bands and genres together, but listeners can be very happy with this pleasing combination.


On the Forest Floor is out now via Olive Grove Records.  If it strikes your fancy, you can order the CD or buy the digital download at the Bandcamp link below.  Note that Henry & Fleetwood intend to release a full album in the future.