Rolling Stones Friday: "Tell Me (You're Coming Back)" 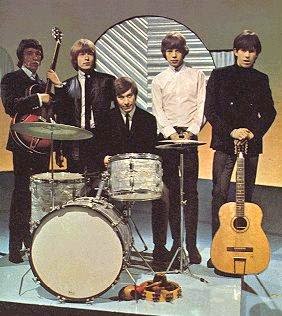 "Tell Me (You're Coming Back)" was recorded in February 1964 and became the first US single of the Rolling Stones written by Jagger-Richards. It reflected the band's ability at a very early point in their career to write original songs that were very different than the blues and R&B material that they were covering on their first records.

I love the early Stones stuff and this one is no exception.  The sad almost resigned feeling at the beginning soon gives way to a bouncier pop song. Certainly a sign of things to come in the Stones' evolution. It hasn't been performed live much at all through the years, so we'll just feature this lip synched version of the recorded version from the Mike Douglas show: 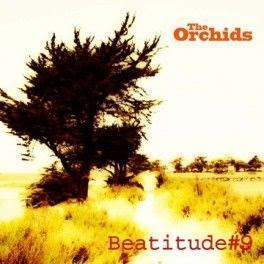 Many of the bands we cover have no significant history.  The Orchids are not one of such bands.  The Glasgow outfit, formed in 1986, was one of the notable bands on legendary indie pop label Sarah Records.  Over the years they have released six studio albums, including three since they reformed in 2004 after about a decade on the shelf.  Not content to only mine the melancholy guitar pop vein of many of their '80s peers, The Orchids were early adopters of electronics and samples, an artistic choice the allows the over 20 year-old band to fit comfortably into today's indie scene.  But for me the core of their appeal has always been excellent songwriting and an effortless performance style, and on this important criteria, their latest album, Beatitude #9 is another triumph.

Containing a generous 14 tracks (including the radio sample opener), the album delivers perfectly formed upbeat indie pop songs such as "Something Going On" and "Just A Girl", achingly beautiful gems such as  "Felurian's Dream", and "A Perfect Foil", and fine dance grooves in "Someone Like You", The Coolest Thing" and "Today's the Day".  And other delightful odds and ends are presented, such as the glitchy "A Way to You", and the moody jangle of "Your Heart Sends Me", which is emerging as one of my favorites of the set.  The band's sense for the right combination of textures, the right mix of space and sound, is remarkable, and results in each song having a distinct personality.  One can -- and will -- find favorites, but there is no filler here.  There are 14 songs because the band had 14 quality songs that fit together -- songs that take you on a pop journey that I find perfect as a soundtrack for a sunny Saturday with time to myself.

You can stream the entirety of Beatitude #9 here.  If you don't have time for all of it, stream the second track, "Something Going On", "Someone Like You" and then the video below for "Hey! Sometimes".  That will give you a shortened tour of three main styles and the album, and the quality of the writing and execution.


Beatitude #9 is out now via Spanish label Acuarela, and you can find it at the usual digital outlets. 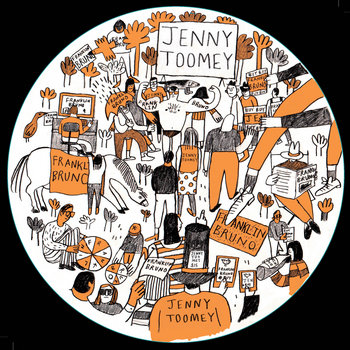 To celebrate Friday, we have another pop gem from that wonderful little organization devoted to the 7" format - wiaiwya-7777777.  This recording is from Franklin Bruno and Jenny Toomey calling themselves Human Hearts.  Jenny is a veteren of indie bands Tsunami, Grenadine and Liquorice, as well as founder if indie label Simple Machines.  Frank is a member of Nothing Painted Blue, as well as a singer-songwriter, writer, academic and blogger.  Their collaboration on the Loyal Opposition 7" marks Jenny's first new music in 12 years.  As you would expect from someone with her resume, she has chosen well.  The duo also enjoyed the assistance of  violinist and vocalist Jean Cook.

Consisting of two tracks, the Loyal Opposition 7" presents two faces to fans.  The title track is lush, atmospheric pop with jazzy accents.  Put on earphones and be transported into another world.  "Distracted" contrasts with a bouncing melody featuring a throbbing bass line and piano and guitar solos.  Jenny is in top form on both tracks.  Folks, this is top shelf pop music, and you can only get it at wiaiwya-7777777. 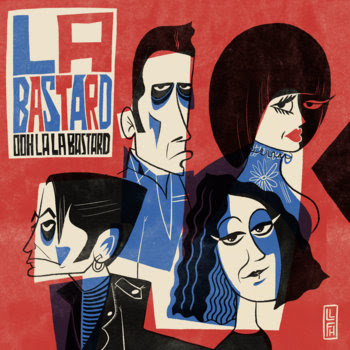 Melbourne's La Bastard plays garage rock with influences such as surf rock, rockabilly and '50s and '60s pop.  To celebrate their recent European tour they have packaged 10 of their best tracks on Ooh La La Bastard.  It is available in vinyl and CD formats, and a digital download comes with either.  This gang is all about fun, attitude and atmosphere.  And they deliver it all.  The video for "Call of the Wild" sums it up perfectly.

Fans of iconic New Zealand guitar pop band The Chills have enjoyed a few delectable treats in recent years, all thanks to Fire Records.  In 2013 Fire Records released Somewhere Beautiful, an excellent recording of a private concert given on New Years Eve 2011 in New Zealand.  Previously this year the label released the two track single Molten Gold and tour EP Stand By.  And now we have The BBC Sessions.  The band, which was formed in 1980 by permanent headman Martin Phillipps, was ascending from scrappy Dunedin pop band to target of international labels, was invited by the legendary John Peel to record live at the BBC studios.  There were three sessions, December of 1985, April of 1987, and December of 1988, with four songs selected by the band recorded in each session.  Unsurprisingly, for the first session the band chose better known songs from their catalog, including my favorites "Rolling Moon" and "Wet Blanket".  For the later sessions the band expanded their selections.  The result of those choices, and the quality of the recording set up provided by the BBC, results in a wonderful and unique collection that showcases a variety of their songs with the vitality that can only be captured in a live-to-tape setting.  Owning The BBC Sessions is like owning a high quality bootleg concert tape, and presents a collection of tracks you won't find elsewhere in The Chills' discography.  Martin Phillipps is a top pop craftsman, and at the height of their game they were one of the most exciting bands on the scene.  This time capsule captures it all perfectly.

Below you can sample the opening track, "Rolling Moon".  I've also provided You Tube streams of the entire first and second sessions, although they don't provide the fidelity available on the recording.

Five friends from East Kilbride in Scotland comprise Poor Frisco.  While they usually play crunchy power pop and guitar pop, they released the Ghosts EP on Halloween.  The EP includes acoustic version of songs included in their live, plugged-in sets.  And quite generously, they have made it available as a fee download on Bandcamp.  I think it is a very nice set of acoustic pop songs.  Stream it below and download it if you like it.

In July the band released a self-titled EP of crunchy power pop and guitar pop.  You can listen/buy it here.  And you can have a taste right now -

"This Train Remains" from The Last September

Edinburgh's The Last September play a shimmering brand of folk rock with heartfelt lyrics and dream pop accents.  We have praised their earlier recordings, and are happy to present their latest single, "This Train Remains".  The vocals soar while the guitar jangles and chimes.  The song can be steamed below or viewed in the official video.  If you like it, you can download it free at the Bandcamp link below.

"This Train Remains" also is the opening track for The Last September's recently released debut album Volcano.  If you are a fan of this brand of folk music, I urge you to click on the Bandcamp link for the album and stream it.  I just listened to it and enjoyed it quite a bit.

This Train Remains from ainslie henderson on Vimeo.


Website
Facebook
Bandcamp for "This Train Remains"
Bandcamp for Volcano
Posted by Rocksteady74 (Scott) at 11/04/2014 No comments:

The Temporary album from Fishrider Records that we featured in August introduced our readers to several Dunedin, New Zealand bands of which they may not have been familiar (as well as some we have been shamelessly promoting for some time).  One of the artists making his first appearance here is Kane Strang.  I think Kane's early recordings were solo efforts, but he is working with Richard Strang (bass) and Isaac Hickey (drums) to record his new album, which will be out on Fishrider in the new year.  Kane supplies vocals and guitar.

To my ears, "In Thailand" is a delicious pop song - bit of romance and a bit of reality, with an infectious melody and strong instrumental contributions from all parties.  You can download it for free, so there really isn't a hard decision here.

And here is a link to Kane's 2013 album, which can be downloaded for 'name your price'.

Last May we praised the Junk EP from Tuff Love, a very promising garage band from Glasgow.  The Tuff duo of Suse Bear (bass) and Julie Eisentein (guitar) are preparing a new EP named Dross for February release on Lost Map Records, and have released a video for record track "Slammer".  The song is taught and edgy, and suggests that Dross may contain a bit more muscle and aggression than the fuzz pop of their debut.  It is a great little track, and we think this is a band to watch.  By the way, the band is playing UK dates this month -- check the schedule below.