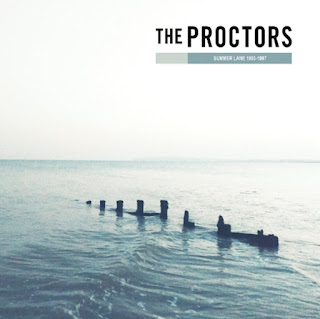 One of the finest jangle pop bands produced by the UK is The Proctors. Their recordings in the '90s are swoon-worthy and you would do well for yourself to get your hands on them. Except, that may be a difficult task. Fear not, the problem solvers from the City of Big Shoulders, Sunday Records (who also had the good taste and foresight to sign The Proctors back in the day), have got you covered with Summer Lane 1993-1997. As you can see from the title, the album collects a well-curated set of 14 songs from a five year span of inspired music by the band. The jangle, melodies and boy-girl vocals all hit the right aural pleasure spots, making it a must-have album for indie pop fans. We note that the band was reanimated with a couple of line-up changes in the past decade, and after collecting this album, you may be inspired to check those out as well. We assure you that a robust collection of music from The Proctors is a mark of good taste.
For these recordings The Proctors are Steven Davies (bass), Adrian Jones (drums/percussion), Christina Priest (vocals), Gavin Priest (guitar/keys/vocals/brass). Summer Lane is out now via Chicago's Sunday Records.
Facebook
Twitter

The Bachelor Pad - All Hash and Cock 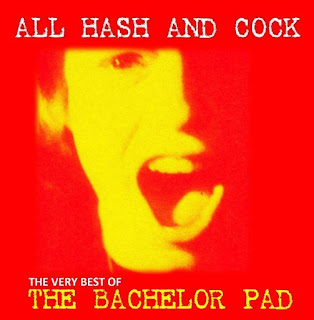 Pop melodies with punk attitude and psychedelic delivery. It could have been chaos but, well, sometimes is was chaos. But it was glorious chaos and a full share of really good music. Welcome to All Hash and Cock - The Very Best of Bachelor Pad. The creators are the five-piece The Bachelor Pad, a Glasgow band that swam against the C86 current of their era. Their tunes and choruses actually were more melodic and catchy than much of the guitar pop of the day, but eschewing a twee delivery likey limited their reach. They deserved better, and thanks to the good folks at Emotional Response Records, they live again in digital and vinyl formats. It is an unexpected throwback treat that sounds better with each spin, and you can't say that about most of your purchases, can you?
Out now -- see the Bandcamp link below.


Bandcamp for All Hash and Cock