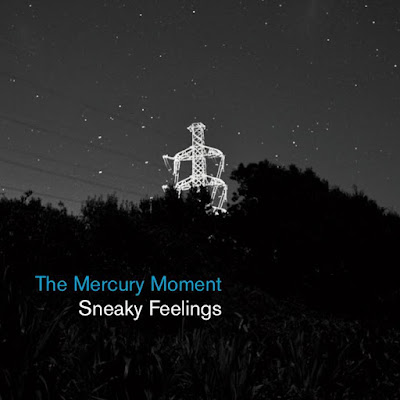 An integral part of the legend of '80s New Zealand guitar pop, Sneaky Feelings released three albums in that decade -- the first for Captured Tracks and Flying Nun, and the second and third for Flying Nun. Before that they were one of the bands contributing songs to the iconic Flying Nun release Dunedin Double. While the four piece was capable of the scrappy indie for which labelmates The Clean are known, they also deployed harmonies and lusher arrangements. Best of all, they are still doing it. In mid April the band released The Mercury Moment, featuring 12 tracks that remind us of their songwriting prowess aptitude for performances that connect with their audience. An excellent listen, especially for those of us who cherish their brand of  New Zealand guitar pop. We recommend you treat your ears to this album

Sneaky Feelings are Matthew Bannister, David Pine, Martin Durrant, and John Kelcher. The Mercury Moment is out now in digital and CD formats via Flying Nun.


Facebook
Bandcamp for The Mercury Moment
Posted by Rocksteady74 (Scott) at 5/02/2020 No comments: 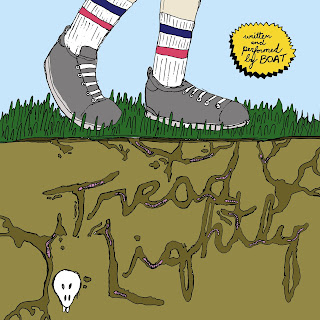 Pacific Northwest indie pop legends Boat didn't break up, but they did take their own sweet seven years between albums. But whatever the guys were doing during the hiatus (and much of it involved other worthy musical projects), they made time to ferment some very good Boat tunes for their new LP, Tread Lightly. It may sound like standard indie pop ingredients for us to list hooks, soaring choruses, harmonies, sweet melodies and fuzz. But just as a list of ingredients in a menu doesn't guarantee a good dish, musical ingredients only get a band so far. What Boat brings to the party is heart, deft songwriting, wry observations about growing older (that resonate with at least some of us here), combined with long friendship, collaboration and trust. The result is music that is effervescent, euphoric, and irresistible. And for guys who sing about graying hair and other unwelcome aging discoveries, they muster more pep and snap than an teenage punk band angling for their first score.

We can only hope that the next album doesn't take seven years. But in case it does, you better get this one while you can. It has turned our Friday-at-home into a boat party. We even have changed into board shorts.

magicmarker · BOAT - So Many Reasons Your Hair Turns Grey 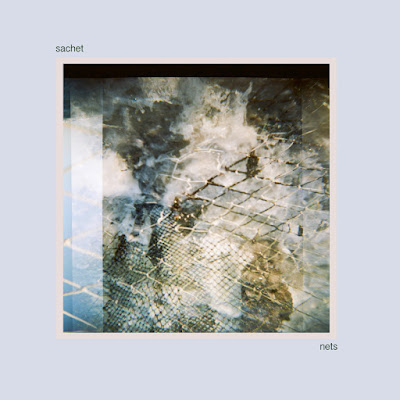 This week brings the delightful Nets. Featuring angular post-punk with surging rhythms and plenty of fuzz and melody, it seems created out of many of our beloved components. The proud parents are Sachet, a Sydney band comprised of Lani Crooks, Nick Webb, Kate Wilson, and Sam Wilkinson. The album is packed with interesting ideas and bursting with energy. Sachet is a band that can wow you with shimmering guitar pop, thrill you with power pop, or send you bouncing with garage riffs. And they do it all here. This is a complete and very accomplished set of songs.

Nets is out now in digital and limited vinyl formats via Tenth Court.

Facebook
Bandcamp for Nets
Tenth Court
Posted by Rocksteady74 (Scott) at 4/30/2020 No comments: 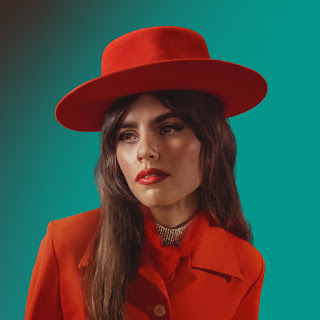 Wake Up! presents the feature writer with a delightful problem: With this much pop perfection in ten tracks, how does one even choose which songs to feature? Our solution is to relax and pick a few, because, really, we can't be wrong with any of them. The album is a confection of upbeat, relentlessly positive pop by Los Angeles based Aussie Hazel English.  For her full length debut, Hazel's theme is to live a fully realized life, with conscious and mindful choices. The theme is timely as it is too easy for those of use sheltering in place of working from home to pull into a shell. But as useful as we find the theme, the genius presented in Wake Up! is the breezy, '60s pop inflected tunes and ace vocals. This is an album that will make you feel good every time you play it.

Wake Up! is out now in digital, vinyl and CD formats via Polyvinyl Records.

Songwriter and performer Mike Gale has stepped up to help in the time of COVID-19. His dual contribution is ten concise lo-fi gems for your ears, and a redirect of all of your 'name your price' payments to The Trussell Trust food bank. So there you are, a chance to do some good for others while doing some good for yourselves. Get busy!