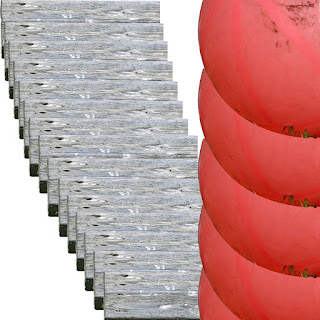 One could wonder which Are Steinsholm is more favored by our ears, the Are Steinsholm of Swedish sensations Melby, or the Are Steinsholm whose other project, Lilla Parasit, has just released their self-titled debut mini-album. But we won't fall into that trap, because our musical hearts can love both. However, today we will focus on Lilla Parasit to celebrate their new record. We shared the magic with our readers by featuring early singles "Gaslights" and "Feather Soul", sparkling, upbeat pop tunes that herald a fine new solo voice on the scene. The other five songs on Lilla Parasit maintain the high quality, while expanding the scope to darker moods and folk pop expression and indie rock modes. We strongly urge that you check out this album -- it will help pass the virus isolation spell, and cast spells for you for a long time thereafter.

Are wrote all of the songs on the album. The performers are Are, David Svedmyr, Jessica Lindgren Klingsell, and Amanda Lindren. Lilla Parasit is out today via Stockholm's Rama Lama Records.


Facebook
Bandcamp for album
Various links for the album
Posted by Rocksteady74 (Scott) at 3/20/2020 No comments: Links to this post 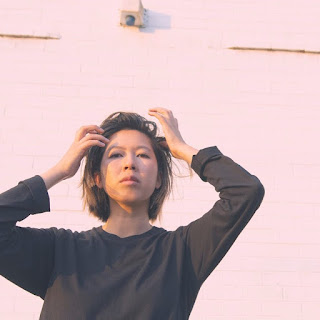 New singer songwriter talent Nat Vazer deserves our attention. Her performance alone on her new song "Grateful" would earn our ears, but he songwriting is even more impressive. Addressing the role of women in society and honoring the role models who pave the way for other women, the lyrics are sharp and concise. The single is out now as a digital release, by the young Melbourne musician will release an album later this year via Hotel Motel Records.

It is nice to meet new people, but we need to be careful with the new social distancing recommendations. Since we are in Seattle, we think it is safe to get to know Belfast's Junk Drawer. Here is their recently released "Temporary Day", which takes on mental health, sexual identity and eating disorders, and wraps it up in a terrific rocking package.

The band's album Ready for the House will be released April 24 via Art For Blind Records. 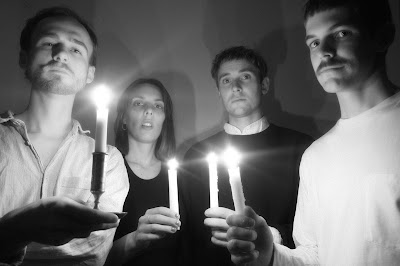 Stockholm's Rama Lama Records is assembling a mighty roster of fine indie bands. One of their more recent signings is Guds Pengar (which translates as 'God's Money'). Their debut album, Granar som flyr staden, is due in May. We featured the debut single last fall (link), and we are pleased to share another album track today. "Qute" is a rousing song that gives us good vibes (the song's theme is self pity, but we don't speak Swedish, so we cannot assess the lyrics). We are playing it loud on repeat right now. And it may be played all morning. 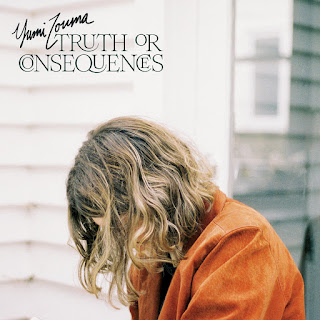 The world is in massive turmoil, with fear and uncertainty our daily companions. At times like this (as rare as they fortunately are, for most of us), we aren't looking for more crashing, banging and shouting. We want to be soothed and even teased a bit. We want playful melodicism and tunes that manage to tell a story. And yes, we have found it -- Truth or Consequences by Yumi Zouma. The band was formed in New Zealand early in the last decade, although only two members still live there, the other two living in London and New York, respectively. Their sweet spot is indie pop characterized by warm melodies and the golden voice of Christie Simpson.

The songs on Truth or Consequences, the band's third album, cover heartbreak, romance, distance and disappointment. Like life, the issues are not always resolved at the end of the track, and there will be sighs, tears, disappointments or questions. But with songwriting and performances this good, the listener still feels that he or she has received a warm hug. And we all need a few warm hugs these days (air hugs only, six feet apart).