"Violins" and "Cubans In The Bluefields" by East Village

We suspect that there is nothing quite like playing the vinyl version of Hotrod Hotel, the collection of singles by the wonderful East Village. And we are confident in our suspicion, because thus far there has been no vinyl version of that album. However, the lovely people at Slumberland Records will rectify that hole in the musical solar system by reissuing Hotrod Hotel in vinyl for the first time on January 24.

East Village had a seven-year run ending in 1991, the first few years under the name Episode Four. Founded by brothers Martin and Paul Kelly and then adding Johnny Wood and Spencer Smith, their first touchstone was C86, but their most notable work was a timeless indie pop not quite in synch with the tastes of their era. We suspect that Slumberland will sell out this reissue, so indiepop fans are well-advised to consider pre-orders.


Slumberland Records page for album
Posted by Rocksteady74 (Scott) at 12/05/2019 No comments: Links to this post

The S-Bends - Nothing Feels Natural To Me 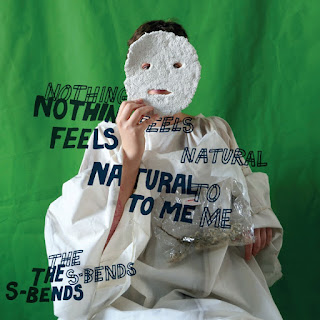 As we approach the end of the year we start working on our list of favorite albums. But inevitably new albums punch their way on to the list in the final month. It is almost as if the artists have no respect for our crowded calendar of holiday parties. However, when an album reminds us of Dick Diver, Ocean Party, The Go-Betweens, Paul Kelly and The Goon Sax, well, what choice do we have.

So, welcome to Nothing Feels Natural To Me, the debut album by Sydney's The S-Bends. If you are expecting yet another slacker pop album, you will be pleasantly corrected. This set of songs truly earns the above references with crisp playing, spacious arrangements, assured songwriting, and affecting storytelling. Some of the tunes have all the bounce of a New Zealand guitar pop band, and we've streamed three of them below -- think, perhaps, of Ocean Party and Boomgates performing a tribute for The Bats. but the moody, slower tempo wonders such as "Datsun", "Kilroy", and "Two States" more than earn their place on the album. And as good as the album is out of the box, it manages to grow on the listener with repeated plays. Our first listen earned votes for this feature. Our second listen brought a place on our provisional year-end list. At this point, it is a likely top 20.

The S-Bends are Jacob Dawson-Daley, Madeleine Er, Samuel McEwen, Mitchell Ryan, and Andrew Zic. Nothing Feels Natural To Me is out now in vinyl and digital formats via Stable Label. 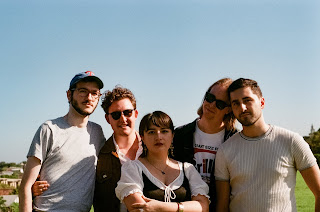 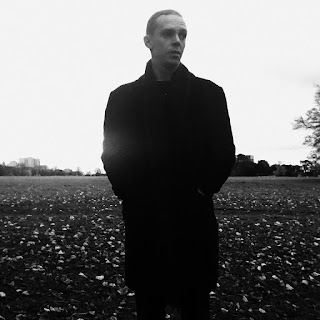 If you happen to be looking for a stylish kiss-off to exit a toxic relationship (and a happy holiday to you, as well!), may we recommend "Tell Your Lover" by young Luke Marshall Black. The Glasgow native has a smooth voice with a hint of grit, and we admire both his delivery and his songwriting on this fine single.

"Tell Your Lover" is out now as a digital release. 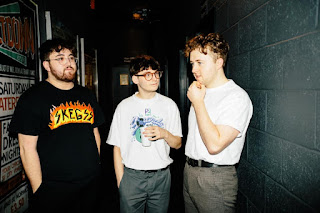 Despite our best efforts, Wednesdays have not yet been banned. So our only reasonable tactic to find a song with a anthemic chorus and play it loudly a few dozen times. Our selection is "Teenage Blues" by Edinburgh trio Vistas.

Hot Shorts - I Understand & I Wish To Continue 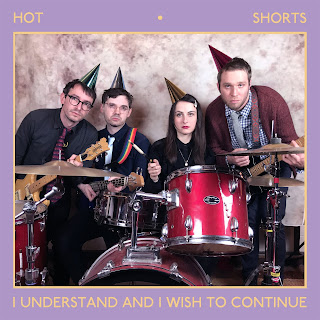 Tuesday's WYMA hot shot is by Hot Shorts (admittedly, we had to go back and review that opening to ensure that we didn't mistakenly write 'Tuesday's WYMA hot shorts are by hot shot', so never let it be said we don't have standards and quality controls). Their new album I Understand & I Wish To Continue works both as good rock music in the vein of Weezer or Pavement, and as truly funny social commentary. We suppose that the latter will not surprise those readers aware that the band includes two published authors (which, at this point, should include all readers), but we think that these folks get extra credit for not just nailing the introspection, but in doing so in a manner that is humorous, engaging and very peppy. We've included two of the gems below, but some of our favorites can only by those who purchase the album or have access to it via a streaming service. You have our permission to treat yourselves.

Hot Shorts are founding members Chris Killen and Peet Earnshaw, with Lara Williams and Joel Nicholson. I Understand & I Wish To Continue is out now via Manchester label Icecapades. 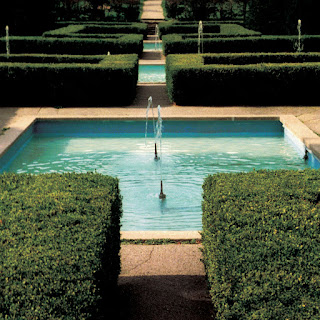 We like ducks, whether it is a single duck or an entire flock. So it is understandable that we are attracted to a band named Ducks Unlimited. And our mild disappointment at discovering that the quartet might be more accurately referred to as 'four ducks' or something else closer to the truth, we fell in love with the music they make on  their new Get Bleak EP. There is no quacking involved, but there are descriptions of life as a young, underemployed, isolated 20-something. However, bleak topics do not make for bleak music in the hands of Ducks Unlimited. The record consists of four ace jangle pop tunes that strut despite the content.

The EP is out now in digital and vinyl formats via Bobo Integral Records.