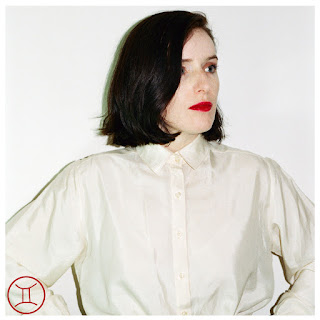 If we were concerned about complete precision, we might obsess over whether Patience marks a musical rebirth of Roxanne Clifford, or an artistic evolution.  But innate laziness and a lack of editorial standards, buttressed by a suspicion that the answer would only matter to people who are paid to write (which certainly does not include us), prompts us to ignore the point.  However, we can't ignore Dizzy Spells, the debut album from Clifford's new project.  In fact, we can't stop playing it.

Clifford first entered our consciousness about a decade ago via her former band Veronica Falls.  Their music was taut, darkly-shaded guitar pop and was one of our favorite bands of that era.  Since VF's demise Clifford has moved from the UK to Los Angeles, and matched the stark change in scenery and vibe with an equally dramatic change in music.  The Roxanne Clifford of 2019 is a master of danceable synth-pop.  Her skill with melody and hooks in the guitar pop realm has translated seamlessly to the new genre, and her songs reflect sophistication and polish.  There is joy and tears, a fun bit of sass, as well.  We know the market is flooded with synth-pop albums, but trust us -- this is one of the most satisfying, and you'll be happy to have it for a very long time.  Perhaps even until the next Patience album.

Who knows what the future will bring for Clifford, whose life has taken her from Manchester to Glasgow to London to LA, and from guitar noir to bright synth pop.  But the music world will have no complaints if she retains the Patience mantle for a while.

Our favorite songs include "White Of An Eye", "Voices In The Sand", and "Moral Damage".  Dizzy Spells is out on May 5 via Night School Records in digital, vinyl and CD formats in the UK/Eur, and Clifford's on Winona Records in North America. 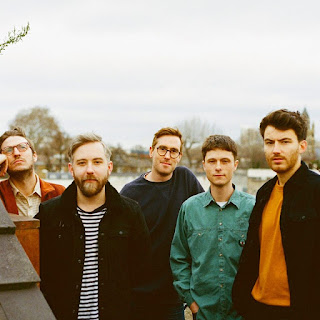 A recent, and happy, discovery for us at WYMA is London's Swimming Tapes.  We will have a better chance to explore their music in late May when they release debut album Morningside.  However, you can take a taste now via the video for album track "Passing Ships".  Dreamy and jangling, it is the perfect song to end a warm, sunny spring day.

Swimming Tapes are Robbie Reid, Jason Hawthorne, Louis Price, Paddy Conn, and Andrew Evans.  Morningside will be release on May 24 via Hand In Hive.

The Hannah Barberas - Get Physical 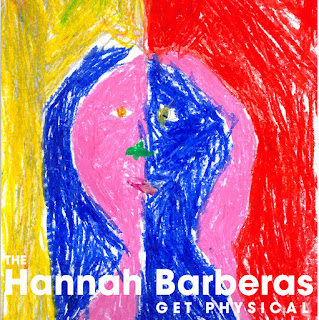 We aren't going to embarrass our fine readers by naming names, but we know that some of you have been too lazy to acquire each of the three EPs released by London's The Hannah Barberas when they first became available.  We know what it is like, life is busy and it takes time from watching GoT or paying attention to your fantasy sports teams, but now you feel bad that you have failed to support a very fine band, a band whose scrappy, jangling and hyper upbeat guitar pop is just what you need.  Not that you necessarily deserve it, but the fine foursome has bailed you out.  Combining with Subjangle Records, The Hannah Barberas  have released Get Physical, 11 tracks comprised of the best of their three EPs plus three new songs.  Now you can easily acquire the songs you want with one easy internet shopping trip -- no jacket or umbrella needed.  And you can even get Get Physical in physical format, if so so desire.  Sample the goods (including two of the great new songs) below, and then do what you know you should do.

The Hannah Barberas are Damien, Lucy, Doug, and Matthew.  Get Physical is out in digital and CD formats on May 3 via Subjangle Records.


Bandcamp for Get Physical
Twitter
Posted by Rocksteady74 (Scott) at 4/30/2019 No comments: 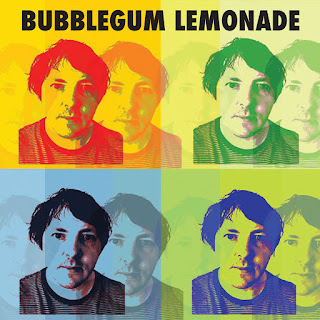 Every release by Bubblegum Lemonade is a cause for celebration at WYMA, and I suspect among jangle pop fans everywhere.  One of the musical projects of Glasgow's Lawrence "Laz" McCluskey, it is born of an unwavering conviction that sounds of The Monkees, The Jesus and Mary Chain, The Byrds, Velvet Underground and the Rickenbacker guitar are the perfect inspiration for vital music.  And it is a thesis that we find to be correct in every respect on the latest album, Desperately Seeking Sunshine.

While that jangle is omnipresent here, and very satisfying, it isn't even the star of the show.  You see (or, more precisely, hear), Laz is a wiz in crafting melodies and infusing pop dynamics with the dedication and speed of a man bailing out his leaking lifeboat while sharks circle.  If Laz's life depends and a good song, he may live forever, and the result of his efforts is the best and most consistent set of songs yet.  Whether offering sugary '60s inflected pop such as "Warm Heart Cold Feet" and "Just An Album Track", or Byrdsian instant classics such as "First Dance for the Last Time" (terrific song title, by the way) and "Girls In The Song" or, well, any other song on this album, Desperately Seeking Sunshine delivers a perfect rush of songs that look forward to summer, and sunshine.  Promise made in the title, promise delivered on tape.  What more could we want?

Desperately Seeking Sunshine is out now in digital and CD formats via Matinee Recordings.