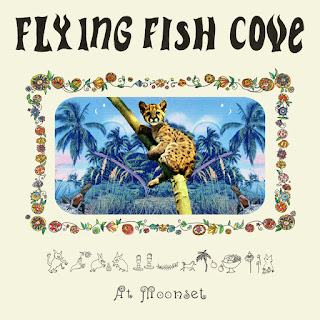 Fridays are album release day, and as is the case most Fridays, there are a number of worthies to consider.  But this week we didn't need to look far and wide for our favorite album release of the day.  May we present you with At Moonset, the debut album by Seattle's own Flying Fish Cove.  The band combines nostalgia, cultural references and an appreciation for fantasy into intriguing stories presented in a youthful, DIY style reminiscent of The Pastels and Heavenly.  Add in some psychedelic washes and unusual instrumentation, and we have an album that delights, excites and surprises.  While music typically is not described in physical terms (other than tempo and volume), At Moonset is manifestly warm and richly colorful.  Seattle is just starting its spring season, and is doing so with gray skies and drizzle.  But this album makes us believe that summer is just around the corner.  So we welcome Flying Fish Cove, and our first favorite album of summer.  In April.

Flying Fish Cove are Dena Zilber, Jake Jones, Sean Canfield, and Jacob Jaffe.  At Moonset is out now in vinyl and digital formats via Help Yourself Records. 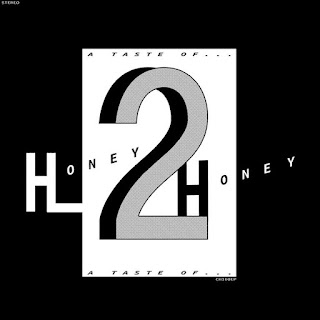 This is a perfect way to slide into the weekend.  Canberra/Sydney four-piece Honey 2 Honey is priming our interest in their eventual full length with the tasty EP A Taste Of.  Consisting of one of our favorite songs so far this year, "Tone Of Voice", and three terrific supporting tracks.  The special sauce here is a hypnotic, dubby brand of electronic R&B.  This is a change of pace that all of us indie kids truly needed, and it has pasted a smile on all of our faces around here.

Honey 2 Honey are Rory Stenning, Luke Keanan-Brown, Del Lumanta, and Daryl Prondoso.  A Taste Of is out now in digital and vinyl formats via one of the finest indie labels in the business, Melbourne's Chapter Music.

Everyone has their own idea of fun, but for us at WYMA fun is discovering a new indie pop band.  Today's discovery is Nah.  The Dutch duo of Sebastian Voss and Estella Rosa make uplifting twee pop with plenty of jangle. About a year ago they released their Summer's Failing EP, and they are back today with a fine two-song single titled Road Trip.

If your week is wearing you out a day early -- and our week certainly has taken on the form of a gorilla on our shoulders -- Road Trip is just the ticket to transport you safely to your weekend.  Trust us, we are experts on musical trips and hellish work weeks. 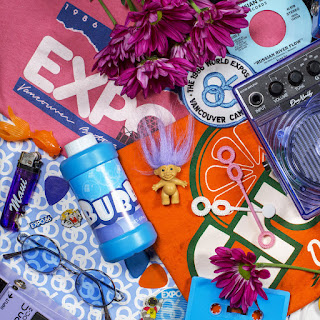 
Facebook
Bandcamp for Never Let You Drift Away
Posted by Rocksteady74 (Scott) at 4/02/2019 No comments: Links to this post 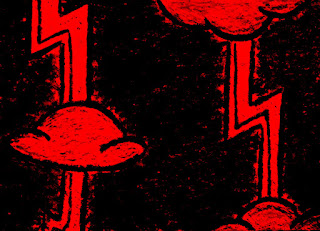 Stu Kidd has been a part of many projects in his music career, but it is as KiDD that he is making his most distinctive mark.  Where his previous KiDD creations represented the best of the delicate end of indie pop, his new album Chance Weekend reveals an expanding vision.  Here the artist paints with more vivid colors and a broader palette and the rhythms are more robust, although with enough loose threads to remind us that his ethos is the indie world.  Stu hasn't lost his appealingly slightly off-kilter perspective, or his fondness for a music hall singalong or a gentle folk tune, but he is hitting his stride as a solo artist that can deliver the goods to a broad audience.

Chance Weekend is out now as a digital release and a limited edition CD via Zenzerino Records.  Check the Bandcamp link.

Swedish synth pop masters Red Sleeping Beauty will be gifting us with a new album is less than two weeks.  Titled Stockholm, it will be released in digital and CD formats via Matinee Recordings.  The trio of Niklas Angergard, Kristina Borg, and Mikael Matsson never fail to elicit thrills and contented sighs, so we have high expectations for this album. You can sample album track "The Swedish Winter" below, and then you can pre-order (and listen to a three-song sampler) at the Matinee Recordings link below.