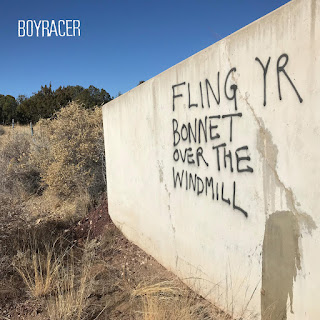 Boyracer doesn't make music that sneaks up on you.  Their music enters your cranium at warp speed, with punk ferocity and a dense, fuzzy wrapper around a tight little pop filling in the center.  And then just as your pleasure sensors are rocking out, the song takes a quick bow and the next one leaps in.  The band have been at it for a long time, with a numerous and changing cast of musicians, multiple labels, and several different locales -- including their original base in the UK and main Boyracer Stewart Anderson's current home in Flagstaff, Arizona.  Between 1993 and 1994 the band released three EPs via Sarah Records, EPs fans assumed were lost in the mists of time.  But such assumptions didn't account for the combined effects of modern technology and Stewart's psychological condition known as ABRM (or, Always Be Releasing Music).  So Emotional Response Records, run by Stewart and his spouse, Jen Turrell (also a Boyracer alum), has combined the three EPs into Fling Yr Bonnet Over The Windmill.  This is classic stuff, with 15 tracks of rough-edged punk rock perfection.  And in addition to being thoroughly exciting, we think it is an important take on pop music that earns the right to reach a new set of years (and old ears as well).  Concision is the order of the day -- I think only one track exceeds three minutes and I'm surprised that Stewart didn't break it up into "part 1" and "part 2" -- but with the energy packed in each track, the run times are exactly right.

Fling Yr Bonnet Over The Windmill is available in digital and vinyl formats.  See the Bandcamp link below. 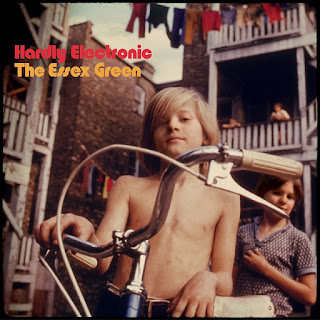 The band was formed in the late '90s and were based in Brooklyn for many years, although now are variously located in Vermont and Montana.  They were considered part of the Elephant six scene and shared members with chamber pop band Ladybug Transistor.  Although psychedelia was present in their earlier work, the songs on Hardly Electronic lean more toward folk rock with some chamber pop and country, although they can rock out when they want to (check out "Catatonic" below).  The sound is a layered and fulsome combination of keys and guitars, with well-delivered vocals and a high energy delivery.  This is a band that has matured without getting complacent, and gloriously overcome the hurdles to writing music while living far apart.  If you are looking for a new album for your summer soundtrack, check out the tracks below and stream it in its entirety at the Bandcamp and Soundcloud links.

And that reminds us of a fourth truth, the twelve year wait between the preceding album and Hardly Electronic is far too long to wait.

The Essex Green are Jeff Baron, Sasha Bell, and Chris Ziter.  Hardly Electronic is out now in digital, CD, and vinyl formats via Merge Records.

"Complex"/"Lord of All I Survey" by The Chills

In September, the resurrection chapter of The Chills continues with a new album titled Snow Bound.  The long-running New Zealand guitar pop band, headed by Martin Phillipps, still delivers its now classic guitar pop sound, but the lyrical content confronts the passage of time.  Think of it as summer anthems with an autumnal shading.  Two of the songs, "Complex" and "Lord of All I Survey" are available now as a digital single.  Long live The Chills!

Snow Bound will be released by Fire Records.  The band will be touring New Zealand in September and October.

Jetstream Pony, the only band we follow that is named after a retired racing greyhound, is gracing us with a new self-titled EP next week.  The record will be released on 12" vinyl via Kleine Untergrund Schallplatten.  We haven't heard the EP yet, but if the title track below is any indication, it will be a record to collect. 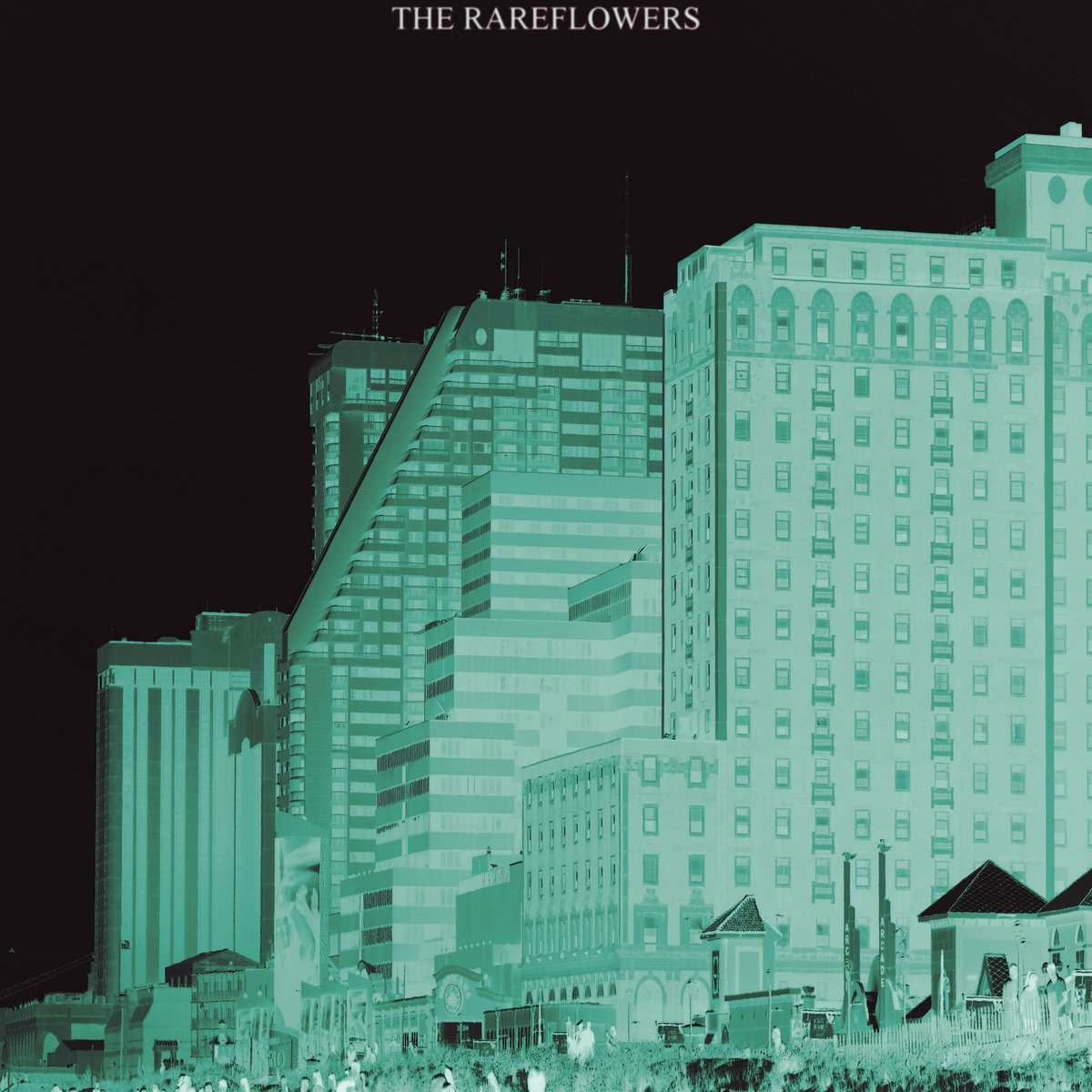 Today's ace discovery is New Brunswick, New Jersey's The Rareflowers.  The trio crafts classic power pop with jangle, hooks and plenty of sunshine.  Their self-title EP offers four songs that demand your ears while you drive, lay on the beach or, in my case, pretend to work at the office.  The songs have plenty of energy and exude optimism.  We are sufficiently impressed that we've provided a representative track, a stream of the EP, and a video of the record closer, "Shake".

"Love Is A Word" by The Smittens

Time for a bit of education.  The Smittens is a term that describes a talented indie pop band from Burlington, Vermont.  Fika Recordings is London-based record label that releases quality pop music.  "Love Is A Word", well, yes.  But it also is a name of a song by The Smittens and released by Fika Recordings, which also will release The Smittens' August 3 LP City Rock Dove.  So there - learning doesn't have to be boring or painful.