It is Saturday night here and we are getting our party started with two essential tracks by Belgian dance/electronica wizards Soulwax.  We know they are essential, because they are titled "Essential Three" and "Essential Four", taken from the duo's upcoming June 22 release titled Essential.  The album springs from an invitation to appear on BBC's Essential Mix program, which inspired Soulwax to create an hour of original music based on the word "essential".

Essential will be released in CD, vinyl and digital formats by DEEWEE / PIAS.

"Someone New" by Smokescreens

"Someone New" is the something new from Los Angeles quartet Smokescreens.  Founded on a love of '80s New Zealand guitar pop, the band now reflects a wider array of influences, all of which resonate with our ears, brains and hearts.  Used to Yesterday, their second album, is scheduled for a mid-July release via Slumberland Records.  But because it would be very cruel to announce the album and not let you hear a bit, they have provided "Someone New" -- a truly great bit of indie rock to start your weekend!

"Snakes" and "The Islands" by Pale Green Things

Manchester's Jack Traynor records as Pale Green Things, crafting reflective, folky pop songs of quiet grace and beauty.  His debut album is titled The Beast in the Hearts of Men, and is due in late June.  But you can meet his music now via album tracks "Snakes" and "The Islands", which have been released as singles.  Both songs are worth your attention, but we are particularly fond of "Snakes". 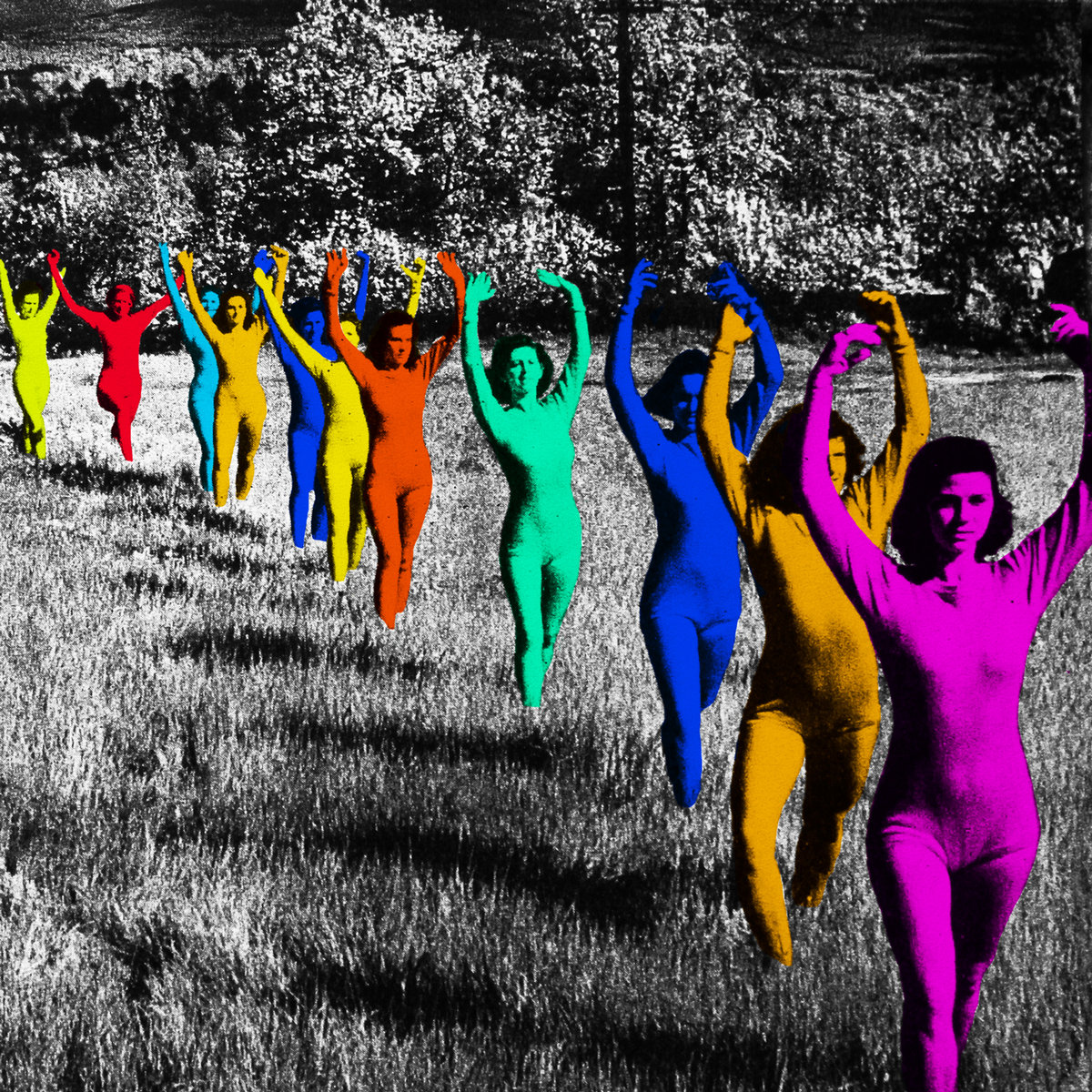 TV Girls is a Los Angeles collective headed by songwriter/musician Brad Petering.  We have been fans for years, enjoying their crisp synth pop and warm, hook filled arrangements.  The lyrics can be bittersweet, or even dark, at times, but the music never fails to hit the spot.  Their latest offering, wisely timed to coincide with their active summer touring schedule, is Death of a Party Girl.  You can score a vinyl version via pre-order at the Bandcamp link, but you can get a free digital download right now.  We recommend it highly, and have already added the ten songs to our permanently available TV Girl playlist.  This album provides a chill soundtrack for your summer, and if you are a vinyl collector, the digital will keep you happy until your disc is ready later this year. 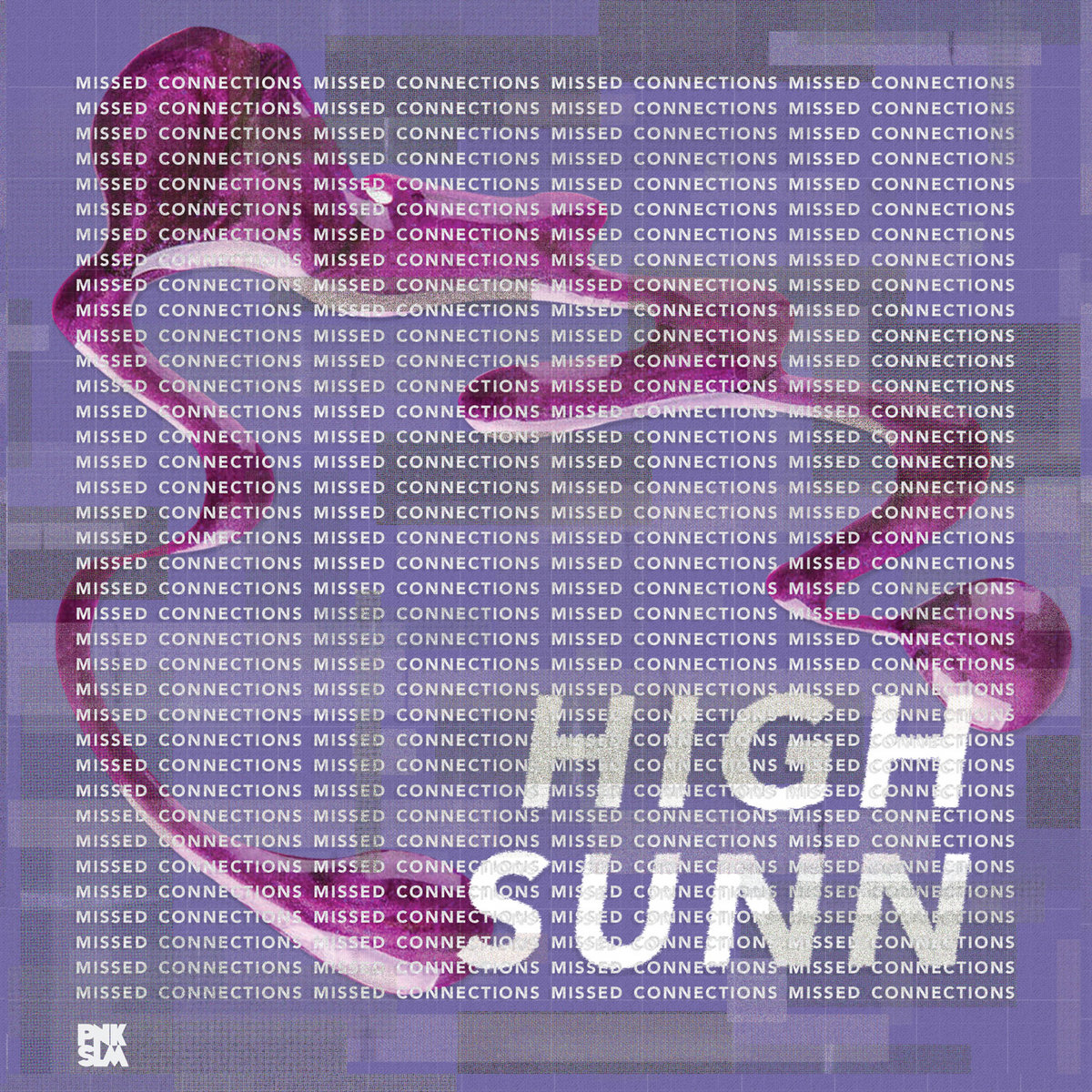 Every year as summer approaches we search for music to provide our summer soundtrack.  You know, music for driving to the beach, music for backyard parties, music for late nights on the deck under the stars.  And a prime contender this year comes courtesy of 18-year old San Francisco musician Justin Cheromiah.  Recording and performing as High Sunn, Justin has followed his well-received 2017 EP Hopeless Romantic with Missed Connections, containing some of the most infectious, guitar pop we've heard in a long time.  We note that Justin is not a rookie when it comes to recording his songs, as he has been recording his own material since he was 14.  But now he is working with a full band and, while still lo-fi, his material is polished, hook filled, melodic, and highly accessible.  Unsurprisingly, the themes run to coming-of-age and teenage angst, but we old guys are fine with that if the music is this good.

Missed Connection commences with the sunshine surf pop of "Summer Solstice", followed by the '90s alt rock "I Thought You Were There" and the upbeat power pop "Those Last Words", with oohs and swoops in the choruses.  And for our money, those aren't even the best songs.  What are the best songs?  Well, the run of songs from track four through the closer, track 10, presents a wealth of choices so consistent that we can't decide for you.  We've presented three candidates below, but we encourage you to stream the album on Bandcamp and decide for yourself. 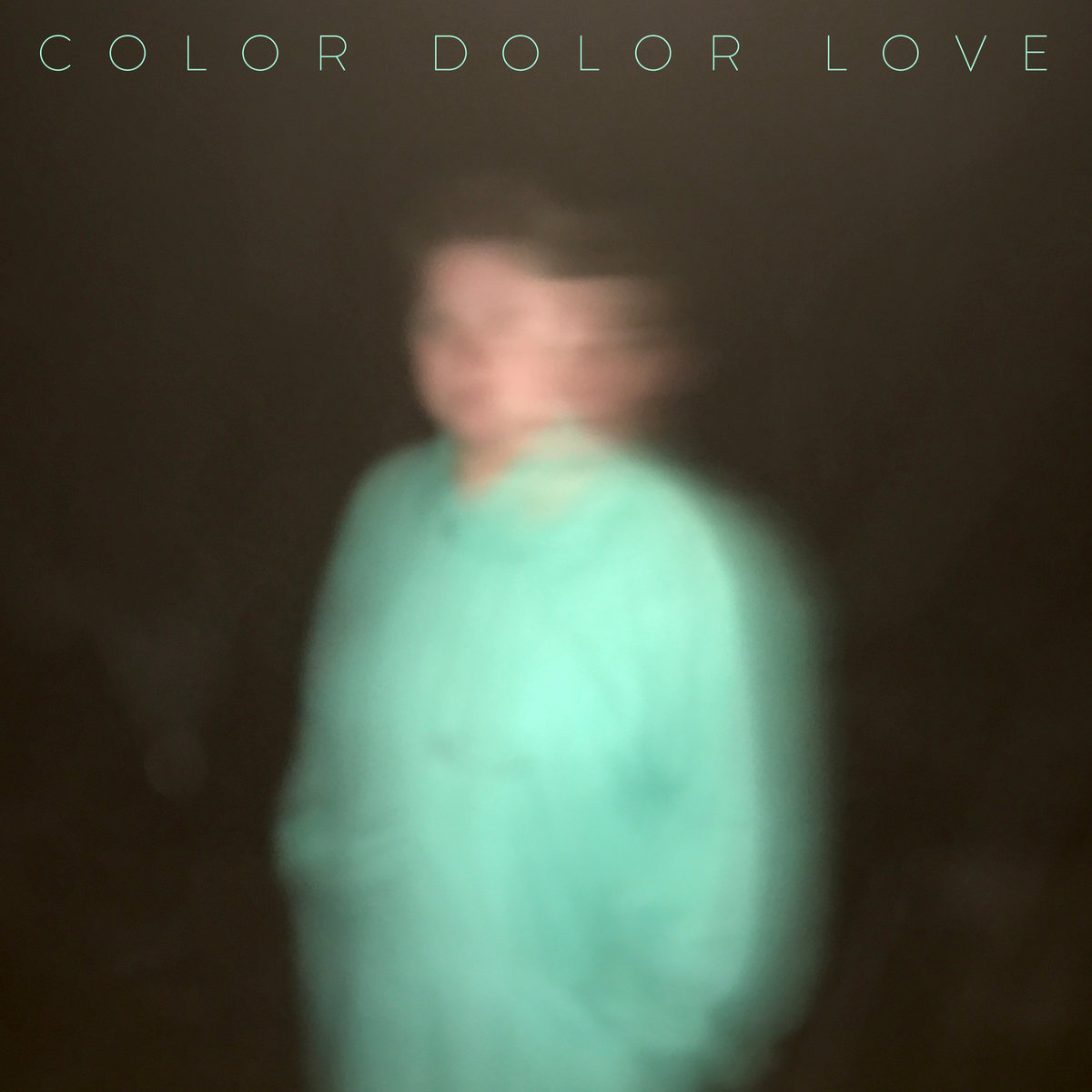 Love is the third album by Finland's Color Dolor.  Offering elements of dream pop, electronica, R&B, industrial, and club music, it is a delectable showcase for the craft of Stina Koistinen (vocals) and Nicolas "Leissi" Rehn (instruments and programming).  Adventurous and dynamic, yet intimate, the album looks at love at several levels and from several perspectives, but never fails to delight and entertain.  It is a new musical approach for Color Dolor, but we think that it should provide them with a chance of gaining a major audience.

Love is out now in digital, vinyl, and cassette formats via Helsinki's Soliti Music.

The Cleaners From Venus - Star Cafe 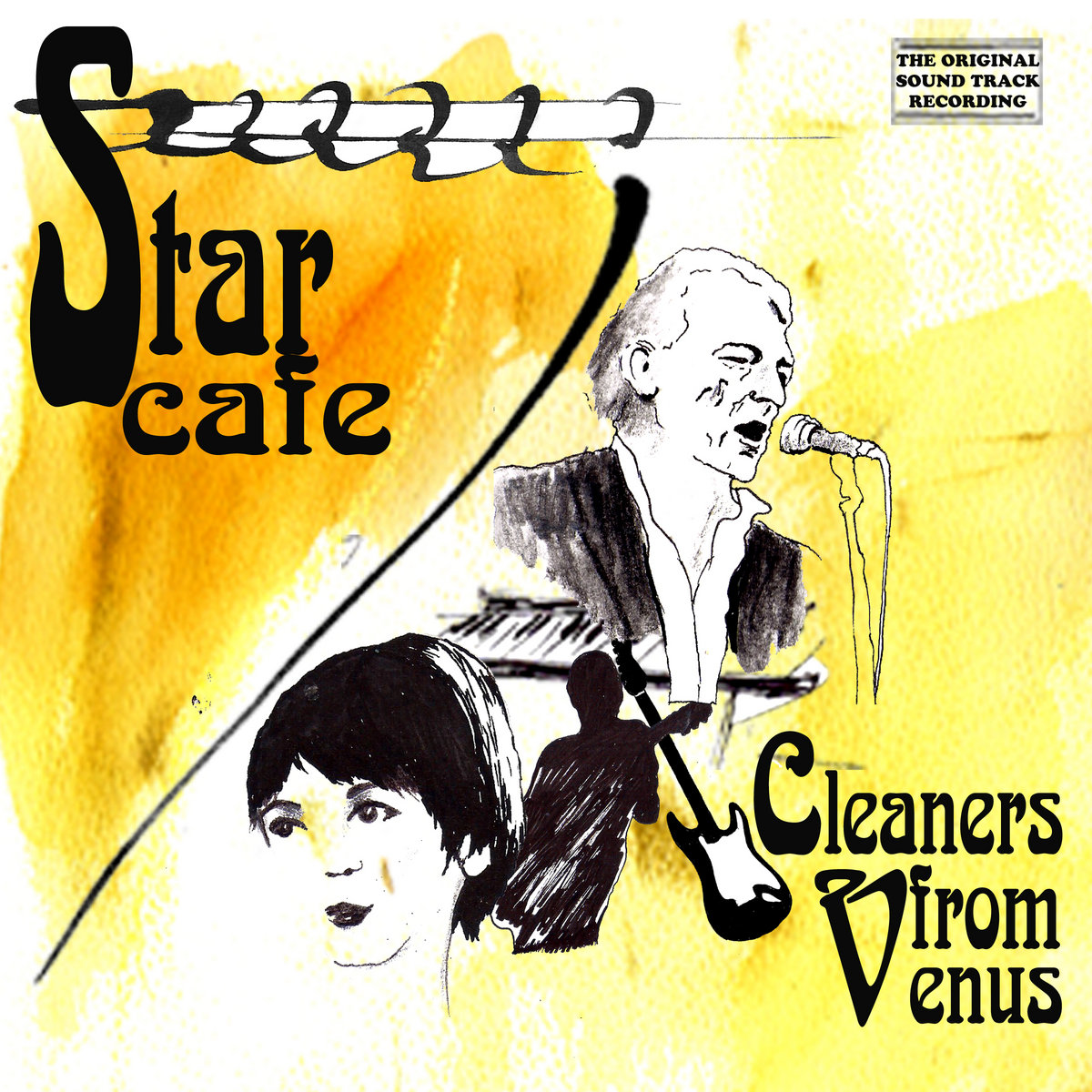 Another record by Martin Newell, AKA The Cleaners From Venus, isn't really a surprise, although it is thoroughly welcome.  The new Star Cafe even has a bit of a twist as it is a concept album, or perhaps a play waiting for a troupe of willing performers.  It is packed with great storytelling, loosely based on Cinderella and set in a cafe (with the thought that the audience can be the customers).  It offers family drama, hopes and dreams, and the awakening of second chances.  Musically, it boasts the sort of timeless folk pop arrangements that the British do so well.   The recording is lo-fi, but the execution execution and sincerity are top of the range.

Enjoy the album, and if you are tempted to stage a play, Martin has said he may even be willing to offer a bit of scriptwriting.

Those Unfortunates - Two Songs About Football 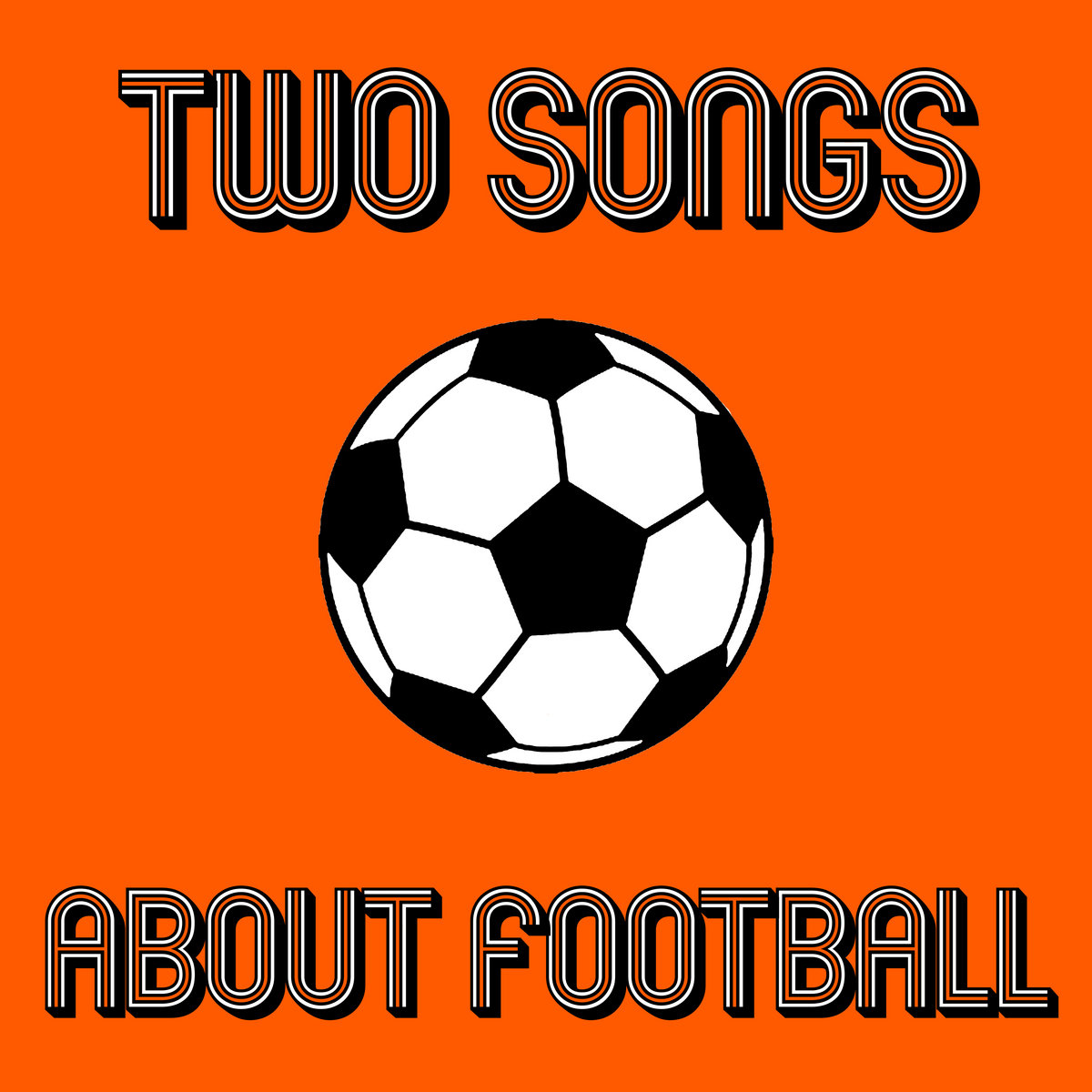 Once again for your listening pleasure, London's Those Unfortunates.  The London band, which released an excellent album last year (link), has followed their recent bus-themed single with a single about football (or soccer, for those otherwise inclined to confuse things).  Consisting of two songs celebrating the beautiful game while showing two sides of jangle pop -- the energetic "Hornsey Automatic FC" and the folky "King of the Lane".  This record is a great way to get into the mood for this summer's world cup.

Those Unfortunates are Ben Brill, Magnus Alanko, Henry Bird, and Seb Brennan.  Two Songs About Football is out now in digital and cassette formats via Gare Du Nord Records.