GospelbeacH - Another Summer of Love

It seems to us that one of the best things music can do for us is evoke memories and emotions.  And one of the most evocative albums I've listened to in a long time is Another Summer of Love by Southern California's GospelbeacH.  According to head man Brent Rademaker, the concept behind the album is a California country rock band about to lose their record contract and making a record to try and get radio play to stay alive in the game.  And certainly the album works on that level.  But the magic of music is that for me it works in ways that Brent did not, and need not consider.  For me, Another Summer of Love reminds me of a certain time in my life when summer days involved finding young women willing to head out in a boat or march to the back of the dunes with a bottle of wine, and nights were filled with climbing into my best friend's car and heading to the Ravenna Ballroom or some other teenage hangout with the air bristling with the kind of electricity that a group of young people out on the prowl create.  In those days we listened to music virtually nonstop, and the bulk of it was the sort of country-tinged California indie rock that GospelbeacH has mastered, as well as a healthy dose of Stax soul and R&B.  So Brent and his collaborators got the time and vibe exactly right, and gave me a flood of great memories.  It even prompted me to contact my old wingman, living in the opposite corner of the country, to relive the days when we thought we were becoming legends.

The foregoing doesn't mean that Another Summer of Love is a nostalgia piece.  This is timeless left coast rock, and it will never be unwelcome to those who love guitar pop.  The stories are vivid and true, the performances top-notch, and the variety reveals a songwriter with a comprehensive knowledge and love of guitar pop.  I wouldn't have been surprised to see Chris Hillman, J.D. Souther and the Poco boys in the credits.  But Brent and company are so good, they didn't need them.

Brent Rademaker's background includes Beachwood Sparks, The Tyde and in his deep past, Further, in addition to other projects.  For this album, his core collaborators were Jason Soda and Johnny Neimann.  Another Summer of Love is out this week on vinyl, CD and digital formats via Alive Natural Sounds Records.

Sammy Brue - I Am Nice 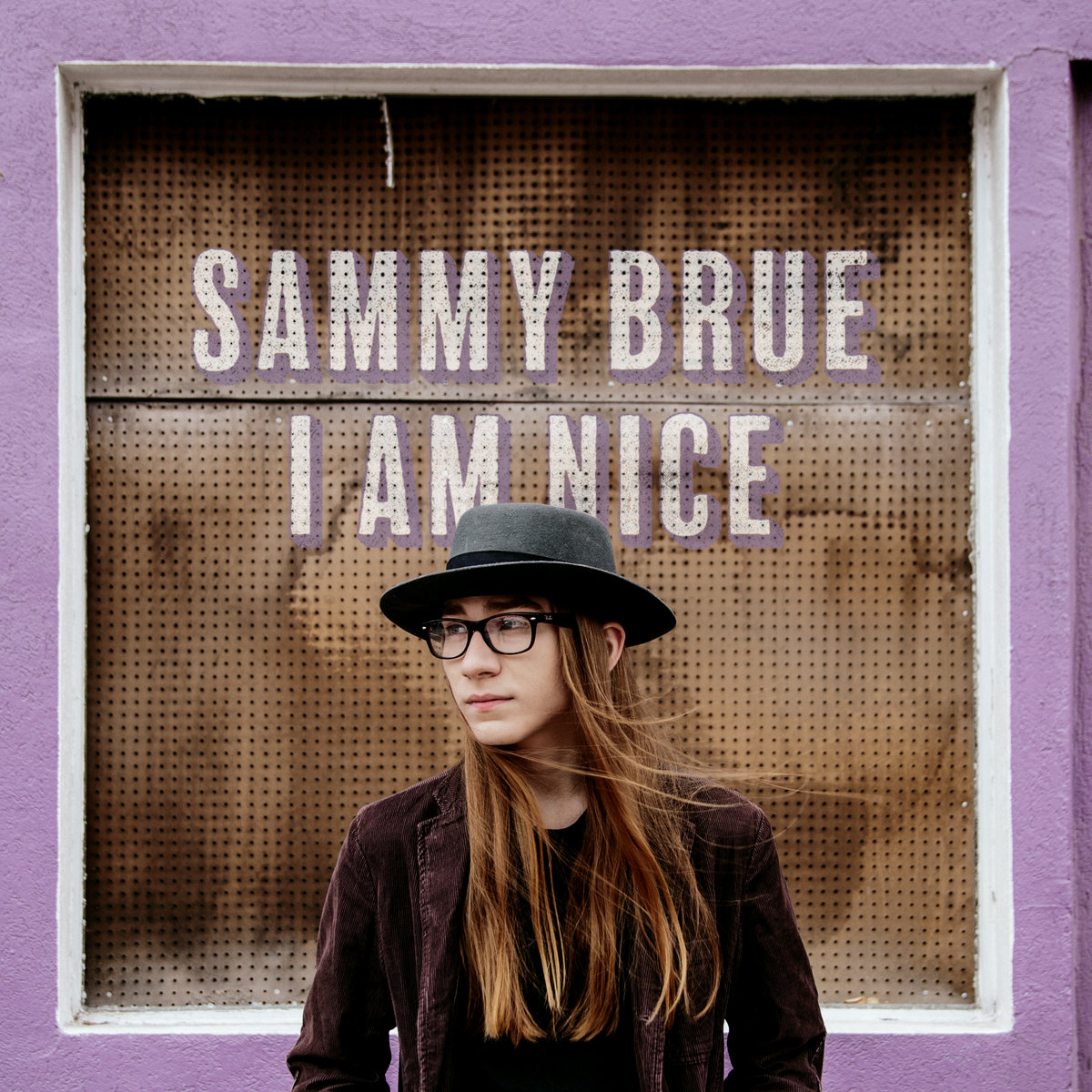 You all are invited to a teenager's coming out party.  We're talking about Ogden-based Portlander Sammy Brue.  The young man is 16 years old, but writes with the sophistication and observational skills of a much more experienced man, and sings with the phrasing of an long-performing troubadour.  The platform for the party is his new album I Am Nice, although amazingly his two previous EPs were noteworthy as well.

Brue's style touches on folk, Americana, country, garage, and a bit of '60s retro (e.g. "Was I The Only One" and ("I See, I Hear").  One could say he's a young Dylan, but no one deserves to bear that burden.  Moreover, Brue doesn't mine the political and social commentary veins, but rather writes about actual or possible relationships with a keen eye, empathetic tone, and sly sense of humor.  I invite you to watch the lyric video below for "I Never Said" for a view to the young man's knack for lyrics, melody and delivery.  I feel safe in saying that most musicians don't hit that level in their entire career.  And to embellish the praise, I should add that Sammy wrote some of these songs several years ago (I guess one has more time when one is too young to drive).  Moreover, while Brue is brilliant on the slower-paced songs, he can rock out with panache, as evidenced by "Covered In Blood" and "Control Freak" (the latter inspired by an interview with Kurt Cobain).

My favorite songs are "Was I The Only One", "I Never Said", "Control Freak", but every song is a keeper.  The production is superb and ably enhance Sammy's performances.  If you don't get this album, you'll see it on 2017 lists in six months and feel foolish.  Don't be foolish.

I Am Nice is out on June 16 via New West Records.

Glasgow guitar pop band Life Model's Lucky EP won't be available until July 21, but you can get a taste right now by listening to the stellar title track.  If you like it, watch this space for more information about the EP in the coming weeks.

Life Model are Sophie Evans, Chris Smith, Joanne McCafferty, and Michael McDonald.  The EP will be released by Frux Tapes in digital and cassette formats.

The Pains Of Being Pure At Heart ("POBPAH") shouldn't need any introduction to the readers of and indie blog, so I won't waste your time writing one.  But we all know that when Kip Berman is on his game, he dishes out top of the class dreamy, concise indie pop that favorably recalls The Pastels and our C86 favorites.  Today POBPAH shared the second song from their upcoming album, and it once again reminds us that this band is as sharp and relevant today as they were when they burst on the scene in the '00s.  Enjoy "When I Dance With You" below.  The song is about the comfort one finds in love despite uncertainties concerning the future.

The new album, Echo of Pleasure, is due September 1 via the band's Painbow Records.  POBPAH is touring this month and in September and October.  Dates and venues are listed below. 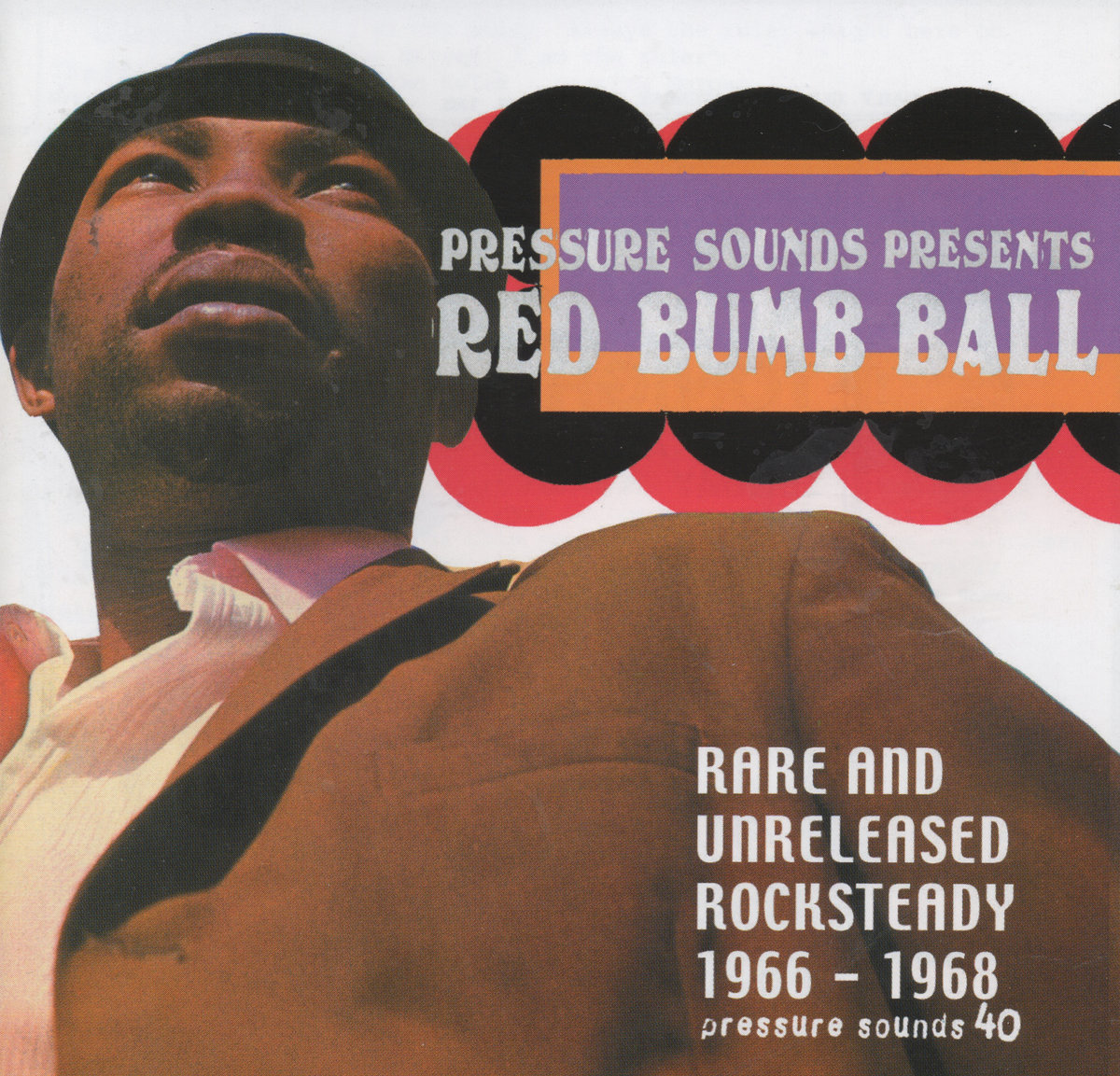 We are starting out the week with some old music.  Some very old music, packaged for new and old ears alike.  The genre is rocksteady, the Jamaican musical form that provided the brief bridge between ska and reggae in the later half of the '60s.  Taking rhythms of ska, slowing them down, adding elements of American R&B, and emphasizing the bass guitar and vocal harmonies, the rocksteady period produced numerous beautiful songs.  Labels have released numerous rocksteady compilations in the digital era, but we are always happy to listen to a new one, especially from a respected label such as London's Pressure Sounds.

Which brings us to Red Bum Ball: Rare And Unreleased Rocksteady 1966 - 1968.  For this compilation, Pressure Sounds has assembled 20 rocksteady  tunes produced by Derrick Morgan, and recorded with Lyn Taitt & The Jets as the backing band.  The vocals were provided by various artists, including several by Derrick Morgan himself.  The aspect of this compilation which elevates it above a number of other rocksteady compilations and into the 'recommended' status, other than the quality of the tracks themselves, is its uniqueness.  While the material on many compilations overlap, Pressure Sounds took the harder road of selecting songs that were rare, and even unreleased, while still having the quality to justify inclusion on a record 50 years after recording.  The result will please any casual fan of Jamaican musical styles, and likely will be essential for any serious collector.