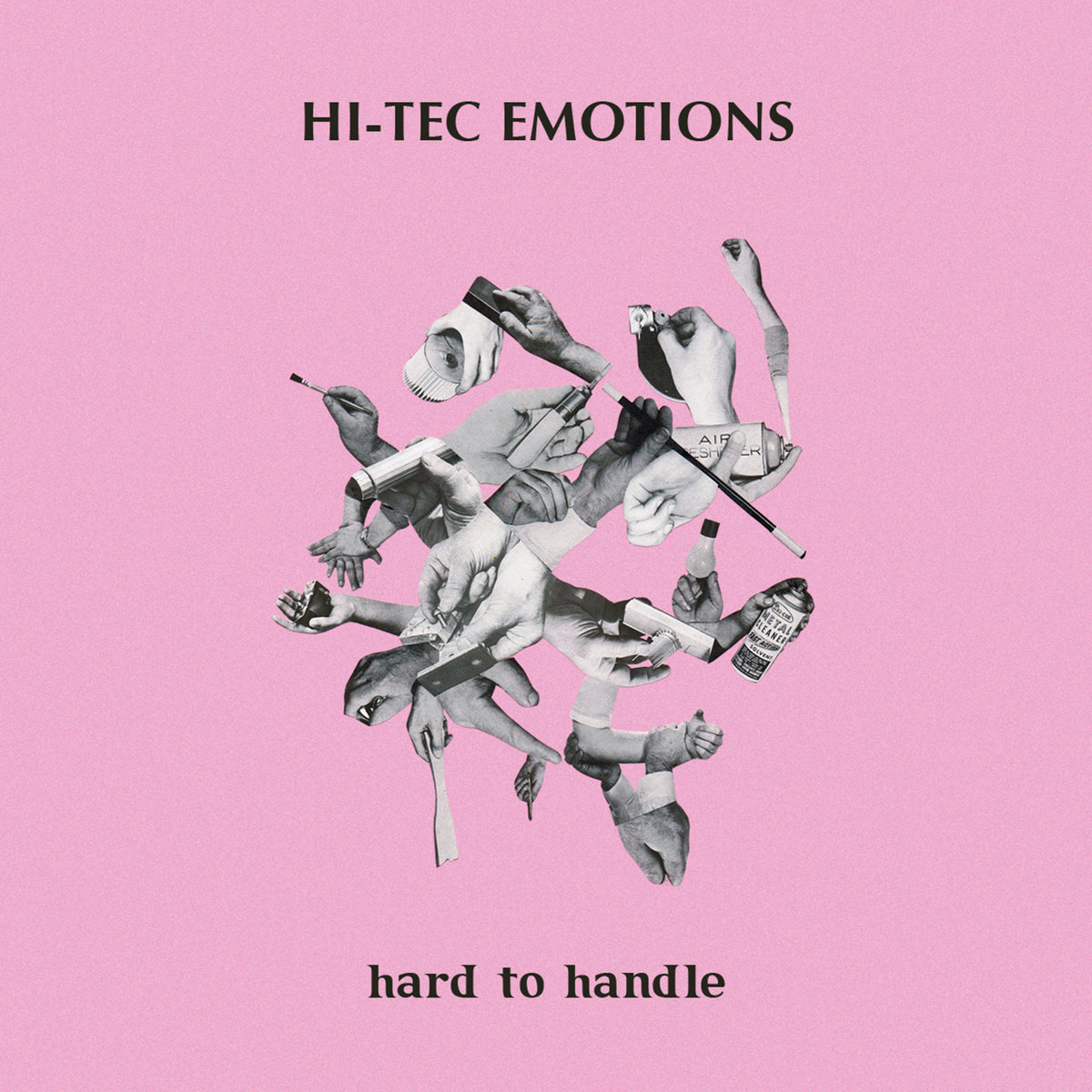 Melbourne's three-piece Hi-Tec Emotions offer a satisfying musical club sandwich with punk, grunge, and new wave layers.  I don't care whether a band's members are male or female, and often don't even mention it, but Hi-Tec Emotions tells their tales with a female perspective, so the information is relevant.  The ten tracks on their new album, Hard to Handle, share a palpable sincerity and high energy.  There is rage, and outrage -- this lot doesn't flinch from identifying the bad guys and telling their story.  And it all rocks fast and rough, just like it should.

The album kicks off with the punk fury of "Look Around".  By track three, "Heart Line" we are in heavy rhythm new wave territory.  Other highlights are punky "Evil", the new wave anthem
"Mirror Mirror", and the glittering "Tess".

Arborist is an band fronted by Northern Irishman (Co Antrim) Mark McCambridge, a man who infuses power in his music via lyrical content and carefully layered instruments, rather than by volume.  There are people who give such quiet music little attention.  In our view, if that attitude causes people to ignore Arborist's debut LP Home Burial, those people are missing out on some great music.  McCambridge's stories are lucid and flowing with excellent word-smithing.  He has an eye for darkness, but the phrasing and arrangements don't allow the proceedings to become unbearably weighty.  The overarching themes are home and death, with related topics such as ageing, sadness, funerals, and fractured families.  McCambridge is equally comfortable composing in indie pop/alt folk and country veins, and the 11 tracks on Home Burial include both.  One of the most engaging of the country-tinged offerings is "Twisted Arrow", which features Kim Deal.

While never loud, the album is rich in details, from various guitar styles to horns, piano, and strings.  While my preference leans to the tunes with fewer country elements, especially "I Heard Him Leaving" and "A Man Of My Age", there is not a bad song in the set, and "Twisted Arrow" is a gem.  Make note of it, Arborist is a budding star.

In addition to McCambridge, the players on the album are Richard Hill, James Heaney, Ben McAuley, Johnny Ashe, and Luke Bannon.  Home Burial is out today via Kirkinrola Records in CD, LP and digital formats.

We think Alice Merida Richards and Sam Pillay, the duo that comprises London's Virginia Wing, love their listeners, but just may dislike music journalists.  The evidence for the first component of our theory is the delightfully varied and inventive music on their new album Forward Constant Motion.  The evidence for the second component of our theory is the challenge presented by trying to describe their music.

The album contains warm Tropicalia, then skittering percussion, then dancing grooves, then someones hallucination set to glorious music.  Add in some drone and a dash of techno.   And pop music that dissolves into something else, and then pops out of the closet and says "boo, I'm pop again".  None of it comes at the time, or from the direction, you expect -- perhaps a bit like the musical equivalent of watching changes images in a set of changing warped mirrors.  But nevertheless, it all comes at a time and from a direction that is better than what you expected.

Get up and move forward with Virginia Wing.

Forward Constant Motion is out as of November 11 via Fire Records. 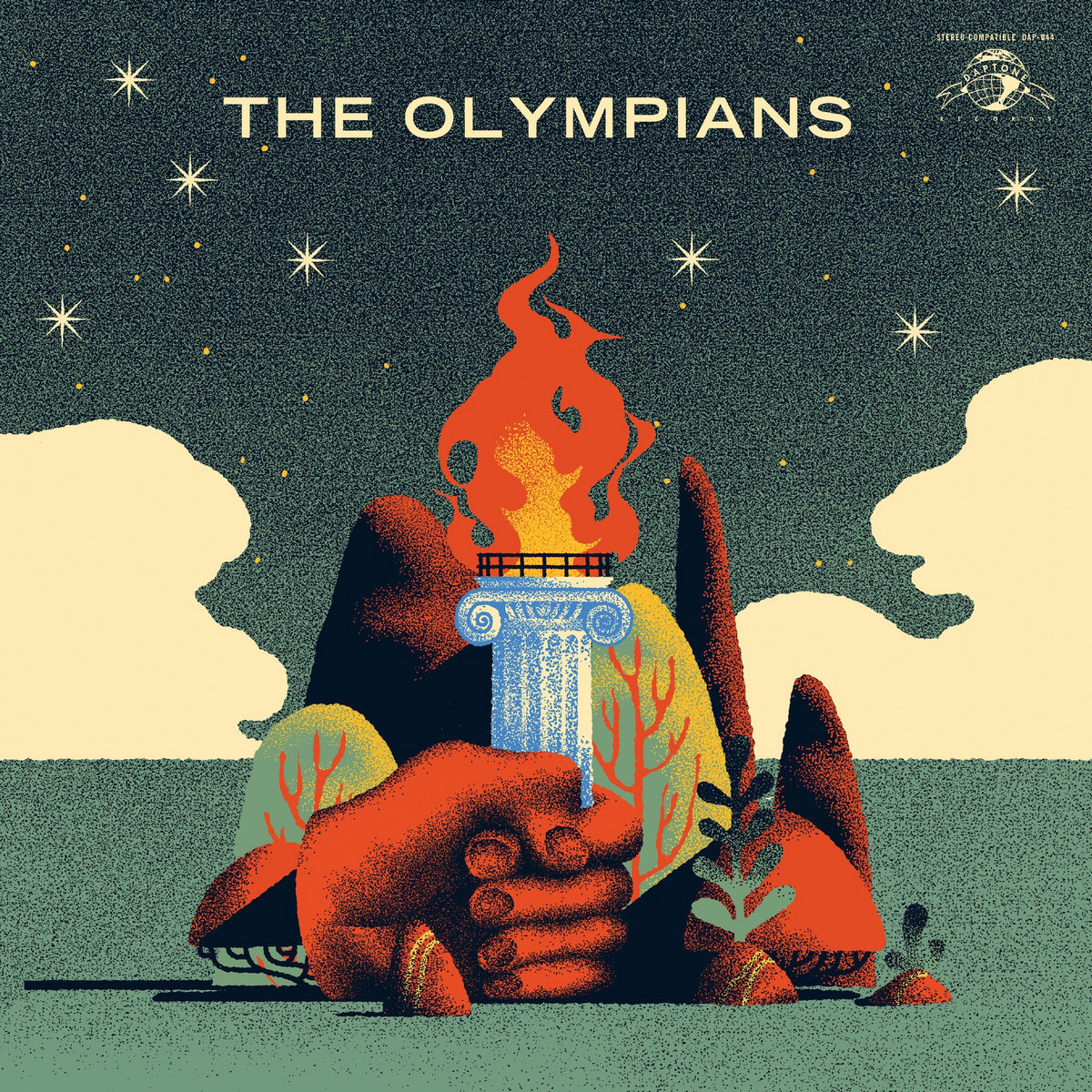 The Olympians is a big, bold name for a music project, conjuring images of Greek gods, heroic deeds and epic stories.  In a world where 'go big or go home' means something because, in part, not everyone who attempts to 'go big' succeeds, the name sets a high and very public bar to jump over.  But when you have a label like Daptone, and a roster of musicians from the bands of Charles Bradley, The Dap-KIngs, Menahan Street Band, Budos Band, Tonight Show Band, Lee Fields, El Michels Affair, The Arcs, and Sugarman 3, plus the musical director for Steely Dan and David Byrne, perhaps the attempt isn't so brash after all.

The project is the brainchild of vibraphonist and pianist Toby Danzer, who dreamt he was asked to tell the tales of ancient Greek gods.  Toby's accepted the challenge, and chose to fulfill it via instrumental soul music with the assistance of some of New York's best musicians.  And the results are fantastic -- vibrant, evocative soul music that manages to connect with the listener despite the absence of any spoken words.  Pazner and company set the stage, provide the backdrop and inspiration, and let your mind paint the rest of the picture.  It is indeed digital magic, my friends, and you owe it to yourself to give The Olympians a try.

One of our all-time favorite jangle pop projects is Bubblegum Lemonade.  The baby of Glasgow's Lawrence "Laz" McCluskey, it features the classic sounds of The Bryds, The Jesus and Mary Chain, and The Monkees.  A new album called The Great Leap Backwards is coming soon via Matinee Recordings, but you can test drive the wonderful "Tongue Tied" right here, right now, without a time machine.  We previously brought you another album track, "Beard On A Bike", which covers the classic pop trope of a psychopath on the bike trail.  Stayed tuned for a full feature on the album. 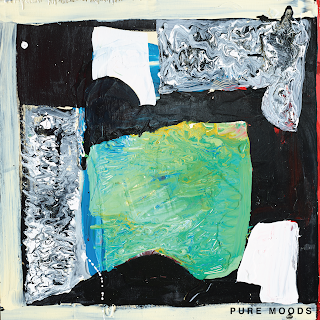 Pure Moods have arrived.  The trio comprised of Adam Madric, Alex Lahlie, and Wyatt Knowles features a wealth of experience with other Melbourne bands, but this self-titled LP is their debut together.  Featuring well constructed guitar pop varying uptempo songs with more languid arrangements which may remind the listener of fellow Melbourne band The Ocean Party, the band delivers a consistent and worthy addition to the formidable roster of indie bands from their home town.  The harmonies are sweet and recall a sunny afternoon spent in the backyard with musician friends, a case of beer and some inspiration.  Admittedly, it isn't all sunshine, and "From My Pocket", in particular, explores less happy moments.  But happy or sad, this is a set of songs to cherish.

We have a few of our favorite songs from Pure Moods to showcase the goods.