"For The Record" by Beat Connection

The lads at Seattle's Beat Connection decided they couldn't let summer pass without a new tune, so they've dropped "For The Record" on to our backyard dance parties and beach fire discos.  Warm and nostalgic, but with plenty of meaty beats and calls to move, it is just what we needed.  Thanks, guys.  Headed to the back deck with a brew right after I press "publish".

It is a digital release, so head to your favorite electro-store for electro-pop. 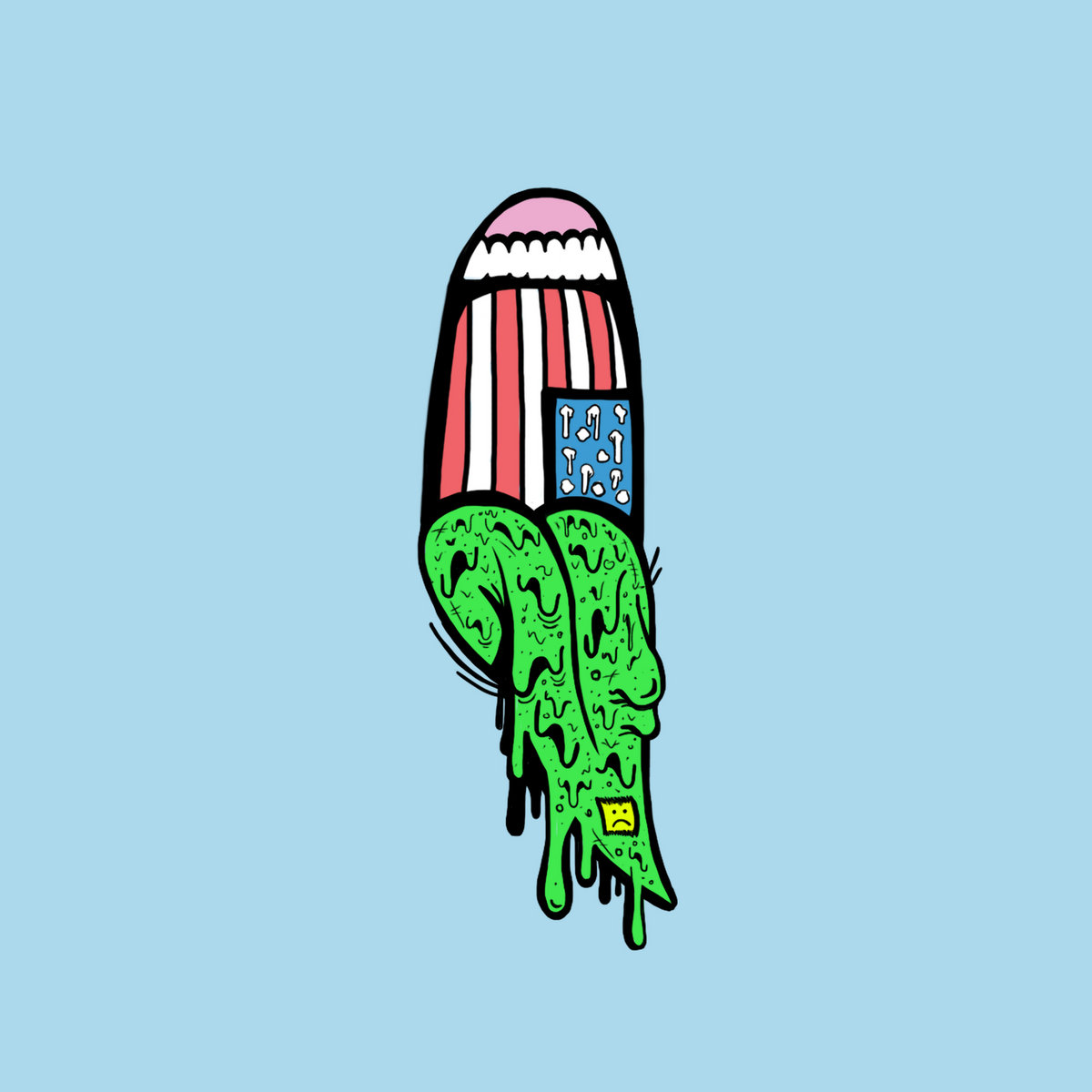 Last year we discovered a tasty EP titled I Died Dreaming by Seattle's Acid Tongue, which in our expert and unassailable opinion heralded the arrival of a very talented garage rock trio.  Guy, Ian and Jacob are back with four more of their freaky, edge-of-breakdown psych-garage gems on Beautiful Disaster, and the future couldn't be brighter.  There is a stoner, not-taking-this-too-seriously vibe, but the songs, while varied in style, are all well conceived and masterfully executed.  The garage rock rhythmic bones and guitar hooks are well adorned with soul and R&B touches and filled out with dark themes.  Listen to the psychedelic opener and the grungy "Mac and Me", and you'll be tempted to think you've heard the best of the record, but after listening to "Twister" and "Annie Get Your Scissors", I concluded that for my tastes, this EP is backloaded.

Beautiful Disaster is out via Seattle's Freakout Records (see Bandcamp link below) in digital, CD and cassette formats, and is available on digital platforms.  Failure By Design Records in the UK has a stock of cassettes of the EP as well.  Folks, this is a four-song gem for your weekend slacking around the 'hood.

We think it is time for a little navel gazing.  No! Pull your shirt back down, although we applaud your enthusiasm, if not your ab regime.  We aren't talking about your navel, we are talking about Glasgow's The Bellybuttons.  The four-piece has released a five song EP titled Nostalgia Factory which is as wonderful as it is (soon to be) rare.  Glasgow's fine garage/fuzz label Fuzzkill is only offering 100 of these precious cassettes so if it isn't too late now, it will be soon.  And even if you don't love cassettes, the purchase brings a digital download as well as streaming via the Bandcamp app, so you are covered in every direction.

What does it sound like?  Perhaps like a joint effort of The Jesus and Mary Chain and Pavement.  Check out the entire record below.  If you only have time for one song, press play on the title track.  You don't think you will be disappointed.

It has been our opinion for several years that some of the best shoegaze-oriented indie rock has come from Finland.  And one of the brightest lights is Tampere's Mumrunner.  Kati, Sauli, Juuso, and Jukka create music that spans the genre from the dream pop edge to the heavier, nearly abrasive sounds at the experimental end.  The guitars are big and encompassing, the melodic strains enticing.  The band will release an new EP titled Gentle Slopes in early September.  Helsinki's Soliti Music will handle the digital, while Germany's Wolves and Vibrancy Records will have 12" vinyl.  The first single from the EP is the lovely "Sputnik".

Wyatt Blair - Point of No Return

We may all regard ourselves as dedicated fans of modern indie rock, but we should be able to admit that sometimes there is nothing quite so satisfying as so classic '80s style rock.  You know what I'm talking about -- choruses to the rafters, big hooks, indulgent guitar solos, layers of synths, gloss, big hair, hyper-over production, and a glaze of swaggering glam.  But where can you get that sort of thing these days?  As always, we have you covered.  You will find all of the guilty pleasure goodness in Point of No Return by Wyatt Blair.

This album is one delicious '80s-hit-that-was-never-released-in-the'80s after another.  It is a soundtrack to a top grossing '80s brat pack movie that was never made.  It is your summer guilty pleasure that your friends actually will like unless they are too stiff to be worth it.  I will confess that when I first read about the album, including references to Kenny Loggins, I wasn't particularly interested.  But I tried a few tracks, and became a fan.  Play this album loud in the beach parking lot and, whatever your gender, you will be "the man".

Point of No Return is out this Friday, August 5, via Burger Records and Wyatt's own Lolipop Records.

Our friends at 10k Islands have been offering a pop gem every week for months.  If you don't regularly check their Soundcloud page or follow them on the book of face, you are missing a summer soundtrack of epic proportions.  The latest is from Los Angeles duo Bad Wave, a band that has featured here several times in the past.  Here is "3AM".