Clara Mae is the new incarnation of Clara Hagman, former member of Swedish pop group Ace of Base.  She released a well-received song titled "Avalon" last year, and now has followed it with the smashing "Strip".  The song features a sultry vocal delivery, emotional content, and a robust instrumental score.  To my happy ears, this is sexy indie pop for grown ups, so we are happy to welcome Clara Mae.  Give us more.


"Strip" is a collaboration of Clara, Lina Hansson and Kristoffer Eriksson.  It is out now as a digital release.

It has been 27 years since Red Sleeping Beauty was formed in Stockholm, and 19 years since their last album, although some of its members also worked with other projects such as Acid House Kings and The Shermans during those years.  But the band's return with Kristina reveals that they have lost none of the qualities that make them a premier pop band.  Using analog electronic equipment and a guitar to illustrate their sharp songwriting and warm, yearning vocals, this band delivers the kind of pristine synth pop that justifies Scandinavia's reputation for indie pop perfection.  The ten songs on Kristina are tight, bright, sweet, shimmering and soothing.  As Red Sleeping Beauty seems to be its own adorable beast, comparisons to other bands seem inadequate, but envision Depeche Mode channeling the sounds of the best of bands from Sarah Records and the '80s new wave/new romantics movements and you'll be close.  And if that prompts you to ask whether some of the songs are dance-worthy, the answer is "yes".

While providing end-to-end pop pleasure, Kristina also has a celebratory vibe, which is understandable not only because of the band's return to recording, but also the emergence of member Kristina Borg from a fight with cancer.

Video for "But I'm Scared" by The Echo Session

As we said last month, "But I'm Scared" by The Echo Session is one of our favorite songs of the year (link).  The single will be released in August, but is available for pre-order now.  Of course, when you love a song, you want to play it over and over.  And if you write a blog, you look for reasons to feature it again.  Glasgow label Flowers In The Dustbin has given us such a reason -- the new video for "But I'm Scared", by the label's video artist Keith Gerrard.  So here it is.

Producer, performer, DJ and songwriter Pretty Sister (otherwise sometimes known as Zak Waters) has released one of the slickest songs of the summer so far.  "West Coast" has an R&B vibe with a touch of funk.  It is perfect for those moments when a memorable summer night slides into the early dawn of the next day; full of head-on-the-shoulder sentiment and the promise of a new day.  I suggest putting it on repeat and letting it seep in.  Available at the usual digital outlets. 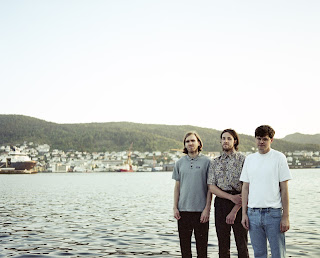 Here is your first taste of Bergen, Norway's Chain Wallet, a band I expect to feature again in the future, and certainly this fall when their album is released.  But for today, you can listen to their single "Muted Colours", which is available as of June 17 on Norwegian indie label Jansen Plateproduksjon .  The song showcases the trio's accessible psychedelic pop and knack for an ear-friendly hook.

How about some indie pop sass from Betty & Oswald?  And learning of the title of the song, they may even be talking about me.  Wait until I tell everyone at the club I'm famous (assuming the Roanoke Inn down the street is a "club" and being called "schmuck" on the airwaves is "fame").  But enough about me -- this band shows some real talent and a welcome does of attitude. 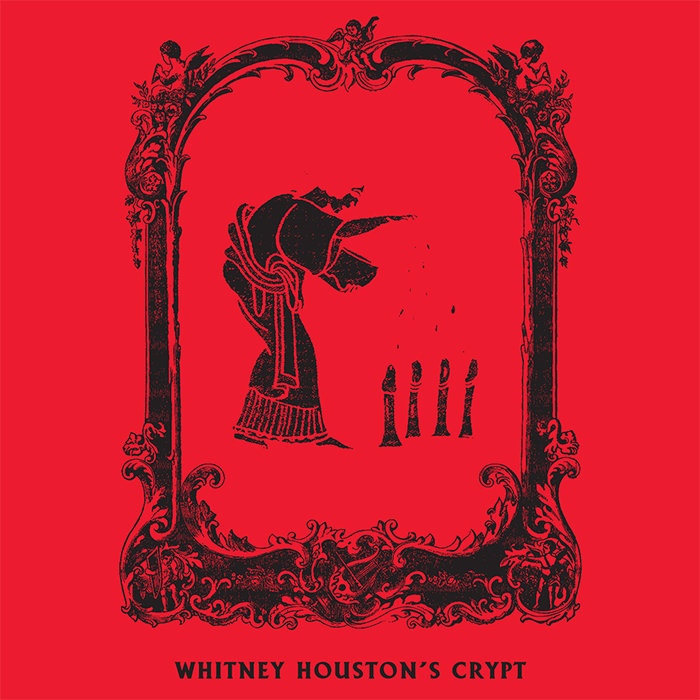 Yesterday we offered releases that were gentle or slick.  Today's first offering is the self-titled 7" from a band named Whitney Houston's Crypt, so you can assume that today will be a bit noisier and a touch more abrasive.  O.K., more than a touch more abrasive, but a good life demands variety.  Three songs with massive percussion, two guitars that tease with a hint of groove and then join the percussionist in hammering your head, and screamed vocals that take you to the brink of catharsis.  The perpetrators are Ev, Neika, Scott, Tom, and Zoe, and they mean to scare you and thrill you in equal measure.  While I suspect that this act is well worth seeing live, their Australian location means that most of us will have to settle for the record, which does its part as great jump start to your day.  Whitney Houston's Crypt 7" is out now on Vacant Valley -- see the Bandcamp link below. 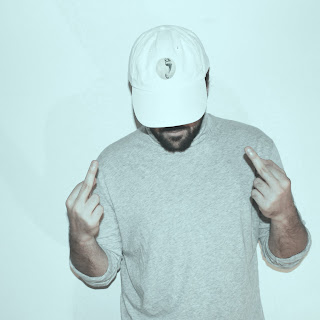 Whether it is late at night or early in the morning, you deserve a dose of sexy, R&B drenched pop from Neiked Collective, headed by Victor Rådström.  It is summertime, and everyone deserves to feel good.

Tune it to zone out.  Tune in to zone out. Tune in to zone .... oh, excuse me, I was deep into a blissful trance and didn't notice you all out there.  Melbourne duo Zone Out will do that to you.  With the intriguing production of Dove Bailey (also of garage outfit Scotdrakula) and the lovely but somehow charmingly biting vocals of Ashley Bundang (also of Totally Mild, Sui Zhen, and Ciggie Witch), their new LP Transience is the sort of delightfully fragile bedroom pop that should generate a wealth of obsessed fans.  Among the impressive elements are Ashley and Dove's ability to infuse the songs with emotion and detail while still exercising restraint.  Nothing hits you over the head, but rather the songs seep into your brain and leave little time release pleasure bombs that deliver long after the music fades.  This is shimmering, late night dream pop for people who want their observations delivered honestly, but won't complain if their is a bit of sugar to make the truth go down better.

Anxiety, heartbreak, ennui and resignation never sounded so damn good before.  Transience is out now in digital and vinyl via Deaf Ambitions.

Maria Usbeck, who in the past has thrilled us as the vocalist for Selebrities, has now given us one of the prettiest albums of the year in Amparo.  It is light, playful, warm, highly rhythmic, and exotic.  While Maria lives in New York, where the album was recorded, she wrote the album while traveling in Buenos Aires, Santiago, Barcelona, Lisbon, Easter Island, Costa Rica, Florida, L.A. and her native Ecuador, as well as her adopted home.  And the circumstances of the songs' creation influences the listener's experience.  Cue up the album, close your eyes, and you can imagine you are watching a high quality travelogue of the locales visited by Maria, watching the sunlight dance on the waves, the clouds race through blue skies, and the warm and welcoming faces of the residents for faraway lands.  The lyrics are mostly in Spanish, with bits of other languages from the countries where the songs were composed, and all in languages that I don't speak or read.  But quite frankly I found that aspect of the recording to enhance, rather than lessen, my listening experience.  Other delightful touches are unusual percussion and snippets of field recordings.

Regardless of your usual musical taste, we highly recommend Amparo.  It is out now via Labrador in Europe and Cascine in North America.

Chook Race has been all too quiet on the recording front for a few years, but that is about to change.  In September, Trouble In Mind (US) and Tenth Court (Australia) will release the new LP Around The House.  I suspect -- and very much hope -- we'll be treated to boy-girl vocals, sweet harmonies and breezy tunes that linger in your head long after the songs end.  In the meantime, we can catch the jangling vibe on album track "Sometimes".

Math and Physics Club - In This Together

Math and Physics Club are a Pacific Northwest treasure.  Their brand of jangling, melancholy guitar pop echos the work of The Lucksmiths, The Go-Betweens, and Belle and Sebastian, but with varying shades of attitude and nerdy self-awareness they manage to create a distinctive sound.  Their songs are airy and melodic while still sounding focused and sincere.  In the past eleven years they have released several LPs, as well as singles and EPs.  A number of their best songs were released only on singles and EPs which are no longer available, which has made appreciation of the band difficult for all but the most devoted fan who collected all of their work as released.  However, Matinee Recordings and Fika Recordings have stepped in with In This Together to help indie pop fans complete their collection.  The compilation collects Math and Physics Club songs that were released on EPs or singles, but never appeared on an album, and presents them in reverse chronological order.  Although it isn't billed as a greatest hits album, it comes close to serving as one and should become a favorite album for old and new fans alike.  I've had it on repeat for several days now, and it is like having a welcome old friend drop in for an extended stay.  Break out the good wine!