Glasgow four-piece Nieves have a winning way with a dramatic pop song.  Their new single, "Broken Oars" is out now.  The song is a sweeping epic in both sound and theme, covering decades of time, dual viewpoints, love, loss and mental health.  Ambitious, but they pull it off.

The Goon Sax - Up To Anything

The Goon Sax are killing me!  No, not the cheap sacks of wine sold in sacks and known in Australia as 'goon sax' -- although there have been mornings when that stuff has been the near death of me as well.  I'm talking about the Brisbane band, The Goon Sax, which, after giving us glimpses of their talent on a few singles over the past year, has smacked us in the head with their debut album, Up To Anything.  And the album slays me because the musical blend these teenagers create so perfectly captures the essence of young music -- adolescent love, bad haircuts, bad breakups, being alone, insecurities -- yet so un-selfconsciously assured musically, that it just doesn't seem quite possible.  One or the other would be a cause for celebration.  Both seems just a little bit over-achieving for the newbie indie set, but just as I don't want people to hate me for being suave and sexy, we shouldn't hate The Goon Sax for precocious talent.

The special blend here includes classic guitar pop that echoes fellow Aussies The Go-Betweens, southern hemisphere compatriots The Bats, and earlier era Northern cousins such as Glasgow's The Pastels.  The vocal resemblance to The Go-Betweens deserves remarking if only for the fact that frontman Louis Forster is the son of Robert Forster.  But Louis and compatriots Riley Jones and James Harrison carve their own path lyrically.  That topics mine adolescent themes such as isolation, insecurity, crushes, rejection and the like isn't surprising for a band this young.  What makes it fresh and special, however, is the wordplay coupled with a deadpan delivery that results in the proceedings being far more funny than heartbreaking.  Louis wonders how to make people think about him ("Up To Anything").  He notes that he definitely cares for a certain someone, but than backs off to definitely "sometimes" caring -- and sometimes accidentally thinking about that person ("Sometimes Accidentally").  He advises a friend that she doesn't need to hold his sweaty hands, obsesses about haircuts, assures us that he will make the worst of a bad situation, and sarcastically tells off a former crush for not treating a boyfriend properly.  And in the glorious closer, confides that he is eating his ice cream all by himself.

What you have are 12 songs that unspool like a week in the life of a partially arrogant, partially insecure, intelligent and hyper self-aware teen trying to figure out how to make his/her mark, how to be loved, how to avoid over-commitment, how to deal with, well, everything that life throws at you at that age without an instruction manual on how to deal with it.  The guitars have enough jangle to fit the genre, but there is plenty of chugging on the lower register strings as well.  Favorable references abound, but I'll just mention that the opening track struck me as something that wouldn't be out of place on Daddy's Highway, and I don't give out such praise lightly.

Up To Anything is out now via Chapter Music.  See the Bandcamp link below. 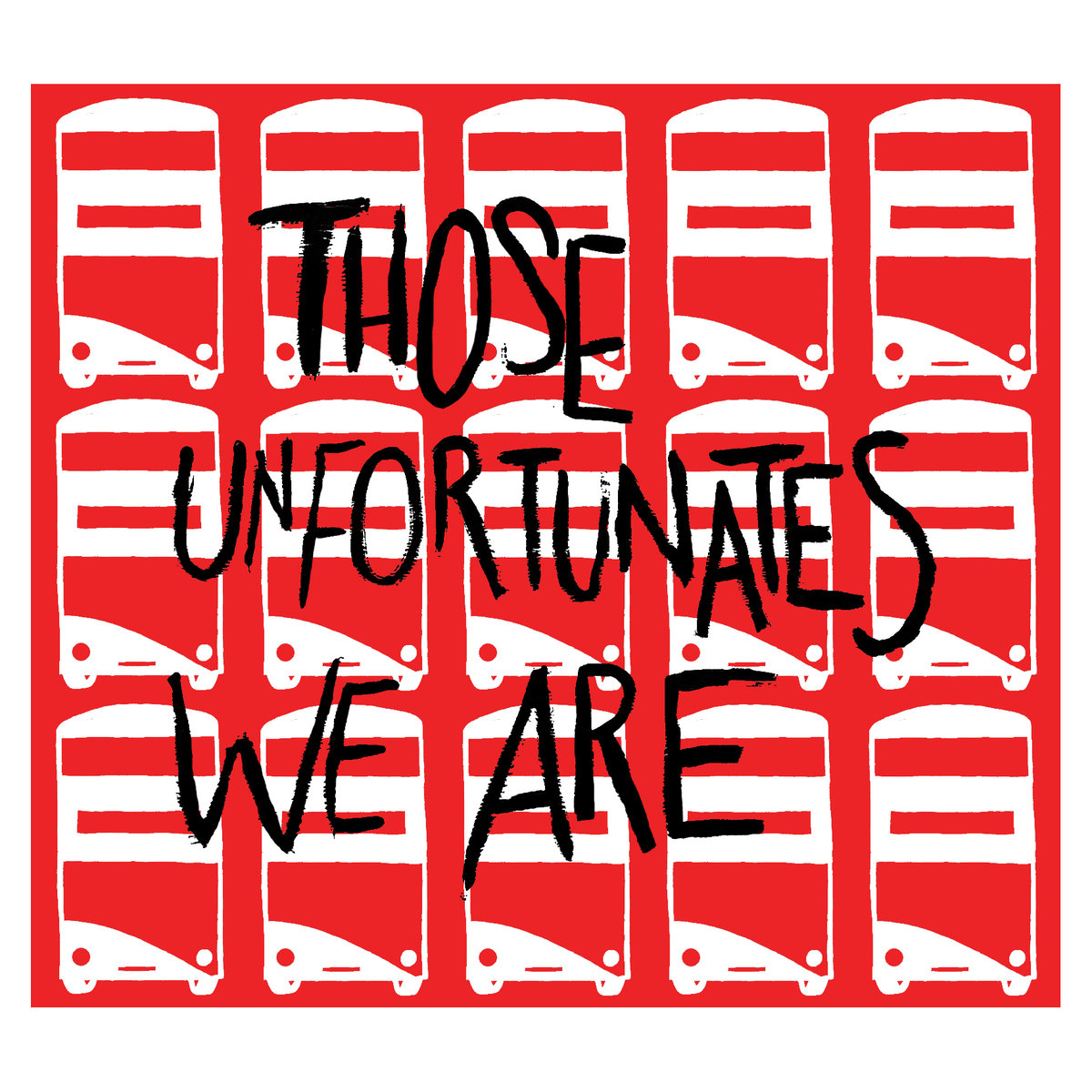 We are not a heartless media machine here.  Ha, Ha, Ha, Ha!  I just wanted to see how that looked in black and white.  Of course we are a heartless media machine.  How else could we get so wealthy and influential?  But despite our default base tendencies, we do try to help out the less fortunate from time to time.  So we entered "unfortunates" and "music" into our bespoke search engine and came up with Those Unfortunates.  Which unfortunates?  Those Unfortunates.  You know, the London band consisting of Ben Brill, Magnus Alanko, Henry Bird, and Seb Brennan.  Happily, this is a perfect time to help these guys out, because they've just released a four-track EP titled Those Unfortunates We Are.  And despite the Yoda-speak title, the EP is a well-constructed and fun dose of guitar pop, played with garage rock flair and a bit of punk attitude.  My favorites are their energetic theme song and the moody closer, "On The Beach Near Blakeney".  It is available as a digital download, or a limited edition CD with some additional swag from the band's own hands.  Try out the goods below.  A few additional tracks can be streamed at the Soundcloud link.

Charlie Ward, student and sound engineer has featured here several time in his guise as King Post Kitsch, including his album The Party's Over, which featured the album sleeve I liked so much that I've embedded it at the bottom of this post.  Lately Charlie has been quiet on the self-recording front.    Life goes on, things change and Charlie has announced that King Post Kitsch is over.  At least for now.  As a bit of a goodbye to his fans he has made a collection of outtakes and demos available on Bandcamp.  Titled Others, it is available for name-your-price at the Bandcamp link below.  You might note that two other EPs are available for the same price, so this is your lucky day.

Below I've provided a few streams from Others, as well as "Don't You Touch My Fucking Honeytone", the great lead track from the 2014 sampler from KPK. 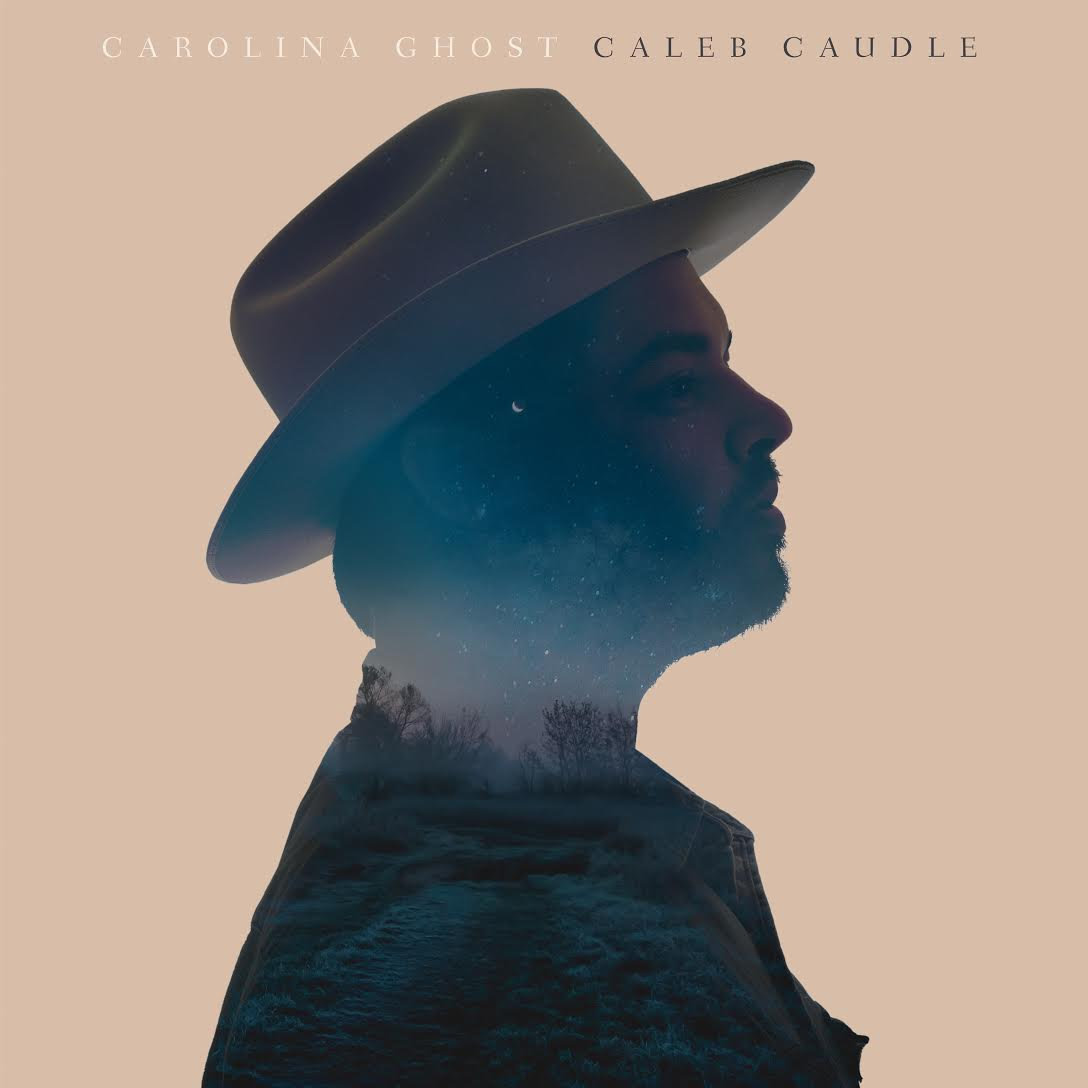 If you are one of those music fans who select music to reinforce your state of mind, or perhaps to transition your mind to a happier spot, and the target state of mind is love and contentment, we have the springtime album for your emotional needs.  Carolina Ghost is the seventh album from the talented Caleb Caudle, and it finds him happy in love.  However, unlike the bulk of us who become moon-eyed and inarticulate at such times, Caleb got down to business and penned eleven songs that celebrate his love and contentment.  As indicated by the title, the album has a Carolina sound and a Carolina feel.  There is a twang to the guitar and a country inflection to the vocals.  But even if you don't ordinarily turn to that genre for your amorous expressions, I urge you to give this one a listen.  The songs on Carolina Ghost have the right blend of effortless grace and bubbling energy to make the whole affair sound like a happy weekend day in the company of your love and best friends.  And Caleb's sincere vocals have an affecting velvet coating that goes down oh so easily.

Take the album for a test drive at the Bandcamp link below.  It is out now via This Is American Music in vinyl, CD and digital.

Adam Stafford is a man of many faces -- musician, film director, label boss.  In the musical realm his solo compositions encompass experimental post punk, neo soul, loop pedal driven pop, baroque pop and art rock.  He croons, beatboxes and, not surprisingly given his life as a visual artist, adds an element of performance artist to his live shows.  But what is consistent is the delight derived from fruits of his fertile mind.  His latest edition is the nine-song Taser Revelations, which is out today via Edinburgh's Song By Toad Records.  I ranked his last album among my top ten for the year, but this one probably surpasses that effort in consistency.  The performances and production are superb, and each song stands out as a triumph.  No matter how much Stafford dazzles with technical wizardry and breadth of vision, the real stars are the perfectly realized pop hearts beating brightly in the core of each track.

Best songs are the tropics-tinged joy of "Phantom Billions", the surging, insistent "Atheist Money", and the emotional closer "The Penumbra".

Taser Revelations is available on vinyl, CD and digital formats.