Anxiety-ridden punk lyrics wrapped in a jangle pop, post punk skin with hooks and stylish presentation describes Boston band Bent Shapes.  And a good indication of how well they pull it off is that their second LP, Wolves of Want, has been picked up by taste-making indie label Slumberland Records.  The vibe encompasses a bit of fellow Bostonian Jonathan Richman, as well as WYMA heroes The Feelies, so you can assume that this disc is going to be in rotation around here for a while.  The core of the band  (through various names) has been Ben Potrykus and Andy Sadoway for some time.  The lineup now includes Luke Brandfon and Jenny Mudarri, and it seems to us that this combination has found the magic that makes the music shine.  The literate and intimate lyrics are a treat on today's rock scene, but the classic indie rock swagger is the star of the show.  There is good stuff coming out of Boston lately, and Bent Shapes is in the front pack.

Wolves of Want was released yesterday via Slumberland.

We're going to have several posts today, but we are starting out with the stunning "Breathe", featuring Neev, by Oslo electronic duo Seeb.  The project was formed in 2015 by Simen Eriksrud and Espen Berg, who previously had been working separately as producers and songwriters.  They have released several well-received remixes, but I believe that "Breathe" is their first original composition as Seeb.  Haunting and affecting, this song could be your soundtrack for the weekend.  It is out today on the usual digital outlets.

Posse is a great trio which deserves a much higher profile.  Yes, even in their home city of Seattle they don't get the love they deserve.  Admittedly, the decision of the members to continue to work at fulfilling jobs rather than solely do music and a bit of table bussing does take them out of the usual indie channel, so the lack of fame is somewhat understandable.  But the quality of the music is top drawer and they should be on the short list of guitar pop fans everywhere.  The trio of Sacha Maxim, Paul Wittmann-Todd, and Jon Salzman first hit these pages in December 2014 when we featured LP Soft Opening (link), an album that I ranked in my top fifteen for the year (list).  They specialize in catchy melodies, soft hooks, languid pacing, and talk-singing intelligent lyrics.

The band has a new two-song single called Perfect H 7" out via Wharf Cat Records.  Available on limited edition vinyl and as a digital download, it reveals Posse to be on top of their game.  Stream it below.

"Dive" and "Golden" by Morning TV

I've had to revisit my feelings regarding morning TV.  I've always regarded morning TV (at least the pre-commute version) as a bland bunch over overly made-up talking heads avoiding real news and analysis and giggling at each other's poor quips.  I generally just listen to a bit of NPR or KEXP on the Sonos (sponsorship fee not paid) before dashing off to join the lemmings streaming into the city.  But, my friends, things change.  Because now we have Sydney four-piece Morning TV, and they deliver the kind of summery indie pop that will improve anyone's morning.  Their debut EP is scheduled for release in the latter half of April, but you can get a free download of "Dive" and "Golden" right here.  Top quality stuff, and fewer calories than a bagel.

And if I may boldly suggest a bit of round-the-world excitement, start our your day with a little Breakfast Muff, Glasgow style (link), and then relax with Morning TV.  But if you don't make it to work and are terminated, don't blame me. 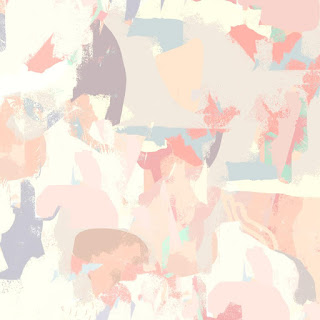 Austin, Texas' Holy Wave work in sonic, shoegazy textures and dusty, surfy, west coast psychedelia with a few nods to the British Invasion.  And when they are on their game, they deliver a reverb-drenched space jam that will tickle your retro aural receptors and make you want to sit in the beach chair watching the setting sun with Freaks of Nature on full blast.

For me, the top songs are "Western Playland", which teases us with pleasant memories of Allah-Las, the Teenage Fanclub-esque "Air Wolf", the Zombies-like "Minstrel's Gallop", and the luscious dream pop of "California Took My Bobby Away".  However, it is a consistent album overall, and if Zombies meets Allah-Las meets Black Angels is an interesting musical stew, we can enthusiastically recommend this one. 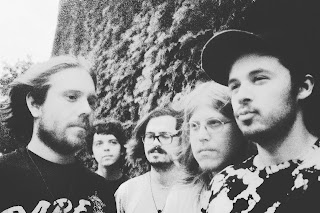 The Close EP is the work of an unusual beast - not just an elk, but a Beloved Elk.  The Melbourne duo of Tina Nguyen and Amy Wright produces varied and dynamic indie pop, which surprises and delights the listener.  The EP begins with the brief and gentle instrumental "Noah", entirely composed by drummer Tina.  One of the more commanding songs is "Made Of Glue", a glistening tune that bears a resemblance to some of the work on The Delgados' Hate LP.  Each of the verses were written six months apart after a recurring argument with a lover.  The following "Blood Moon" is a cathartic endeavor.  "The Light Of  Dead Stars" is my current favorite.  About pushing through barriers and overcoming inertia, is is both affecting and soothing.  The closing "Ourselves" is Amy's chance to solo, with just her vocals and an acoustic guitar.

Close EP is out now via Listen Records.  See the Bandcamp link for ordering information. 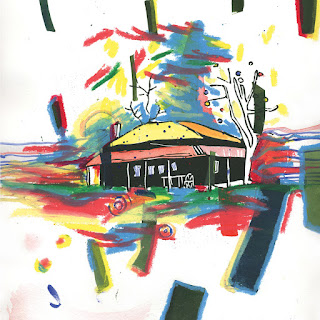 Sometimes it is fun to look back at a band's early steps, recognize the promise in the initial recordings and identify the elements of the creative development.  Of course, it is a worthwhile endeavor only if the band is good, and is possible only if the early material is available.  Melbourne's Chapter Music presents you with the perfect materials for this little musical exercise.

We are among the many writers focusing on indie pop that have sung the praises of Twerps, most recently covering their 2015 LP Range Anxiety (here) and their EP Underlay (here).  They also released a self-titled LP in 2011.  But the recorded story for Twerps begins with their 2009 EP The Twerps.  A generous nine song affair, it was released by Chapter as a 4-song 7" with an accompanying CD with all nine songs.  In the US the EP was released as a cassette by the Night People label.  The EP has been out of print for some time.

In the beginning, Twerps were Martin Frawley (guitar/vocals), Julia McFarlane (guitar), Rick Milovanovic (bass), and Patrick O'Neill (Milovanovic and O'Neill have left the band, and Alex Macfarlane and Angus Lord are in the current line-up).  Their musicianship was rudimentary, but their songwriting displayed promise, with charm, humor and introspection.  There is a lot of jangle and some '60s influences.  Comparing the EP to more recent Twerps' work, it seems to me that the progression is exactly what I would have wanted.  Some of the rough edges are trimmed, and the results are more consistent.  But happily, the idiosyncratic charm remains.  And historical comparisons aside, the EP is a very enjoyable record in its own right.

Chapter Music has reissued The Twerps on vinyl with an accompanying digital download.  The record includes the original nine songs and a rehearsal version of "Little Guys".  US fans can find limited copies of the vinyl via Merge Records, and UK fans can find the record via Proper Music.