A few years ago we ran a weekly series briefly featuring artists and releases from around the world.  We thought this would be a good time to resurrect the series.  Today's artists are from China and Brooklyn.
_______________________

Nova Heart is a Chinese trio headed by Helen Feng (vocals/keys), with Bo Xuan (bass) and Shi Lu (drums).  Released last week, "Lackluster" offers a fresh take on icy electro pop.  The band will tour Europe in late June and July, including an appearance at Glastonbury.  An LP is coming in the fall.

Brooklyn electronic/EMD wizard HoneyChrome will release the six-track EP All The Right Places on July 20.  You can sample "Machine" below (note that it is a free download), and you can pre-order the EP at the Bandcamp link.

The Yellow Melodies - Students of Life: A Tribute to BMX Bandits

This delightful little release combines my love of discovering current indie pop talents with my passion for Scottish indie rock.  In the spirit of true international cooperation, we have Murcia, Spain's The Yellow Melodies with a tribute record for Glasgow's Duglas T. Stewart and his BMX Bandits, released by the excellent Canadian label The Beautiful Music, as brought to you by a blogger in Seattle, Washington.

Duglas Stewart was a central figure in the so-called C-86 movement of the mid-'80s, and the scene that produced Scottish bands Teenage Fanclub, Superstar and The Soup Dragons, among others. His BMX Bandits were purveyors of energetic indie pop with a sense of humor.  While never reaching beyond cult status, their rich catalog contains many fine songs.  Students of Life: A Tribute To BMX Bandits give a tasty twist to six of them.  While the songs are great, and I count myself a big fan of BMX Bandits, the stars here are The Yellow Melodies, who put a vibrant sheen on each track, with appealing hooks and great harmonies.  I encourage you to use the "replay" button, because this record with burrow further into your brain with each play, and you won't complain in the least.

The Yellow Melodies are Rafa Skam, Pilar Aparisi, Mar, and Jose Angel.  The CD of Students of Life: A Tribute To BMX Bandits is available from The Beautiful Music.  Vinyl can be found at the Spanish Distributor Sweet Grooves Records.  Digital Downloads at the Bandcamp link below.  You can stream the entire EP at the Soundcloud link. 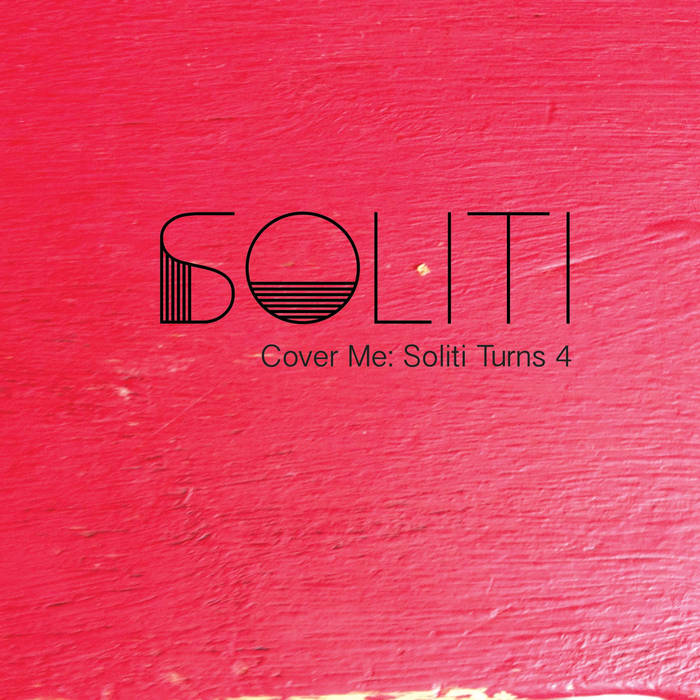 It has been our pleasure to feature a number of releases from Soliti Music in the last few years.  The Helsinki label has a tasteful roster of artists spanning guitar pop, psychedelic, electronic, folk and shoegaze.  To celebrate their fourth anniversary, Soliti has made available a compilation of mostly exclusive covers by Soliti artists.  For example, Satellite Stories provides an excellent cover of Calvin Harris' "Outside".  Mumrunner reinterprets Stratovarius' "Speed Of Light".  The hard rocking Gim Kordon offers a stripped down version of The Sonic's hit "Psycho".  The recently formed The Ghost of Jack Nance contributes their feedback laden cover of The Shangri Las "Heaven Only Knows".  Streams of those tracks are provided below.  You can stream or download the entire compilation at the Soundcloud or Bandcamp links below.

A while back we featured Gum Creek and Other Songs (here) from Mallee Songs, the solo recording project of Michael Skinner.  Now recording with a full band, Skinner has released Natural Times, a collection of songs he wrote in recent years.  I don't know how much press the album will receive, and I don't see any evidence that there is a big public relations budget.  So I'll carry some water to the millions who read this blog religiously and say this with the full weight of my formidable reputation: Natural Times is one of the best guitar pop albums of the year so far.  The songs initially appear relaxed and unassuming, but the melodies have an epic lyrical flow, with a generous helping of earworms.  The guitar lines are supple and engaging.  The atmosphere is both warm and melancholy -- an accepting look at life in all its facets.  The songwriting is masterful, touching on varied approaches to guitar pop without disrupting the soothing flow.  So there is psychedelia, dream pop, and a bit of country rock.  Folk rock touches abound, and a few tracks, such as "Water", seem to have crossed the big ditch from Dunedin, New Zealand. But as a whole, it is a wonderful and delightfully detailed tapestry.

Certainly, it is hard not to laud an album that contains not one, but several of my favorite songs of the year so far.  "Water", album closer "Nothing Abides", "Warm Breeze" and "Since the Kingdom" are all on my top songs playlist.  And that is before mentioning my favorite song on the album, "Christmas '93".

For my tastes, this is an excellent summer album.  I go out to the courtyard as the sun drops below the horizon, and listen to Natural Times on repeat while consuming several bottles of bone-strengthening IPA to recover from my recent cycling foibles.


Mallee Songs - Since the Kingdom from AVBadham on Vimeo.

In addition to Michael Skinner, Mallee Songs is Gerard Smith, Pascal Babare and James Allen.  Natural Times is available from Gaga Digi and at iTunes and Spotify, and in Europe the CD edition is available from Beko

I usually wouldn't refer to an active musician as a legend, but when you have put out quality music for as long as Richard Thompson, rules can be broken. A superb songwriter, and folk artist who easily transitions to rock, he has released over 40 album in group or solo guise.  His co-founding of Fairport Convention in the UK in his teens would have been enough to ensure a certain level of fame, but at this point that period is but one badge on a well-decorated chest.  His distinctive tenor and songwriting skills will again be on display on the upcoming LP Still.  Test drive album track "Broken Doll" below.

"Trust Trust" by Knives At Noon

Dunedin, New Zealand's Knives At Noon were a band, then they weren't a band, and now after three years, three of the four original members have decided that they are a band again.  Given that history, it seems appropriate that their comeback track is a dark song about control issues in a relationship.  But in addition to being dark, the tune offers a great groove to accompany the post punk guitars and keys and vocals with a touch of grit.  Good stuff, and we look forward to more.

Knives At Noon are Tim McCartney (vocals/guitar), Tim Couch (drummer), and Oli Wilson (keys).  A bit later this year the band will release a new EP, for which this single is the title track.

Things Always Change from Leeds, UK quartet Finnmark! seems to have dropped quietly on the indie landscape, and that is a sad thing as I find it a very, very enjoyable album.  Jangling guitar pop with echos of The Bats, spare but melodic keyboard and a pleasant baritone lead vocals.  There is a bit of Scandinavian melancholy which comes naturally to a band formed in, and spending a lot of time in, Sweden.  If you are an indie pop fan, you don't want to miss this one.

Things Always Change is available as a digital download at the Bandcamp link below (the limited edition CD version is sold out).

The Sandwitches - Our Toast 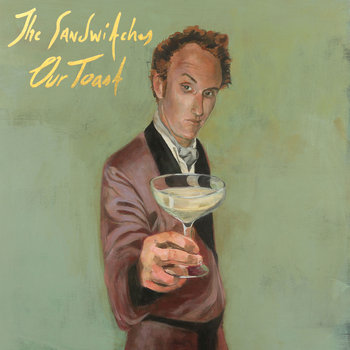 In the ultra competitive blogging race for eyeballs, we constantly evaluate how to elevate our game to beat out our competition.  So today, we are offering lunch.  Yes, indeed, we have Our Toast from San Francisco's The Sandwitches.  Of course, you could argue petty details, such as the fact that this nine-course lunch isn't free, or that it isn't even edible, or taking refuge in the realm of pendants, that the name of the group is misspelled.   Well, life isn't perfect and it is about time that someone that owns their own internet device learns that hard fact.  Better now than after you move off you ex's sofa and go out in the real world.

So, are you staying for lunch?  What we have are three female vocalists and musicians (hence the sly spelling of the band's name) -- Heidi Alexander, Grace Cooper and Roxanne Young -- who make an appealing melancholy brand of quirky garage pop.  In a way, I think of their music as a bit of a public service.  They wallow in life's offenses, heartaches and sadnesses so you don't have to.  You can listen to Our Toast and say "well, that's taken care of", and get on with your life.  And you'll do it with a bounce in your step.  And there is no lack of humor, as evidenced by the fact that the decision that the band was toast led to the album title.  Song titles include "Play It Again Dick", "Sleeping Practice", "Dead Prudence", and "Personal Hell".

Our Toast is a very satisfying little treasure, whether consumed for lunch or dinner.  And use can store without refrigeration and reuse without heating.  It is available via Empty Cellar Records in vinyl, CD or digital download formats.  See the Bandcamp link for details and a full stream of the record.

Scots duo Milton Star have become a musical drug of choice for this writer.  Simple arrangements evocative of both the American west and the dark corners of your mind that one does not voluntarily confront.  Their current offering is "Things fall Apart".  Presented below in video form, it presents a surrender to hopelessness and a slide to the bottom, accompanied by waves of tremolo guitar an rolling piano from Alan "Lug" Wyllie and Graeme "Kid" Currie.

"Things Fall Apart" is available as a digital download on June 15. 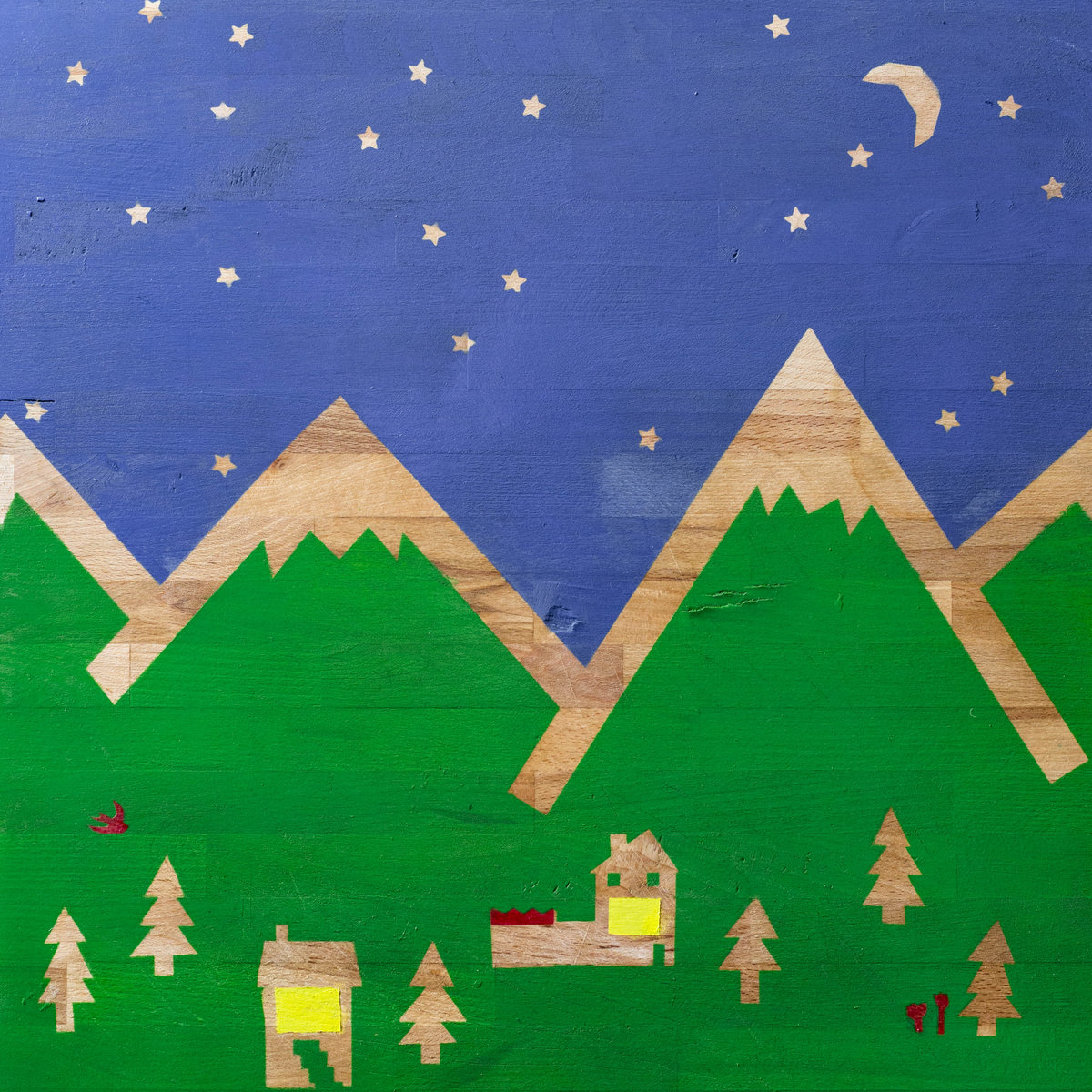 While listening to medical professionals drone on about the physical carnage of my recent bike crash and the various medicines being deployed, it actually occurred to me that it all would be much easier to take if it were sung by one of my favorite female indie vocalists, like Pam Berry.  Of course, I don't have a recording of Pam Berry telling me when to take pain killers, but I can bring all of you something much more useful for your lives -- Bel Etage.  Bel Etage consists of Ms. Berry and Lupe Núñez-Fernández.  Combining their formidable talents, honed in Black Tambourine, Withered Hand, Bart and Friends, Pipas, and Amor de Dias, among others, the duo brings a '60s sensibility to their melodic guitar pop.  The opener, "Quiet Town" is a slow-paced acoustic track with a slightly ominous undertone.  "Lonesome Heartache Constellation" is a brighter, more C-86 adorned tune.  Both will be a welcome edition to your summer days.

The record is out now on 7" vinyl or as a digital download.  If you crave the former, act fast.  By the way, there has been talk of an album from this combination, but the world is uncertain.  Grab this single while you can.