There is nothing quite like a good love song, and "Emily", while a very good song, in not a song about good love.  What does all that blather mean?  Just watch the video for this song from The Eversons and see unrequited love, hot sauce in the face, dancing dumplings and the cameo appearance of an '80s flying V guitar.  The stream is below, as well as the B-side "Stuck In New Zealand.  If you  click on the cover art for the "Emily" single below you'll be able to download both songs for zero dollars and zero cents.  Dumplings are not included. 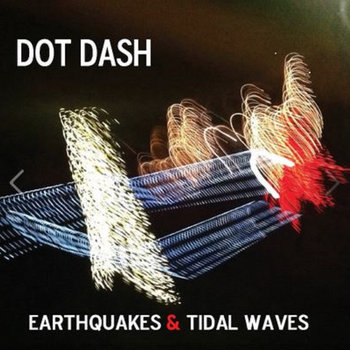 Earthquakes & Tidal Waves completes the four course dinner from DC band Dot Dash.  If the first three discs can be considered the appetizer, soup & salad and main course, respectively, this one is the dessert.  And we all know that despite what we tell our internist in the annual exam, we most look forward to dessert.  So, Earthquakes & Tidal Waves is a heaping scoop of power pop ice cream with streaks of melodic punk and nuggets of alt rock.  It is tasty and satisfying, and reminds us why we like dessert ... I mean why we like rock music.

The first bite is "The Winter of Discontent", in which the band's intention to reach for the rafters is evident.  If you don't like it, you don't have a rock and roll heart (you probably don't like ice cream, or even puppies for that matter).  It is one of my favorite tracks and you can stream it below.  And if you like it, you can download it for free here --


Dot Dash's alt rock bona fides are on display for the following "Flowers", and then slide into power pop for "Rainclouds" and the glorious "Satellite (Far Out")".


This band doesn't just rock your socks off.  They are equally convincing on the more reflective end of the power pop spectrum as well.  Sample "Tatters" as a case in point --

For those who celebrate the harder rocking side of Dot Dash's brand of punky power pop, check out the dense four song stretch of "Walls Closing In", "Transparent Disguise" "Thru the Dark" and "Semaphore" (my favorite of the four) at the Bandcamp link below.

One can't overemphasize how tight this band is.  The rhythm section is perfection, the guitars soar, and Terry's vocals get better with each outing.  Not only do they sound like they have been playing for decades -- which they have -- but they sound like they've been playing together forever.  The best rock bands are those who not only consistently provide energetic, hook-filled music, but who consistently make it seem effortless.  And Dot Dash is near the head of the class on this score.

Dot Dash are Terry Banks (guitar/vocals), Steve Hansgen (guitar), Hunter Bennett (bass), and Danny Ingram (drums), all of whom are veterans of other great bands.  They recorded the album in North Carolina with Mitch Easter, who also has worked with R.E.M., The dB's, Superchunk, and Pavement, among others.  The album can be purchased in CD format from The Beautiful Music, or in digital form from Bandcamp or the usual online vendors. 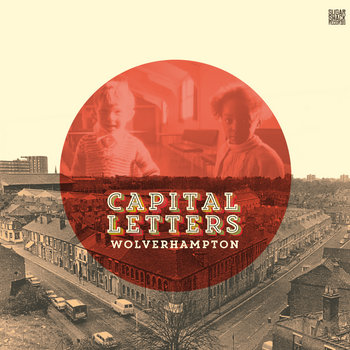 What a delightful collections of songs from Brisbane's Primitive Motion!  Shimmering and throbbing minimalist pop that is unabashedly atmospheric.  Echo-laden sounds float while dreamy vocals slide into and out of the frame.  At times the sound is sufficiently elegant that the listener may feel that he or she has wandered into the neighboring cathedral during a choir rehearsal, at other times it seems to be emanating from another dimension entirely.  But whether you sense you are receiving a transmission from Mars or sitting in church, your ears will delight at the aural world created by Sandra Selig and Lighton Craig in their home studios.

The eleven tracks of the A-side feature more recognizable song structures, while the four tracks of the B-side are more experimental.  But as an entire work, the feel is cohesive and addictive, and the listening experience is like being invited to share the intimate inner space of the musicians.  Pulsating Time Fibre is why you bought those new headphones, you just didn't realize it at the time.

Pulsating Time Fibre is available on vinyl and as a digital download from Bedroom Suck Records.

"Sun Is Out" from Kill Surrrf

Kill Surrrf began as a bedroom recording project for Johnny Lynn (vocals/guitar), but has expanded to a live band including Thomas Dornan (guitar), Ciaran Gilbert (bass/keys), and Matthew Turner (drums).  We featured the band about a year ago, and there are no recent releases.  However, they posted this demo today and its spring-like feel and '60s vocals are too good not to share.

And "Girrrl" was posted recently as well, so you might as well enjoy it to start your week --