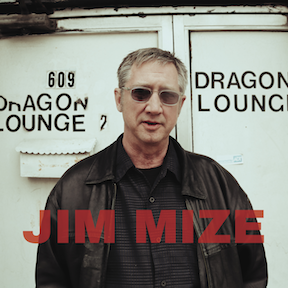 Jim Mize is a guy who's been a songwriter and part-time rock and roll singer for years, an Arkansas singer/songwriter who's apparently now, at 57, ready to become a full-time musician. He's had songs recorded (his "Let's Go Runnin'" was recorded by Blue Mountain on their album Dog Days), and has released three albums over the last 15 years, recorded in his spare time. But he never fully abandoned his career as an insurance adjuster, during which his keen perceptive powers and the time on the road gave him plenty of time to reflect, and plenty to write about. His voice is an impassioned yelp, part Tom Petty, part Springsteen and part Tom Waits.

Here's "Rabbit Hole" - a rollicking vocal workout with a ramshackle garage rock feel to the music:

There's honest emotion on this record - "This Moment With You" and "Eminence Kentucky" are frankly very pretty ballads, the latter with a Roy Orbison-meets-Memphis soul feel. And "Empty Rooms" is sort of heartbreaking, the tale of a marriage that's ended in the form of a description of the vacated house.

There's also hard rocking blues-inspired roadhouse music. With help from Fat Possum's Bruce Watson, Mize has assembled a hell of a band on this record - they raise the tempo and the temperature, and all the solos are like lightning. John Paul Keith, whose album Memphis 3AM was reviewed here, contributes some big, big guitar sounds (and what sound like some good harmony vocals) here. "Need Me Some Jesus" is a gospel-inspired rave-up, and "Eye to Eye" is good country rock with twangy guitar. The best song on the record is "I Won't Come Back Again", with its Hammond organ swells and what sounds like Mize's most inspired, desperate vocal.

NEW SONG: Belgian Fog - "Before You Ever Talked" 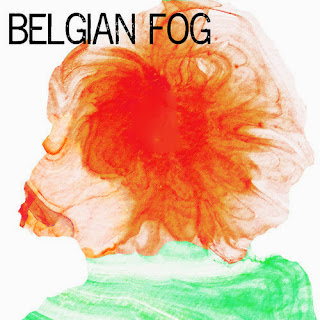 Belgian Fog is Seattle artist Robert Dale. He may or may not be building his way to a full album, but we've gotten three tracks from him in the last year and are happy to share the latest, "Before You Ever Talked" - a slow burner with elegant electronic music that sort of bubbles along under his emotion-rich vocals. It's a striking combination:

If this is your introduction to Belgian Fog, check out the previous tracks here and here.
Posted by John Hyland at 6/20/2014 No comments: 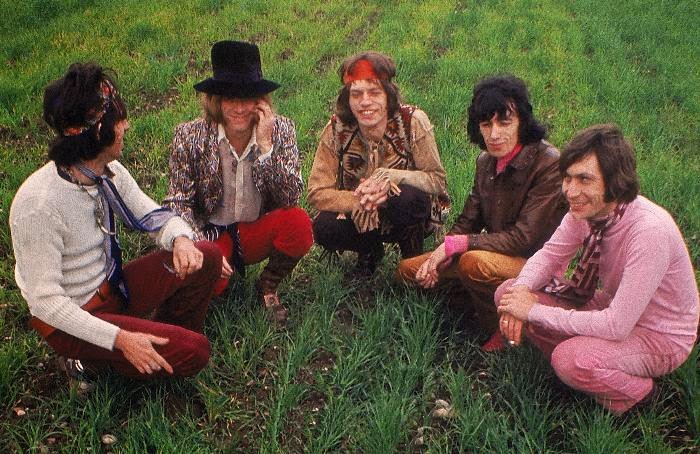 The Rolling Stones were firing on all cylinders in 1968, at their creative peak. And among the many unique moments on Beggars Banquet was "Factory Girl".  While the Stones have dabbled in country music throughout their career, "Factory Girl" is singular for them in its old time folk simplicity, drawing from both Appalachian and Irish folk traditions.


The lineup for this recording was Mick Jagger on vocals, Keith Richards on acoustic guitar, Charlie Watts on tabla, Brian Jones on Mellotron, Rocky Dijon on conga drums, Ric Grech on fiddle/violin, with additional help from Dave Mason and Nicky Hopkins.

Here's an even more stripped down version, live from 1989:

"Red, White and Blue" free from The Popguns to celebrate the World Cup

The Popguns have a free song for us to celebrate the World Cup.  "Red, White and Blue" provides you with that soundtrack for the moments before your team kicks off.  You can stream it below and download it for free at the Bandcamp link. 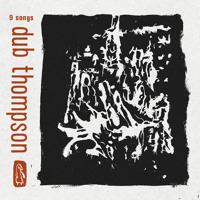 The core of Dub Thompson is 19-year-olds Matt Pulos (guitar/vocals) and Evan Laffer (drums), who grew up together outside of Los Angeles.  Perhaps it is a testament to the power of the internet that in their short lives they have been exposed to so many diverse musical influences.  And it is a testament to their talent that they have been able to use those influences to create the always entertaining, and frequently exciting, 9 Songs.

The album begins with the guitar/drums noise rock of "Hayward!", which begins with belching riffs, and then adds hooky guitar.  Shouted vocals are added a few minutes in, and then the song transitions into an extended jam.  We don't wait long for the change-up, as "No Time" takes us into dub rock/reggae territory.  Next, "Epicondyles" combines an ominous bass riff, shout-sing vocals and a judicious use of space to create on of the more interesting songs on the album.  Track four is the standout tribal groove of "Dograces".  By now the listener has detected strains of Pere Ubu, Gang of Four and even The Fall here.  The emphasis is on rhythms and jagged hooks, with occasional blasts of sunlight lightening the proceedings. Tracks five and six allow the band to flex their instrumental predilections, while "Ash Wednesday" is a sleazy vamp.  Noise rock comes back in the frame in fine fashion of album closer, "Pterodactyls".  Yes, that's right -- 9 Songs consists of only eight songs, so don't make yourself crazy looking for the hidden track.

I suspect a lot of the attention on Dub Thompson will be on the potential shown here, and there is reason for that.  But I submit that 9 Songs stands on its own merit as a fun listen.


9 Songs was release on June 10 via Dead Oceans.  It was produced by Foxygen's Jonathan Rado.

"Beauty Queen of Watts" by The Moles (free download)

A few months ago we reviewed the excellent collection of material from Australian/American Richard Davies' The Moles (here).  At the time, we thought the attention to the band was solely historical.  However, we've learned that not only are The Moles touring again, but an album of new material will be released later this year.  And to coincide with The Moles' July performances in the UK, Fire Records is releasing the single "Beauty Queen of Watts"/"The Chills".  I haven't heard the B-side yet, but the jangling pop perfection of the A-side has me very excited.  Stream the joyful sounds below, and note that it is a free download. 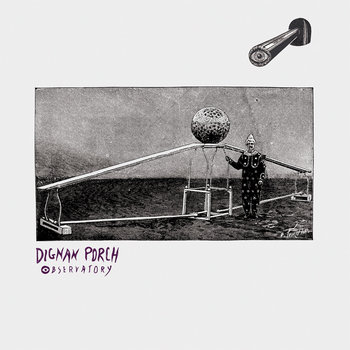 Let's start out with a spoiler -- Observatory may contend for inclusion of one of the top jangle pop/psychedelic albums of the year in my book.  It was created by Dignan Porch, purveyors of a sound so laid back that it is tempting to underestimate them, and I'll confess to having allowed them to drift from memory a few months after discussing their fine 2012 album Nothing Bad Will Ever Happen.  But perhaps now a reconsideration is in order, as this gang is not only talented but, I suspect, ambitious.  At least ambitious in the sense that they are willing to push the limits of their music, if not achieve world domination.  At the end of the day, however, we measure success for bands not in terms of ambition, but it terms of quality output.  And Observatory shines brightly on that scale.

To me, the secret to this album's charm is the right balance between excellent, and sincere, songwriting and a first-take feel to its performances.  Nothing is too glossy or over practiced, but it holds together enough for the quality to be evident.  One could get lost, and risk looking foolish, trying to categorize the predominant style, but being both brave and foolish, I'll venture that there is a lot of '90s guitar pop and '60s/early '70s psychedelic guitar pop with a touch of country rock.  It starts out with the pulsing, rhythm-heavy, semi-funky "Forever Unobscured", which is followed by the guitar-focused  "Deep Deep Problem".  Both tracks share a sing-along quality to the vocals which adds an element of warmth.  The third track, "Veil of Hze", is a lovely acoustic track with a mysterious vocal refrain. The fourth and fifth tracks, "No Lies" and "Between the Trees" venture into chugging guitar territory (the latter is especially nice).  Then comes one of the standout tracks, "Wait & Wait & Wait", which sounds like a California guitar pop nugget that could have been harvested from late Byrds recording sessions.  "Harshed" features a heavier, psychedelic sound.  The psychedelic feel continues through "I Plan to Come Back", but for "Dinner Tray" the band dials back to a jangling folk rock groove.  "A Warm Welcome to Hell" jangles, and "Got to Fly" adds some twang and pace to the jangle, making for one of the better tunes of the latter third of the album.  The sum of it all is a very satisfying album that should command your time as you relax this summer.

Dignan Porch started as a solo bedroom project of founder Joseph Walsh, and still adheres to the DIY ethos.  In addition to Joseph Walsh, the members are Sam Walsh (lead guitar), Ben Goodwin (bass), and Hayley Akins (keys, vocals).  The drums on the album were played by Luke Walsh, who also is a member of Old Forest.  The drums for live performances currently are played by Philippa Bloomfield.

It probably isn't unusual to hear your friends say that there is a lot of the music on the airwaves these days is junk.  But it hasn't been junk like JUNK.  This JUNK is lo-fi, jangly, a bit poppy and a bit punky.  Following up on their excellent jangling pop rush "All I Really Wanna Do (Is Baby Get Drunk With You)" -- for which we have provided a stream and a link to a download (yes, I know, we really are wonderful people here at WYMA), the band has gone semi-professional and is preparing to release the four-track Car EP in early July.  The lead track is here for your ears to taste. 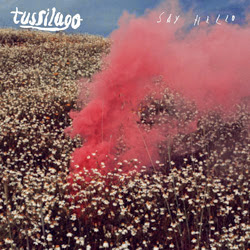 Tussilago is a Swedish band playing psychedelic, languid, reverb-heavy guitar rock. Not only is the music intriguing, the vocals are well-produced and the lead singer has a warm, full baritone which sort of adds to the musical interest.

The band consists of Pierre Riddez, Rickard Renström, Samuel Lundin and Zacharias Zachrisson, and they formed in 2011. They cite inspiration in bands like Dungen, The Doors, Fela Kuti and Deerhunter - a pretty wide swath of influences, and that sort of informs the breadth of their cinematic sound. Washes of keyboards, with some very pretty plucked guitar lines, eventually (over about the last 1:00 or so) opening up into a full-on guitar attack. In addition to their claimed influences, I'd also recommend this if you like Tame Impala.

Here's an earlier track, "Farewell" - an instrumental even more languid and measured than "Say Hello", it's every bit as beautiful, with a space-inspired fadeout at the end:

They promise an album in the fall, on their label, Stockholm-based Ingrid... something to look forward to. More at their links below.

Facebook
Ingrid Records
Posted by John Hyland at 6/15/2014 No comments: